Envy /ˈenvē/ noun: a feeling of discontented or resentful longing aroused by someone else’s possessions, qualities, or luck. Envy is from the Latin root word, invidia, the sense of envy, looking upon associated with the evil eye, from  invidere, “to look against, to look in a hostile manner.” Envy occurs when we pay attention to what we do not have. We pay more attention to what other people have; it comes from a place of ingratitude of our own blessings, it is a challenge of our perception, it is usually greener on the other side. Still, the truth is that those we are envious of also have their own issue.

In the age of social media, we are quick to compare the highlight reel and well-curated timelines of our peers to our own lives. As Ralph Waldo Emerson once said, “Envy is ignorance, Imitation is Suicide.” Envy is a cognitive distortion (thoughts that cause individuals to perceive reality inaccurately). Envy is the cause of our anxiety, worry, unhappiness, and our mental state. The only person you should be comparing yourself with is yourself, self-comparison with others only leads to unhappiness and resentment. Envy is as old as humanity itself from cain and able to Joseph and his brothers.

It is closest people to us that are usually envious of us, our parents, siblings, friends, colleagues, childhood peers. As the African Proverb  says “If there is no enemy within, the enemy outside can do us no harm.” Dealing with envy is very tough as it is the people we love the most that eventually get envious of us because of our success or progress. The key is to give gratitude for whatever you have and be content with the world and yourself.

Here are some great quotes on Envy:

Envy is the tax which all distinction must pay.-Ralph Waldo Emerson

If the grass is greener on the other side of the fence, you can bet the water bill is higher. – Debbie Macomber 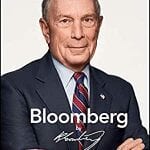 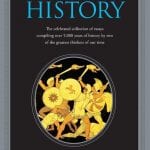 Book Summary – The Lessons of History by Will and Ariel Durant.