The hero does not become great during periods of comfort. The illustrious and noble souls of our world became strong, brave and moral whilst standing resolutely in the storms of adversity, difficulty and doubt. It is in the moment that you face your deepest weakness that you receive the chance to forge your greatest strengths. Real power, then, comes not from a life of ease but one of intense effort, devoted discipline and demanding action in the direction of what your supreme self knows to be right. To continue at a time when you ache to stop. To advance when you long to quit. To persist in the instant when you feel like giving up is to claim your membership among the great warriors and honorable characters who led humanity to a better place through their earned invincibility.

Here are top quotes from The 5 AM Club by Robin Sharma:

Spartan warrior credo: one who sweats more in training bleeds less in war.

All change is hard at first, messy in the middle and gorgeous at the end.

Give up the drop, become the ocean.- Rumi

Exceptionalism is a journey. Virtuosity is a voyage. 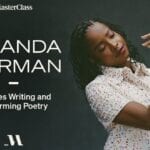 Courage by Edgar A. Guest.