Tim Cook: The Genius Who Took Apple to the Next Level by Leander Kahney.

Technology writer Leander Kahney, author of numerous books about Apple subcuTechnology writer Leander Kahney, the author of numerous books about Apple subculture and products, chronicles the journey of Apple CEO Tim Cook as the leader of the most valuable company in the world. When the founder and former CEO of Apple Steve Jobs died in 2011, there was a lot of skepticism surrounding the selection of Tim Cook as the new Apple CEO.

It’s easy now to look at Cook’s ascent to the head of the world’s biggest tech company as the markings of a new era for Apple, but in 2011 it felt more like an ending than a new chapter.

Tim Cook has steadied the Apple ship, leading the company to become the world’s first trillion-dollar company. Drawing on access with several Apple insiders, Kahney reveals how Cook have been able to maintain the Apple culture of innovation by taking some tough decisions, humane leadership, reinventing Apple’s supply chain and committing to his core values. In January 2022, CNBC reported that Apple first U.S. company to reach $3 trillion market cap.

Favourite Takeaways from Tim Cook: The Genius Who Took Apple to the Next Level by Leander Kahney:

Each time a man stands up for an ideal, or acts to improve the lot of others, or strikes out against injustice, he sends forth a tiny ripple of hope, and crossing each other from a million different centers of energy and daring, those ripples build a current that can sweep down the mightiest walls of oppression and resistance. – Robert F. Kennedy

When Tim Cook took over as CEO of Apple in 2011, he had big shoes to fill. One of the largest, most innovative companies in the world had just lost its visionary founder. Steve Jobs and the company he cofounded were beyond iconic, and with him gone, pundits predicted disaster. With rising competition from Android, and uncertainty about future products, Cook had everything to lose by stepping into the driver’s seat.

Since Jobs died, Apple reached the ultimate milestone, becoming the world’s first trillion-dollar company, making it the most valuable corporation in the world. Its stock has nearly tripled. Its cash reserves have more than quadrupled since 2010, to a record $267.2 billion—despite its spending nearly $220 billion in stock buybacks and dividends. For perspective, the U.S. government only has $271 billion cash on hand.

Cook’s Apple is crushing the competition in almost every way.

Apple has sold more than 1.2 billion iPhones in the ten years since it was introduced—four of those years thanks to Jobs’s leadership, then the rest under Cook. Cumulative sales are approaching $1 trillion in revenue alone. While Android may ship more handsets, Apple is by far the revenue leader and taking 80 percent of all the profit in the mobile industry.

PC sales are down 26 percent overall from their peak in 2011. Thanks to tablets and smartphones, the PC market seemed unlikely ever to recover. But since Cook took over, Apple has been steadily growing its slice of the market, from 5 percent in 2011 to about 7 percent today.

Apple blew open a whole new industry with wearables. Launched in April 2015, the Apple Watch is the first major product of the Tim Cook era that had no input from Steve Jobs. It is a sleeper hit, with more than forty million Apple Watch wearers and sales up 50 percent quarter over quarter. Apple’s watch business is already bigger than Rolex.

Apple’s AirPods are another hit; the company is expected to sell fifty million–plus AirPods and Beats headphones in 2018. With the new HomePod speaker, Apple’s smart audio business could exceed $10 billion annually.

Apple’s service business is also growing astronomically. Responsible for $9.1 billion in Q2 2018, it is Apple’s second biggest segment by revenue and is almost as big as the satellite TV company Dish Networks. If it were to stand alone, services would be a Fortune 500 company.

Apple is rumored to be building a robot car, which, if successful, threatens to disrupt the $2 trillion global automotive industry the same way Apple crushed the mobile phone industry. GM and Ford may end up like Nokia and Motorola.

Under Cook, Apple isn’t as cutthroat and “abrasive as it was before—without undoing the company’s core products or increasing profits. While Jobs often set teams against each other—and even individual executives— Cook has favored a more harmonious approach, letting go of a few executives who created conflict and drama while increasing cross-collaboration between previously heavily siloed teams.

Cook already had the crucial experience of running Apple and had done so effectively. He had stepped in when Jobs took two leaves of absence, in 2009 and 2011, after his initial pancreatic cancer diagnosis in 2003. While Jobs was away, Cook ran Apple as chief executive, overseeing the company’s day-to-day operations. He was so unlike Steve Jobs, but he had run the company successfully twice, so the board clearly felt that he would maintain Apple’s long-lasting stability.

The news of Jobs’s death sent ripples of shock and mourning around the world. Never before had the death of a chief executive affected people so intensely. The reaction to his death was unprecedented—despite his often tyrannical leadership of one of the world’s most valuable companies, he had maintained a positive public image. He was beloved.

President Barack Obama hailed Jobs as “among the greatest of American innovators—brave enough to think different, bold enough to believe he could change the world, and talented enough to do it.

At the time of his death, Jobs had become modern America’s most lionized CEO. Not only had he saved Apple from certain death in the late 1990s, but he’d transformed the company into a massive hit-making machine. The epoch-defining Mac, iPod, iPhone, and iPad had transformed Apple into one of the biggest companies in tech, and certainly the most copied.

After graduating from high school in 1978, Cook left Robertsdale to attend Auburn University, where he pursued a bachelor of science degree in industrial engineering, one of his long-term goals.

Immediately upon receiving his degree in electrical engineering, Cook joined IBM’s fast-growing PC operation, a relatively new division of the computing giant that operated out of a big assembly plant in Research Triangle Park in North Carolina. With the exception of the occasional trip to Auburn for football games, he never looked back.

Though Cook had always been a strong but quiet force in school, at IBM he really started to excel as a leader, and people noticed. He had a natural talent for leadership, and he started to grow into himself at IBM, honing his skills with additional schooling at Duke.

Cook wanted more and began attending evening classes at Duke University’s Fuqua School of Business, which earned him a master of business administration in 1988. Getting an MBA was Cook’s idea, but IBM paid for it.

During his short six-month tenure at Compaq, Cook helped the company transition to a build-to-order manufacturing model, another offspring of JIT, which Compaq named the “Optimized Distribution Model.” Rather than building machines in anticipation of demand and allowing them to stack up on shelves, Compaq would begin the manufacturing process after orders had been received—a model that rivals like Dell and Gateway were already following. Instead of building to a forecast, computers were built to fulfill actual orders.

“Cook played an important role in the ODM transition at Compaq, and it wasn’t long before his efforts would land him on Jobs’s radar. At Compaq, he was the middleman who had worked closely with the company’s contract manufacturers to make the transition to ODM happen.

At the time, Apple was in desperate need of overhauling its own messy manufacturing process. Jobs started looking for solutions and found just the right man for the job.

Coming from a procurement background, Cook couldn’t have been a better fit for Apple—and for Steve Jobs personally. Upon meeting Cook, Jobs understood immediately that they shared the same perspective on manufacturing.

Jobs hired Cook, aged thirty-seven, as senior vice president of worldwide operations in March 1998, with a base salary of $400,000 and a $500,000 signing bonus. Cook was given the sizable job of overhauling Apple’s manufacturing and distribution. And it was one of the best hires Jobs ever made.

In 1998, Cook got rid of tens of thousands of unsold Macs, which had carelessly piled up in the days before Apple’s turnaround, by sending them to a landfill.

Cook’s revolutionary outsourcing initiatives decreased the need for domestic factories and contributed hugely to Apple’s increased success. By outsourcing the majority of Apple’s operations and ramping up their partnership with Foxconn, Cook was doing something that had never been done before, to amazing results, and Apple executives, Steve Jobs especially, took notice.

In 2002, four years after Cook joined Apple, he was tasked with leading sales as well as operations. He was also given a new title: executive vice president of worldwide sales and operations. In 2004, Jobs appointed him head of the Macintosh hardware division, and in 2005 he secured another big promotion to COO.

Unlike some of his colleagues, Cook appeared to have little life outside of Apple. He led by example, but it was an example that few—particularly those with kids and partners at home—could hope to follow. He took conference calls on Sunday nights, was replying to emails by 3:45 a.m. and was at his desk by 6 a.m. every morning. He worked twelve- or thirteen-hour days in the office, and then returned home to answer more emails.

It wasn’t unheard of for Cook to fly to China, work three days without acknowledging the sixteen-hour time difference, fly back, land at 7 a.m., and be in the office for a meeting at 8:30.

When he wasn’t in the office, his idea of relaxation was either hitting the gym or going rock climbing. He’s also an avid cyclist and often bikes on Saturdays and Sundays, providing colleagues a rare respite from his emails. 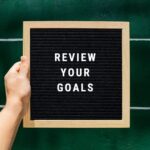 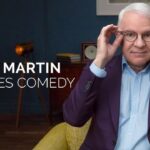