Steve Martin was born in 1945 and raised in Inglewood, California. An imaginative youth, Steve nurtured a love for performing at an early age and became a talented musician and magician in college before turning his focus to comedy. He began writing for The Smothers Brothers Comedy Hour while in college, and in 1969 won an Emmy Award for his work on the show.

Steve cultivated a small but dedicated fanbase in the 1970s for his stand-up routines, but it wasn’t until his 1976 appearance hosting Saturday Night Live that he became a renown comedian. Following his breakthrough, Steve transitioned from stand-up to acting and cemented a reputation as a blockbuster movie star with films like The Jerk (1979) and All of Me (1984). To date, he has acted in over 45 films and written 11.

Don’t be intimidated starting with nothing. In fact, if you start with nothing, the workaround can lead you to originality.

Go to Where the action is

Everything you see, hear, experience is usable.

Always listen and observe the world, as everything around you can be used in your comedy routine, skit, or screenplay. Allow funny things that people say, and the way they behave and carry themselves, to inform your stand-up. Put your own spin on the material you gather from friends, and be sure to write your ideas down before you lose them. Ask yourself, “What does society need?” and fill that gap with your voice.

Your comedic voice should be unique. Try not to be derivative, and attempt to find something you can call yourself. Characterize yourself and always keep your attributes in mind when you’re developing new bits. You should strive to form material around qualities and characteristics that adhere to your image and comedic voice. Try building a comedy manifesto that you can use as the springboard for your voice and your act. Establish your taste by determining what you will say and how you will say it.

Everything determines your artistic image, from the language you use to the clothes you wear to the level of intellect to which you appeal. Even the things you exclude from your act contribute to your comedic persona. Your persona is the mechanism by which you disseminate your voice. Consider how the two elements inform one another and see what you come up with. As a comedian, you have the freedom to choose who you want to be and define a personality that you can inhabit on stage.

What you’re doing on stage is creating an artistic image of yourself determined by the things you put in, the things you leave out, its level of intellect—high or low—the use of language.

Pay attention to yourself, the way you naturally behave, and how you interact with others as you develop your comedic persona. Consider starting with your worst quality, as it can be riper for comedy than your admirable traits. Think about opportunities for parody when constructing your persona. Picture yourself at your best. What does that mean for you? Aspire to that image of yourself.

Your timing is significant and constitutes not only the speed and volume at which you deliver lines, but also the negative moments in which you’re not speaking. A fundamental component of your timing is waiting for a laugh to be over and knowing when to proceed. Don’t start your next joke while laughter from the previous one is still going, but be sure to begin before the laughter dies out.

Your act is a composite. Every element matters when you’re performing, from the words you speak to the motions that accompany them. Even the break you take to sip water or look at your setlist should be filled with intention, otherwise, your act will lose momentum. The more precise you can be, the more movement you’ll create for the audience.

Precision comes with performance experience; when you say a line for the hundredth time, the consonants and the vowels will subtly fall into place and you’ll be more aware of their impact on the audience.

Opening and Closing your act

Your opening is valuable real estate. It’s one of the most important components of your show, so don’t squander it. The beginning is your chance to show the audience who you are, and the ending presents an opportunity to tie your act together and give it meaning. If you’re not sure how to end, look in the beginning or middle for material you can reintroduce in order to provide cohesion.

Thinking of your routine as a story will also help you conclude in a way that is satisfying for your audience. Keep in mind that the ending is what they remember, so place your biggest and most successful bits at the end. 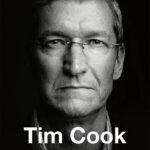 Tim Cook: The Genius Who Took Apple to the Next Level by Leander Kahney. 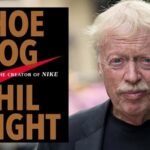