In Play Nice But Win: A CEO’s Journey from Founder to Leader, founder, chairman, and CEO of Dell Technologies, Micheal Dell reflects on the three major battles waged for the soul of Dell Technologies: launching it, keeping it and transforming it. Dell describes the highs and lows of running the business in the midst of changing technology industry.

“My parents had a saying for when my brothers and I went out to play street ball with our friends: “Play nice but win.”

“I had an incessant energy and was going in all directions at once. When I was in second or third grade my parents sent me to a child psychiatrist, Dr. Pesikoff. I remember playing table hockey and doing puzzles with him. I later asked Mom and Dad why they’d sent me, and they said they couldn’t figure me out. (I was also a stutterer; my mom sent me to a speech coach around the same time.) The report back from Dr. Pesikoff was “the kid is fine.” He was more worried about my parents being able to deal with all my curiosity.”

Parents Influence: Discussing the economy on the Dinner Table

“My parents weren’t into sports; we didn’t sit around on the weekend and watch the game. When my mom and dad talked, it wasn’t gossip or chitchat. They were constantly discussing the economy: What was the Federal Reserve doing? Where were oil prices and interest rates and currencies and the stock market? We had Forbes and Fortune and Barron’s in the house; we used to love watching Louis Rukeyser’s Wall Street Week. Even before my mom started working as a stockbroker, she had these huge Value Line books, with pages and pages of information on individual companies. I soaked it all in.”

Entrepreneurship was the air my family breathed. I discovered early that I liked to make money: I thought it was fun! So I went to work. Early. During the summers, when I wasn’t at camp, I worked in my dad’s orthodontic practice. I would sterilize the instruments and help prepare the office for all the patients each day. I liked going to work with Dad and seeing how many patients he helped: some of the cases were quite challenging. His work was extremely precise—he was very much the scientist at work, making calculations, planning and checking to make sure every patient had the best possible results.

In Texas, when you want to get a marriage license you have to go to the county courthouse to apply, giving the address you want the license sent to. And I figured out that under the Freedom of Information Act (FOIA), I, as a fellow Texas citizen, was entitled to go to any county courthouse in the state and say, “I want to see all the marriage license applications you received during the past year.” I clearly remember the first time I did it, at the Harris County courthouse, downtown Houston. The guy on the other side of the counter looked at me like, “Oh my God.” Then he said, “Are you sure?” Then he disappeared for what felt like an hour and came back carrying these huge books. And I thought, Jackpot.

In one stroke I had gone from the hit-or-miss of cold-calling to discovering a gold mine of people who were way more likely than not to subscribe to the paper.

Part of the building boom in Houston was that all these very large apartment and condominium complexes were going up. I would go to these places and say, “I’m from the Houston Post, and we’ve got this great offer where all your new residents can get the paper free for two weeks. Just fill out this little form.”

Between all the young married and the new apartment dwellers, I made a little over $18,000 that summer.

In the few hours when I wasn’t working, I was devouring books about leadership and management, learning about all the things I didn’t know. I was twenty-one—a curious and ambitious twenty-one, to be sure, but there was a lot I didn’t know. To date I’d tried to hire the best people I could: people who could help the company grow, people who knew more about their area of expertise than I did. Otherwise, why hire them? I did make some hiring mistakes, but I was pretty fast to correct them and move on.

“But it was now dawning on me that the biggest mistake I’d made wasn’t someone I’d hired but someone I hadn’t hired yet.” 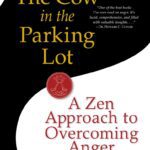 Book Summary: The Cow in the Parking Lot: A Zen Approach to Overcoming Anger by Susan Edmiston & Leonard Scheff. 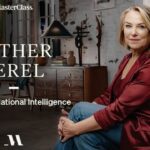