Book Summary – The Gift of Fear by Gavin De Becker

Intuition heeded is far more valuable than simple knowledge. Intuition is a gift we all have, whereas retention of knowledge is a skill. Rare is the expert who combines an informed opinion with a strong respect for his own intuition and curiosity.

In The Gift of Fear: And Other Survival Signals That Protect Us from Violence, Gavin De Becker shares some great insights on how to spot even subtle signs of danger—before it’s too late, how most violent acts are predictable, the need to follow your intuition more often. Gavin De Becker is the founder, and chairman of Gavin de Becker and Associates, Gavins’ firm predicts human behavior, behavior in one category mostly: violence.

The basic premise of the book: Listen to your intuition more, and the gift of fear can save your life. In the book, Gavin shows how intuition works for you, and how denial works against you, how fear can be central to your safety, but is frequently misplaced. He also explores the role of threats in our lives and show how you can tell the difference between a real warning and mere words.

Every type of con relies upon distracting us from the obvious

Here are my favourite take aways from reading the The Gift of Fear by Gavin De Becker:

Denial is a save-now-pay-later scheme, a contract written entirely in small print, for in the long run, the denying person knows the truth on some level, and it causes a constant low-grade anxiety.

“root of the word intuition, tuere, means “to guard, to protect.”

Intuition heeded is far more valuable than simple knowledge. Intuition is a gift we all have, whereas retention of knowledge is a skill.

Intuition is our most complex cognitive process and at the same time the simplest.

It is knowing without knowing why.

The single most important tool of any prediction: pre-incident indicators.

Men at their core believe women will laugh at them while Women believe men will kill them.

Everything a person does is created twice—once in the mind and once in its execution—ideas and impulses are pre-incident indicators for action.

How do you find them before they victimize someone?

Niceness does not equal Goodness. 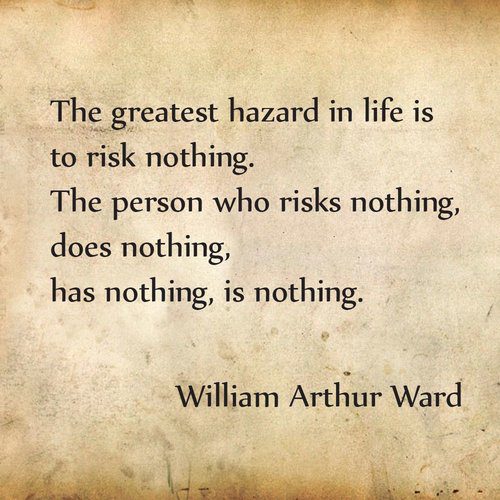 To Risk by William Arthur Ward