“A leader is best when people barely know he exists. When his work is done, his aim fulfilled, they will say: we did it ourselves.” –Lao Tzu

I once read a great definition of Leadership which goes thus: “Leadership is unveiled by vision, driven by passion, engineered by sacrifice, activated by planning and actualized through tireless pursuit”. Ever since i read this definition of leadership, it has directed my outlook on leadership. A leader has the following attribute: Vision, Passion, ability to sacrifice for the common good, they are diligent planners and they are relentless executioners. Leadership is an inside out job, you can not give what you do not have, first within, then without.

Leadership is unveiled by vision, driven by passion, engineered by sacrifice, actualized by planning and activated through tireless pursuit

The major reason for the leadership crisis we have in the world today is as a result of outside-in Leadership. As Austrian-American management consultant and author Peter Drucker once quipped ““Only three things happen naturally in organizations: friction, confusion and underperformance. Everything else requires leadership.”

If you look to lead, invest at least 40% of your time managing yourself – your ethics, character, principles, purpose, motivation, and conduct. Invest at least 30% managing those with authority over you, and 15% managing your peers. – Dee Hock, Founder of VISA

Someone that has not led his household wants to lead a whole nation or multinational organization, someone that find it hard to lay his bed every morning wants to lead a team of professionals, we want to look outside of ourselves for leadership but as Swiss Psychoanalyst Carl Jung once quipped ” Your vision will become clear only when you can look into your own heart. Who looks outside, dreams; who looks inside, awakes.” The key to becoming a great leader requires leading yourself before trying to lead others and that involves developing a lot of self-awareness. It is a quality that is the hallmark of great leaders, entrepreneurs and self-starters. They fundamentally know that we get rewarded in public for what we diligently and relentlessly practice in private. If you can win your internal battles, you would be in the position to lead others in external battles.

“Leaders are effective because of who they are on the inside—in the qualities that make them up as people. And to go to the highest level of leadership, people have to develop these traits from the inside out.” writes Leadership author John C. Maxwell in his book, The 21 Indispensable Qualities of a Leader: Becoming the Person Others Will Want to Follow, he further noted that:

One of my favourite John Maxwell advice is that of becoming a tour guide instead of being a travel agent. He uses the travel industry as a metaphor for leadership

“Too many leaders are like travel agents – they want to send people where they’ve never been.” — John Maxwell

Travel agent sell the tickets and package to our travel destinations and most times they have never been to the destination. Whereas the tour guide show us the city, they go on the journey with us, they understand the terrain, history, cultural nuance of the city and destination they are showing us. Poor leaders often give their people direction without showing them how to get there. Great leaders lead the way and show their followers the route to their destination. By participating and leading the way, great leaders instill confidence in their people as they know their leader has got skin in the game.

The best way to find yourself is to lose yourself in the service of others. – Mahatma Gandhi

“True leadership means being able to think for yourself and act on your convictions.” American essayist and critic William Deresiewicz wrote in his 2010 essay: Solitude and leadership:

Unless you know who you are, how will you figure out what you want to do with the rest of your life? Unless you’re able to listen to yourself, to that quiet voice inside that tells you what you really care about, what you really believe in.

Leadership means finding a new direction, not simply putting yourself at the front of the herd that’s heading toward the cliff.

The Score Takes Care of Itself: My Philosophy of Leadership is a great book about the leadership philosophy of NFL’s greatest coach Bill Walsh, who was the head coach of the San Francisco 49ers and the Stanford Cardinal, where he won three NFC Championship titles, and three Super Bowls.  I first heard about the book from watching Jack Dorseys 2013 Y Combinator’s Startup School talk where he spoke highly of the book and Leadership author John C. Maxwell refered to the book as one of his favourite book of Leadership.

A good leader is always learning. The great leaders start learning young and continue until their last breath.

Bill Walsh noted that teaching defines your leadership. He writes:

There are winners, and there are people who would like to be winners but just don’t know how to do it. Intelligent and talented people who are motivated can learn how to become winners if they have someone who will teach them.

Leadership, at its best, is exactly that: teaching skills, attitudes, and goals (yes, goals are both defined and taught) to individuals who are part of your organization. Most things in life require good teaching—raising a family and educating children, running a company or sales team, or coaching athletes—so it’s unfortunate that more people don’t spend the time and thought required to do it effectively.

The more you know, the higher you go. To advance in any profession, I believe it is imperative to understand all aspects of that profession, not just one particular area: Only expertise makes you an expert. A teacher gains expertise by seeking out great teachers, mentors, and other sources of information and wisdom in a relentless effort to add to his or her own knowledge.

In his book, Enough: True Measures of Money, Business, and Life, founder and chief executive of The Vanguard Group John C. Bogle highlighted 10 rules for building a great organization. He wrote:

“What, then, are the characteristics of good leadership and of good management? On that subject, I have (surprise!) strong opinions, most of them formed in the crucible of my own six decades of business experience, including four decades as a leader—nine years as chief executive of Wellington Management, 22 years as chief of Vanguard, and (if you will) now nine years running Vanguard’s admittedly tiny Bogle Financial Markets Research Center, with its crew of three plus me. So here I speak from my own broad, firsthand, and often hard-won experience.”

If you demand hard work, work hard. If you want your colleagues to level with you, level with them. It’s not very complicated!

Rule 6: Don’t Overmanage
Rule 7: Recognize Individual Achievement
Rule 8: A Reminder—Loyalty Is a Two-Way Street
Rule 9: Lead and Manage for the Long Term
Rule 10: Press On, Regardless

If there were a single phrase that best articulates the attitude of business leaders and managers who both deserve and reward a great workforce, it would be “press on, regardless.” It is a rule of life that has been a motto of my family for as long as I can remember, and has sustained me through times thick and times thin alike.

Leadership is not about your position or title, it is about the effect you have on people. A leader is a dealer in hope, possibility, visioning and leading the way. A leader is someone who knows the way, goes the way and shows the way. American civil rights movement leader Martin Luther King Jnr. once observed that “Everybody can be great…because anybody can serve. You don’t have to have a college degree to serve. You don’t have to make your subject and verb agree to serve. You only need a heart full of grace. A soul generated by love.” Leadership involves serving people, sacrificing for the greater good and helping people achieve their dreams, goals and aspirations.

You can have everything in life you want, if you will just help other people get what they want. – Zig Ziglar

Executive coach and author Lolly Daskal in her book, The Leadership Gap: What Gets Between You and Your Greatness, describes Seven Leadership Archetypes and Gaps. She writes:

1. The Rebel, driven by confidence.
Gap: The Imposter who is so insecure they play havoc with their mind because they self -doubt.

2. The Explorer, fueled by intuition.
Gap: The Exploiter who manipulates every chance they get just so you will not know how powerless they really feel.

3. The Truth Teller, embraces candor
Gap: The Deceiver who is suspicious about everyone because they cannot trust themselves to speak the truth.

4. The Hero, embodies courage;
Gap: The Bystander who is too fearful to be brave, too conservative to take a risk, and to cautious to take a stand.

5. The Inventor, brimming with integrity.
Gap: The Destroyer who is corrupt and would rather watch great ideas die than get credit for them.

6. The Navigator, trusts and is trusted;
The Fixer who is arrogant and a chronic rescuer no one trusts.

7. The Knight, loyalty is everything;
Gap: The Mercenary who is self -serving and put their own needs before those of the team, the business or the organization.

There is a great poem that epitomizes what leadership is, it is about what you do and not really what you say. Leadership is a verb, not a noun.

Leadership builds up, not down.
It is active, not passive,
Leadership brings a smile, not a frown.
Leadership gives credit, not blame.
It casts vision, not doubt,
Leadership drives change, not same.
Leadership adds value, not clutter.
It sees causes, not symptoms,
Leadership ignites passion, not a sputter.
Leadership helps you swim, not drown.
It is inspiring, not expiring,
Leadership is a verb, not a noun.

You Can Have Everything in Life You Want if You Will Just Help Enough Other People Get What They Want.- Zig Ziglar

Leadership involves sacrificing for the common good, self-leadership, self-awareness, service to humanity and leading the way. What the world need is more leaders who can exhibit courage and resilience in trying times. As Martin Luther King Jnr. noted “The ultimate measure of a man is not where he stands in moments of comfort and convenience, but where he stands at times of challenge and controversy.” There are going to be trying times, it is not a matter of if, it is a matter of when, every good would be tested. Whatever would go wrong would eventually go wrong. The ultimate test is how you handle the tough times. If you can lead your self successfully, leading others would not be that hard.

I don’t know what your destiny will be, but one thing I know: the only ones among you who will be really happy are those who will have sought and found how to serve. Albert Schweitzer 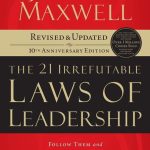 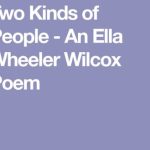 You are your Routine.