Sing your death song and die like a hero going home.

Tecumseh was a Native American Shawnee chief and warrior who became the primary leader of a multi-tribal confederacy that led his people to resist the expansion of the United States into Native American land. He was one of the most celebrated leaders of his time.

So live your life that the fear of death can never enter your heart. Trouble no one about their religion; respect others in their view, and demand that they respect yours. Love your life, perfect your life, and beautify all things in your life. Seek to make your life long and its purpose in the service of your people. Prepare a noble death song for the day when you go over the great divide.

Always give a word or a sign of salute when meeting or passing a friend, even a stranger, when in a lonely place. Show respect to all people and grovel to none.

When you arise in the morning give thanks for the light, your strength, the food, and for the joy of living. If you see no reason for giving thanks, the fault lies only in yourself. Abuse no one and no thing, for abuse turns the wise ones to fools and robs the spirit of its vision.

When it comes your time to die, be not like those whose hearts are filled with the fear of death, so that when their time comes they weep and pray for a little more time to live their lives over again in a different way.

Sing your death song and die like a hero going home. 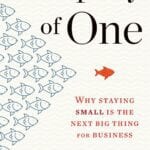 Ella Wheeler Wilcox – Which Are You? Poem

I Don’t Regret a Mile by Howard Goodman

Start where you stand by  Berton Braley.