Iron Mike Tyson is considered one of the greatest heavyweight boxers of all time. In a career that spanned thirty years (1985-2005), he reigned as the undisputed world heavyweight champion from 1987 to 1990. Tyson made over 400 million dollars in his boxing career. However, he lost most of his wealth due to a series of poor financial decisions, drugs, alcohol and sex addiction. In 2003, Tyson filed for bankruptcy with $23 million dollars in debt.

In Undisputed Truth: My Autobiography, the former boxing world heavyweight champion Mike Tyson lays bare the roller coaster story of his life and career. At 20, Tyson became the youngest heavyweight world champion on November 22, 1986, when he knocked out 33-year-old Trevor Berbick in 5 minutes and 35 seconds.

Tyson’s Undisputed Truth is a no-holds-barred, raw account of his life, successes, failures, lessons learned, triumphs, tribulations, regrets and hopes for the future. Tyson writes candidly about his dysfunctional childhood, his first trainer Cus D’Amato, becoming the youngest heavyweight champion of the world, dealing with fame, losing most of his money, his challenge with substance abuse, addictions, attempts at recovery and infamy.

As Motivational speaker Jim Rohn once quipped, “Your life, my life, the life of each one of us is going to serve as either a warning or an example. A warning of the consequences of neglect, self-pity, lack of direction and ambition… or an example of talent put to use, of discipline self-imposed, and of objectives clearly perceived and intensely pursued.”

Tyson’s story is a great book which serves as a template of what self-discipline can do for an individual – Become the youngest heavyweight champion of the world. Discipline weighs ounces, and regret weighs tons, as Jim Rohn often said. Discipline brought Tyson fame, fortune, recognition and stardom. His story is also a warning of what indiscipline and lack of direction can do to an individual – financial recklessness, substance abuse, addiction, depression, infamy and self-destruction.

Tyson’s account of his life taught me more about the need for financial discipline than all the other 20+ books I have read about financial management. Tyson’s life story is a great example of where self-discipline can take an individual – Greatness and a warning of what indiscipline can do to an individual – substance abuse, addiction, self-destruction and infamy.

“Some people might read some of the things I’m talking about and judge me as an adult, call me a criminal, but I did these things over thirty-five years ago. I was a little kid looking for love and acceptance and the streets were where I found it. It was the only education I had, and these guys were my teachers”

“My mother, Lorna Mae, was a New Yorker but she was born down south in Virginia. Everybody liked my mom. When I was born, she was working as a prison matron at the Women’s House of Detention in Manhattan, but she was studying to be a teacher. She had completed three years of college when she met my dad. He got sick so she had to drop out of school to care for him. For a person that well educated, she didn’t have very good taste in men”

“I never saw my mother happy with me or proud of me doing something. I never got a chance to talk to her or know her. Professionally that would have no effect on me, but emotional and psychologically, it was crushing. I would be with my friends and I’d see their mothers kiss them. I never had that. You’d think that if she let me sleep in her bed until I was fifteen, she would have liked me, but she was drunk all the time.”

“I don’t know much about my father’s family. In fact, I didn’t really know my father much at all. Or the man I was told was my father. On my birth certificate it said my father was Percel Tyson. The only problem was that my brother, my sister, and I never met this guy.”

“We were all told that our biological father was Jimmy “Curlee” Kirkpatrick Jr. But he was barely in the picture. As time went on I heard rumors that Curlee was a pimp and that he used to extort ladies. ”

“If you listen to me, I can make you the youngest heavyweight champion of all time.”

When I got discouraged, as I often did, Cus would massage my mind with thoughts of an exotic world with great treasures. Everything he said was foreign to me, but I liked the sound of it.

“All you have to do is listen to me,” he’d say. “People of royal descent will know your name. Do you hear what I’m saying to you, boy? The whole world will know who you are. Your family name will reign. People will respect your mother, your family, your children. When you enter a room, people will stand up and give you an ovation.”

“Cus had given me a huge boxing encyclopedia to look at and I didn’t sleep that whole night, I just read the whole book. I read about Benny Leonard and Harry Greb and Jack Johnson. I got turned out real bad. I wanted to be like those guys; they looked like they had no rules. They worked hard, but on their downtime they just lounged and people came to them like they were gods.”

“Doing something you hate to do like you love it is good conditioning for someone aspiring towards greatness.”

“Even though I was functioning, I’d lost my spirit, my belief in myself. I lost all my energy to do anything good. I don’t think I ever did get over his death. I was also mad at him when he died. I was so bitter. If he’d only gone to the doctor’s earlier, he could’ve been alive to protect me. But he wanted to be stubborn, so he didn’t get treated and he died and left me out there alone for these animals in the boxing world to take advantage of. After Cus died, I just didn’t care about anything anymore. I was basically fighting for the money. I didn’t really have a dream. It would be good to win the title, but I just wanted to get some wine, have some fun, party, and get fucked up.”

Once I began making a lot of money boxing, I got a reputation as being a Robin Hood in the hood. People who didn’t know me would make a big deal about me going back to Brownsville and giving my money away. But it wasn’t like that. People who came from where I had come from had a responsibility to take care of their friends even if it was twenty years later. So if I went away and made this money and I went back I had to break off some for my friends who weren’t doing as well. I would pick up cash from Cayton’s office and divide the hundred-dollar bills into packets of a thousand dollars. I’d usually carry about twenty-five thousand in cash with me and would go around and distribute it to my friends when I’d see them. I’d tell them to go buy a tailored suit and then we’d go out that night.

I didn’t even have to know the people who I gave money to. I’d stop my car and give out hundred-dollar bills to bums and homeless people. I’d gather up a bunch of street urchins and take them to Lester’s Sporting Goods store and buy them all new sneakers. I later found out that Harry Houdini did the same thing when he started to make it. I guess that’s what poor people who get rich real quick do. They don’t feel like they deserve it. I felt that way sometimes, because I forgot how much hard work I had put into my career.

My days of abstinence were over. I was an extremist at everything I did, including sex. Once I started banging women, the floodgates opened. Short, tall, sophisticated, ugly, high-society, street girls, my criteria was breathing.

Being the champ made me slightly more confident around women, but it also made the women a lot more aggressive. So that made me feel it was okay to do things. Like if they were hugging me, it made me feel that it was okay to grab their ass and kiss them because at twenty I still didn’t know any better. I really believed that every women who approached me wanted to have sex with me. Before I was “Mike Tyson” nobody wanted anything to do with me. Since I wasn’t particularly adept with women, if I slept with someone once, I’d try to see them again.

Once I started, I couldn’t stop. I got too self-indulgent. I’d have ten women hanging out in my hotel room in Vegas. When I had to go down ffor the press conference, I’d bring one and leave the rest in the room for when I was finished. Sometimes I’d get naked and put the championship belt on and have sex with a girl. Whenever there was a willing partner, I wanted to do it. The crazy part was that I was trying to satisfy each one of them. That was impossible; these ladies were nuts. After a while, I put together a Rolodex of girls in different cities. I had my Vegas girls, my L.A. girls, my Florida girls, my Detroit girls. Oh, man, why would I want to do that? 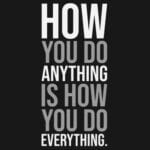 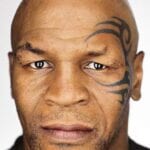