The cowards never started and the weak died along the way—that leaves us.

At 24, Phil Knight had a crazy idea based on a paper he wrote while enrolled as a student at the Stanford Graduate School of Business. In the paper, he asked the following question: “Can Japanese Sports Shoes Do to German Sports Shoes What Japanese Cameras Did to German Cameras?”. After a trip around the world, he decided to setup Blue Ribbon Sports (later Nike) with the goal of importing high-quality, low-cost running shoes from Japan. With that humble beginning, Nike is today the world’s largest supplier of athletic shoes and apparel and with revenue of $44.5 billion in its fiscal year 2021 (ending May 31, 2021). 1

In Shoe Dog: A Memoir by the Creator of Nike, Founder of Nike Phil Knight shares the origin story, the humble beginning, building a team, his personal and business philosophy. As of February 2022, Phil Knight is the 23rd richest person in the world, with an estimated net worth of US$53.6 billion according to Forbes. 2

“The best teacher I ever had, one of the finest men I ever knew, spoke of that trail often. It’s our birthright, he’d growl. Our character, our fate—our DNA. “The cowards never started,” he’d tell me, “and the weak died along the way—that leaves us.”

The cowards never started and the weak died along the way—that leaves us.

Like it or not, life is a game. Whoever denies that truth, whoever simply refuses to play, gets left on the sidelines, and I didn’t want that. More than anything, that was the thing I did not want.

History is one long processional of crazy ideas. The things I loved most—books, sports, democracy, free ­enterprise—started as crazy ideas.

For that matter, few ideas are as crazy as my favorite thing, running. It’s hard. It’s painful. It’s risky. The rewards are few and far from guaranteed. When you run around an oval track, or down an empty road, you have no real destination. At least, none that can fully justify the effort. The act itself becomes the destination. It’s not just that there’s no finish line; it’s that you define the finish line. Whatever pleasures or gains you derive from the act of running, you must find them within. It’s all in how you frame it, how you sell it to yourself.

Every runner knows this. You run and run, mile after mile, and you never quite know why. You tell yourself that you’re running toward some goal, chasing some rush, but really you run because the alternative, stopping, scares you to death.

The average person takes seventy-­five hundred steps a day, 274 million steps over the course of a long life, the equivalent of six times around the globe—shoe dogs, it seemed to me, simply wanted to be part of that journey.

On Failure
Each of us had been misunderstood, misjudged, dismissed. Shunned by bosses, spurned by luck, rejected by society, shortchanged by fate when looks and other natural graces were handed out. We’d each been forged by early failure. We’d each given ourselves to some quest, some attempt at validation or meaning, and fallen short.

Imitation is flattery, but knockoff is theft

Trade is the path of coexistence, cooperation. Peace feeds on prosperity.

The harder you work, the better your Tao. 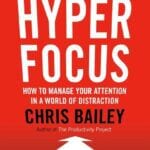