Self-Interest is the act of focusing on the needs or interests of one’s self. At the core of many wars, divorces, miscommunication, family rift comes from asking people to act against their self-interest.

Each man must live as an end in himself and follow his own rational self-interest. – Ayn Rand 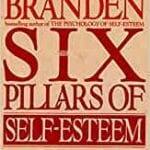 The Six Pillars of Self-Esteem by Nathaniel Branden. 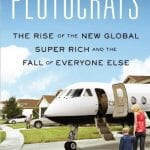 Book Summary – Plutocrats: The Rise of the New Global Super-Rich and the Fall of Everyone Else by Chrystia Freeland.