“Anger is like a red light flashing on the dash of a car. It indicates that something needs attention.”

The dictionary describes anger as “a strong passion or emotion of displeasure, and usually antagonism, excited by a sense of injury or insult. Anger is a very strong emotion that can be either harnessed positively or negatively utilized.

Martin Luther King Jr. was rageful towards racial segregation & discrimination; he used his anger to lead a movement and dreamt of a nation where people would be judged not by the color of their skin but by the content of their character; that dream led to the United States of America to elect the first African American President four decades later.

The same anger drove Adolf Hitler Nazi regime to initiate world war II, the holocaust, genocide of about 6 million Jews and millions of other victims whom he and his followers deemed Untermenschen (subhumans) or socially undesirable.

In his book, Anger: Taming a powerful emotion, American author and radio talk show host, Dr. Gary Chapman points out that Anger can be a powerful and positive motivator, useful to move us toward loving action to right wrongs and correct injustice—but it also can become a raging, uncontrolled force.

Never forget what someone says to you when they’re angry because that is when the truth comes out. 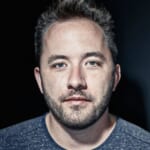 Book Summary: Grinding It Out: The Making of McDonald’s by Ray Kroc.