Jeff Benedict’s biography of Tiger Woods is based on years of reporting and interviews of more than 250 people who worked, played and interacted with Tiger Woods. Benedict is an American author and special features writer for Sports Illustrated, who has written 16 nonfiction books. His biography of Tiger Woods was the basis of a 2-part documentary on HBO, in which he was an executive producer.  The book is currently being developed into a scripted television series, which Benedict is also executive producing

The authors could not get either an on-the-record or off-the-record conversation or interview with Tiger Woods himself. Tiger is extremely private and the authors were also unwilling to meet Woods’ condition for such an interview.

The book is a great account of one of the greatest sportsmen/golfers of a generation. The authors describe, among other things – Tiger’s upbringing, his parents’ relationship, growing up as an only child, his father first marriage, and how his parents programmed him for greatness. Tigers rise and fall from grace through gambling, sex addiction and association. The book was a great read as it helps the reader connect various dots about the life of Tiger Woods. The ups and downs, insights on raising a protege and strategies for handling crisis.

By almost any measure, he is the most talented golfer who ever lived, and arguably the greatest individual athlete in modern history. For a fifteen-year span—from August 1994, when he won his first of three consecutive US Amateur Championships as an eighteen-year-old high school senior, to the early-morning hours of November 27, 2009, when he crashed his SUV into a tree and effectively ended the most dominant run in the history of golf—Woods was a human whirlwind of heart-stopping drama and entertainment, responsible for some of the most memorable moments in the history of televised sports.

Woods’s golfing legacy borders on the unimaginable. He was both the first golfer with African American heritage and the youngest golfer in his- tory to win a major championship. He won fourteen majors overall on his way to seventy-nine PGA Tour victories (second all-time behind Sam Snead) and more than one hundred worldwide. He holds the record for most consecutive cuts made (142, covering nearly eight years) and number of weeks ranked no. 1 in the world (683). In addition, he was honored as Player of the Year a record eleven times, captured the annual scoring title a record nine times, and won more than $110 million in official prize money—another record.

The tournaments he played in shattered attendance marks throughout the world and consistently set viewership records on television, his charismatic presence and two decades of dominance the driving forces in the stratospheric rise in official PGA Tour purses from $67 million in 1996, his first year as a pro, to a record $363 million in 2017–18, and the rise of the average Tour purse from $1.5 million to $7.4 million during the same period. In the process, he helped make multimillionaires of more than four hundred Tour pros. Pure and simple, Woods changed the face of golf—athletically, socially, culturally, and financially.

At the height of Tiger’s career, golf beat the NFL and the NBA in Nielsen ratings. As a spokesman for Nike, American Express, Disney, Gillette, General Motors, Rolex, Accenture, Gatorade, General Mills, and EA Sports, he appeared in television commercials, on billboards, and in magazines and newspapers. He was mobbed by fans wherever he went—France, Thailand, England, Japan, Germany, South Africa, Australia, and even Dubai. Kings and presidents courted him. Corporations wooed him. Rock stars and Hollywood actors wanted to be him. Women wanted to sleep with him. For the better part of two decades, he was simply the most famous athlete on earth.

Tiger wasn’t just alone atop the world of golf. In a very literal sense, he was alone, period. Despite his killer instinct on the course, he was an introvert off it, more comfortable playing video games, watching television, or practicing and training in solitude. As far back as childhood, he spent far more time by himself in his bedroom than playing outside with other children. An only child, he learned early on that his parents were the only ones he should truly trust and rely on. They more or less programmed him that way. His father took on the roles of golf mentor, sage, visionary, and best friend.

His mother, Kultida, was Tiger’s disciplinarian and fearsome protector. Together, his parents proved an impregnable force that never let anyone trespass on the tightly guarded path to success they had paved for their son. In their Southern California home, where life revolved around Tiger and golf, the mantra was clear: Family is everything.

Known by one Word

Very few individuals are known throughout the world by one word. Tiger reached that exclusive club by being the greatest golfer—some would argue the greatest athlete—in modern history. But his story transcends golf, and his influence reached around the globe.

He was a whiz with numbers too. When he was two years old, his mother taught him how to add and sub-tract. He was three when his mother created a multiplication table for him. He worked on it every day, over and over. The more she drilled him, the more he developed a love of numbers. In math, he was performing at a third-grade level. Yet no one in his kindergarten class knew any of this. Not even his teacher. 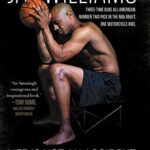 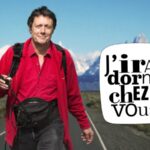