The Rise of the Robots Book Summary – Technology and the Threat of a Jobless Future by Martin Ford.

American Futurist Martin Ford highlights the threat technological automation poses to the world of work. The main thesis of the rise of robots is that accelerating technology is likely to increasingly threaten jobs across industries and at a wide range of skill levels. If such a trend develops, it has important implications for the overall economy. As jobs and incomes are relentlessly automated away, the bulk of consumers may eventually come to lack the income and purchasing power necessary to drive the demand that is critical to sustained economic growth.

The book was a New York Times bestseller and it was also named the 2015 Financial Times and McKinsey Business Book of the Year Award.

Employment for many skilled professionals—including lawyers, journalists, scientists, and pharmacists—is already being significantly eroded by advancing information technology. They are not alone: most jobs are, on some level, fundamentally routine and predictable, with relatively few people paid primarily to engage in truly creative work or “blue-sky” thinking.”

As machines take on that routine, predictable work, workers will face an unprecedented challenge as they attempt to adapt. In the past, automation technology has tended to be relatively specialized and to disrupt one employment sector at a time, with workers then switching to a new emerging industry.

Virtually every industry in existence is likely to become less labor-intensive as new technology is assimilated into business models—and that transition could happen quite rapidly. At the same time, the new industries that emerge will nearly always incorporate powerful labor-saving technology right from their inception.

The Disruption is going to affect all of us:

One widely held belief that is certain to be challenged is the assumption that automation is primarily a threat to workers who have little education and lower-skill levels. That assumption emerges from the fact that such jobs tend to be routine and repetitive. Before you get too comfortable with that idea, however, consider just how fast the frontier is moving. At one time, a “routine” occupation would probably have implied standing on an assembly line. The reality today is far different. While lower-skill occupations will no doubt continue to be affected, a great many college-educated, white-collar workers are going to discover that their jobs, too, are squarely in the sights as software automation and predictive algorithms advance rapidly in capability.

As automation becomes ever more flexible and sophisticated, it’s likely that manufacturers will trend toward offering more customizable products—perhaps, for example, allowing customers to create unique designs or specify hard-to-find clothing sizes through easy-to-use online interfaces. Domestic automated production could then put a finished product into a customer’s hands within days.

Robots, of course, have the ability to work continuously, and as they become more flexible and easier to train for new tasks, they will become an increasingly attractive alternative to human workers, even when wages are low.

Chapter 2: IS THIS TIME DIFFERENT?

The phrase “triple revolution” referred to a report written by a group of prominent academics, journalists, and technologists that called itself the Ad Hoc Committee on the Triple Revolution.

The result would be massive unemployment, soaring inequality, and, ultimately, falling demand for goods and services as consumers increasingly lacked the purchasing power necessary to continue driving economic growth.

In all, we can enumerate at least seven economic trends that, taken together, suggest a transformative role for advancing information technology.

Information Technology is one of the major forces driving the automation and disruption in the world of work. Here are some cool stats on the power of technology and value creation:

Millions of lower-skill jobs in areas like fast food and retail are at risk as robots and self-service technologies begin to encroach aggressively in these areas. We can be sure that more education and training will be the primary proffered solution for these workers.

The ongoing race between technology and education may well be approaching the endgame: the machines are coming for the higher-skill jobs as well.

Small wonder, then, that many observers have expressed the view that higher education has become a “bubble,” or at least a bloated house of cards that is ripe for the same kind of digital decimation that has already transformed the newspaper and magazine industries. MOOCs offered by elite institutions are viewed as the mechanism mostly likely to impose the winner-take-all scenario that invariably takes hold once an industry goes digital.

The United States has over 2,000 four-year colleges and universities. If you include institutions that grant two-year degrees, the number grows to over 4,000. Of these, perhaps 200–300 might be characterized as selective. The number of schools with national reputations, or that might be considered truly elite, is, of course, far smaller. Imagine a future where college students can attend free online courses taught by Harvard or Stanford professors and subsequently receive a credential that would be acceptable to employers or graduate schools. Who, then, would be willing to go into debt in order to pay the tuition at a third- or fourth-tier institution?

Once medical applications of artificial intelligence evolve to the point where the systems can act as true advisers capable of providing consistently high-quality second opinions, the technology could also help rein in the high costs associated with malpractice liability. Many physicians feel the need to practice “defensive medicine” and order every conceivable test in an attempt to protect themselves against potential lawsuits.

A documented second opinion from an AI system versed in best practice standards could offer doctors a “safe harbor” defense against such claims. The result might be less spending on needless medical tests and scans as well as lower malpractice insurance premiums.

AS JOBS EVAPORATE and median incomes stagnate—or perhaps even fall—we run the risk that a large and growing fraction of our population will no longer have sufficient discretionary income to continue propelling vibrant demand for the products and services that the economy produces.

Extreme income concentration among a tiny sliver of potential customers will ultimately threaten the viability of the markets that support these industries.

Economists have long understood that the wealthy spend a smaller fraction of their income than the middle class and, especially, the poor. The lowest-income households have little choice but to spend nearly everything they manage to bring in, while the truly rich would likely find it impossible to consume at a similar rate even if they tried. The clear implication is that, as income increasingly concentrates among the wealthy few, we should expect less robust overall consumption.

Chapter 9: SUPER-INTELLIGENCE AND THE SINGULARITY

Once Artificial General Intelligence is achieved, Moore’s Law alone would likely soon produce a computer that exceeded human intellectual capability. A thinking machine would, of course, continue to enjoy all the advantages that computers currently have, including the ability to calculate and access information at speeds that would be incomprehensible for us. Inevitably, we would soon share the planet with something entirely unprecedented: a genuinely alien—and superior—intellect.

Chapter 10: TOWARD A NEW ECONOMIC PARADIGM

Education and retraining, it seems, are a solution that is immutable across time.

We are running up against a fundamental limit both in terms of the capabilities of the people being herded into colleges and the number of high-skill jobs that will be available for them if they manage to graduate. The problem is that the skills ladder is not really a ladder at all: it is a pyramid, and there is only so much room at the top.

As various sectors of the economy have mechanized or automated, workers have transitioned from routine jobs in one sector to routine jobs in another. The person who would have worked on a farm in 1900, or in a factory in 1950, is today scanning bar codes or stocking shelves at Walmart. 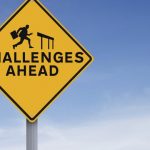 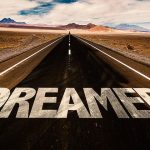 The Dreamer by Paul Laurence Dunbar.