The Psychology of Money Recommendations by Morgan Housel.

In his thought-provoking book, The Psychology of Money: Timeless lessons on wealth, greed, and happiness, Author and Partner at Collaborative Fund Morgan Housel writes about why understanding the psychology of money is more important than finance itself. The book is based on a report he wrote in 2018: “The Psychology of Money,” where he shared the most important flaws, biases, and causes of bad behavior towards money.

“Every investor should pick a strategy that has the highest odds of successfully meeting their goals. And I think for most investors, dollar-cost averaging into a low-cost index fund will provide the highest odds of long-term success.” – Morgan Housel

In the book, he made the following recommendation on how to make better decisions with money:

Go out of your way to find humility when things are going right and forgiveness/compassion when they go wrong. Because it’s never as good or as bad as it looks. The world is big and complex. Luck and risk are both real and hard to identify. Do so when judging both yourself and others. Respect the power of luck and risk and you’ll have a better chance of focusing on things you can actually control. You’ll also have a better chance of finding the right role models.

Less ego, more wealth. Saving money is the gap between your ego and your income, and wealth is what you don’t see. So wealth is created by suppressing what you could buy today in order to have more stuff or more options in the future. No matter how much you earn, you will never build wealth unless you can put a lid on how much fun you can have with your money right now, today.

Manage your money in a way that helps you sleep at night. That’s different from saying you should aim to earn the highest returns or save a specific percentage of your income. Some people won’t sleep well unless they’re earning the highest returns; others will only get a good rest if they’re conservatively invested. To each their own. But the foundation of, “does this help me sleep at night?” is the best universal guidepost for all financial decisions.

If you want to do better as an investor, the single most powerful thing you can do is increase your time horizon. Time is the most powerful force in investing. It makes little things grow big and big mistakes fade away. It can’t neutralize luck and risk, but it pushes results closer towards what people deserve.

Become OK with a lot of things going wrong. You can be wrong half the time and still make a fortune, because a small minority of things account for the majority of outcomes. No matter what you’re doing with your money you should be comfortable with a lot of stuff not working. That’s just how the world is. So you should always measure how you’ve done by looking at your full portfolio, rather than individual investments. It is fine to have a large chunk of poor investments and a few outstanding ones. That’s usually the best-case scenario. Judging how you’ve done by focusing on individual investments makes winners look more brilliant than they were, and losers appear more regrettable than they should.

Use money to gain control over your time, because not having control of your time is such a powerful and universal drag on happiness. The ability to do what you want, when you want, with who you want, for as long as you want to, pays the highest dividend that exists in finance.

Be nicer and less flashy. No one is impressed with your possessions as much as you are. You might think you want a fancy car or a nice watch. But what you probably want is respect and admiration. And you’re more likely to gain those things through kindness and humility than horsepower and chrome.

Save. Just save. You don’t need a specific reason to save. It’s great to save for a car, or a downpayment, or a medical emergency. But saving for things that are impossible to predict or define is one of the best reasons to save. Everyone’s life is a continuous chain of surprises. Savings that aren’t earmarked for anything in particular is a hedge against life’s inevitable ability to surprise the hell out of you at the worst possible moment.

Define the cost of success and be ready to pay it. Because nothing worthwhile is free. And remember that most financial costs don’t have visible price tags. Uncertainty, doubt, and regret are common costs in the finance world. They’re often worth paying. But you have to view them as fees (a price worth paying to get something nice in exchange) rather than fines (a penalty you should avoid).

Avoid the extreme ends of financial decisions. Everyone’s goals and desires will change over time, and the more extreme your past decisions were the more you may regret them as you evolve.

Define the game you’re playing, and make sure your actions are not being influenced by people playing a different game.

Respect the mess. Smart, informed, and reasonable people can disagree in finance, because people have vastly different goals and desires. There is no single right answer; just the answer that works for you. 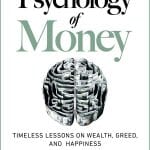 Book Summary: The Psychology of Money: Timeless lessons on wealth, greed, and happiness by Morgan Housel. 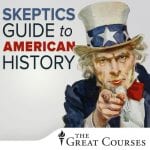