Book Summary – The Power of the Other by Dr. Henry Cloud.

In The Power of the Other: The startling effect other people have on you, from the boardroom to the bedroom and beyond-and what to do about it, Psychologist and author Dr. Henry Cloud write about the power of association – the power that someone else, not you, has in your life of performance, achievement, and well-being.

“human performance requires fuel from relationship. But, the booster engine is not the rocket. The support is not the performance.”

Womb to the Tomb

Relationship affects our physical and mental functioning throughout life. This invisible power, the power of the other, builds both the hardware and the software that leads to healthy functioning and better performance.

“Ask many people about their greatest accomplishments and challenges overcome, and you will find one thing in common: there was someone on the other end who made it possible.”

The Power of Who

The undeniable reality is that how well you do in life and in business depends not only on what you do and how you do it, your skills and competencies, but also on who is doing it with you or to you.

THE SCIENCE OF CONNECTION”

THE FOUR CORNERS OF CONNECTION

We are fueled from the outside, from connection with others. Whether it’s a smartphone or a human, when the system can’t make a connection, it begins to run down. This is an indisputable reality. Humans need connection, and their systems are always searching for one.

While there are four different kinds of connectedness—four possible corners of our relational space—only one of them will help you thrive. The other three corners will always diminish your performance and your well-being. They can even destroy your vision, your relationships, your performance, and your health. The key is to get out of any of the other three and into the only one that works. Think of this dynamic as the geography of relationships, a map with four corners:

True connection always means being emotionally and functionally invested in other people, in a give-and-receive dynamic. Disconnection lacks something, in one direction or the other—either in the giving or the receiving. Truly connected people do both. They are emotionally present and able to give and to receive.

Under disconnected leaders, decision making tends to be done in isolation, either solely by the leaders or in organizational silos that they build or foster. Sometimes disconnected leaders allow one or two people into their worlds, but usually only to act as human shields, allowing the Corner One leader to stay in a bubble. Such a shield might be a colleague, a direct report, a spouse, or anyone else who helps the leader stay disconnected from the whole, and that connection itself is usually not very healthy—mutually beneficial, they both may feel, but not healthy.

Corner Number Two, the Bad Connection, is not necessarily a connection with a bad or abusive person, although it may be. Instead, it is a connection, preoccupation, or pull toward a person who has the effect of making you feel bad or “not good enough” in some way. Inferior. Defective perhaps. As though something is wrong with you. Somehow this person or persons have come to have the power in your life of making you feel bad.

It could be a boss, a board member, a customer, a friend, a family member, or a direct report. They come in all sizes and shapes and affiliations. But the one common ingredient is that they have the power to make you feel bad. High expectations, perfectionism, unreasonable demands, a critical spirit, withholding of  praise, shame, guilt, put-downs, silence—these are just a few of the many ways that a person like this can hook someone into feeling the Corner Number Two bad connection.

No matter whether a move into Corner Two is triggered by a real person or by voices in your head, your performance suffers. You begin to take failure personally. Any bad event or result becomes proof that you are not good enough. As your confidence wanes, you find yourself smack-dab in Corner Two.

Whereas a Corner Two connection leaves you feeling bad, or not good enough in some way, in Corner Three it’s the opposite. You feel good! Sometimes really good. The positive feelings take a variety of forms: the affair, the addiction, the attachment to promotions, awards, or positive results, the next acquisition, the next big product launch, accolades from others. Food, sex, drugs, . . . a new Ferrari. It’s all an attempt to soothe the soul. The problem is that painkillers do not really cure the disease. They just ease the pain, temporarily and superficially making one feel better.

Substances, awards, accolades, the approval of yes-men and sycophants, sexual acting out, indulgence in hobbies or materialism—they all have the power to make us feel good . . . for a minute. Then, we need another fix. Another good report. Another record quarter or sales number. The old problems remain, and we need one more dose. It never can really do the trick.

In the simplest terms, a real connection is one in which you can be your whole self, the real, authentic you, a relationship to which you can bring your heart, mind, soul, and passion. Both parties to the relationship are wholly present, known, understood, and mutually invested. What each truly thinks, feels, believes, fears, and needs can be shared safely.

No One is Self-Made

There is no such thing as a self-made man or woman. Every great leader has opened up to someone who could meet a need, whatever that might have been. The range of human needs is broad, but the way to meet those needs is very narrow: it involves humbly and honestly embracing the need and reaching out to the power of the other.” There is no other way.

Corner Four relationships don’t rescue us from hard decisions or responsibility. In business, for example, when your protégé makes a mistake the first time she leads a project and ruffles some team members’ feathers, you don’t jump in to smooth out the problems her style has caused, but you do encourage this less experienced manager to find a solution and adapt her style.

In dealing with an addict, a Corner Four relationship doesn’t mandate trying to physically stop another person from using substances. But it does depend on truth telling, on making clear that if the addict continues down a destructive path, he will have to live with the consequences. The message of a Corner Four relationship is, “I cannot get you out of difficulties created by your choices, but I can require you to be responsible for them.

The Corner Four relationships that are going to help you the most are the ones that push you to take small steps consistent with your vision and your stretch goals.

Corner One is getting no feedback at all. Corner Two is getting it without caring and probably without accuracy, as the other person always has a standard that is somehow unhelpful or unreachable. In Corner Three, anything but feel-good backslapping or flattery is off-limits. Only Corner Four provides both caring and reality in the form of usable, actionable information. When we get that, it helps build self-control and the realization that we can do better. We are in control of outcomes.

The Power of Structure

Structure allows us to invest in the things that are important to us but don’t exist inside of us yet. There are plenty of other existing tasks, challenges, and crises that threaten to derail us, but for the things we want to build—for those getting-better goals we want to achieve—we have to create a space and a routine for bringing them into existence. That means replacing old patterns and habits with new ones. 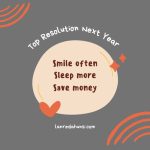 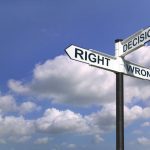 Book Summary – 12 Notes: On Life and Creativity by Quincy Jones