Challenge the belief that the selection of a candidate for promotion should be based on their performance in their current role, rather than on their ability relevant to the intended role.

The Peter principle is a concept in management developed by Laurence J. Peter, which observes that people in a hierarchy tend to rise to their “level of incompetence”: an employee is promoted based on their success in previous jobs until they reach a level at which they are no longer competent, as skills in one job do not necessarily translate to another.

In a Hierarchy: Every Employee Tends to Rise to His Level of Incompetence

In their book, The Peter Principle: Why Things Always Go Wrong, Dr. Laurence J Peter and Raymond Hull  talks about the Universality of Occupational Incompetence::

Occupational incompetence is everywhere. Have you noticed it? Probably we all have noticed it.

We see indecisive politicians posing as resolute statesmen and the “authoritative source” who blames his misinformation on “situational imponderables.”

Limitless are the public servants who are indolent and insolent; military commanders whose behavioral timidity belies their dreadnaught rhetoric, and governors whose innate servility prevents their actually governing.

In our sophistication, we virtually shrug aside the immoral cleric, corrupt judge, incoherent attorney, author who cannot write and English teacher who cannot spell.

At universities we see proclamations authored by administrators whose own office communications are hopelessly muddled; and droning lectures from inaudible or incomprehensible instructors.

This outcome is inevitable, given enough time and assuming that there are enough positions in the hierarchy to which competent employees may be promoted.

In time, every post tends to be occupied by an employee who is incompetent to carry out its duties.

The Peter Principle levels are as follows.

Work is accomplished by those employees who have not yet reached their level of incompetence.

Peter and Hull argue that the value of the principle for managers is an understanding of why staff may reach and stay at one of these levels, or reach the highest level and then return to a lower level due to complacency in the role.

In their book, The Little Book of Big Management Theories: … and how to use them, James McGrath and Bob Bates shares ways of using the peter principle:

The usefulness of this theory is in challenging the belief that the selection of a candidate for promotion should be based on their performance in their current role, rather than on their ability relevant to the intended role. Here are six ways to beat the Peter Principle: 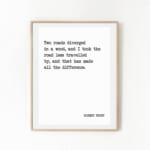 The Road Not Taken by Robert Frost

The Dunning Kruger Effect: Why Incompetent People Think They Are Competent.