Death ground is a psychological phenomenon that goes well beyond the battlefield: it is any set of circumstances in which you feel enclosed and without options.

Many of us think we have all the time in the world, and we tell ourselves that Someday I’ll, we continuously settle for less than we can become. We go to jobs we hate, stay in toxic relationships, tolerate bad behavior from our family and friends, delay starting the business or taking the vacation, delay living, procrastinate, fail to follow our dreams, and always have a plan B. One of the challenges of having a plan B is that you are likely to go for it until you burn all the bridges; you would always want to go for the path of least resistance. One of the principles that could help with relentlessly executing your goals is the Death Ground Strategy. It involves having a sense of urgency like you are on the war front, and you need to be victorious, or you sink.

For example, in the movie 300, a fictionalized retelling of the Battle of Thermopylae within the Persian Wars. The first battle scene of the movie shows Leonidas, the king of Sparta, motivating his warriors to defend the “Hot Gates,” hence blocking the invading Persian forces of Xerxes into the narrow pass between the rocks and the sea. The Spartans still won the battle with 300 soldiers compared to the over 300,000 invading Persian forces.

Death is nothing, but to live defeated is to die every day. – NAPOLEON BONAPARTE

Like the Spartans in the movie 300, Life is a roller coaster of battles, wars, and tribulations. The key to becoming victorious is to have a sense of urgency, be prepared for vicissitudes of life, understand the season of life you are in, keep showing up and execute relentlessly. Burn your bridges if you have to, get the message in a mess, fail forward, and become extraordinary. When you have no option but to fight for yourself, you’ll do anything necessary to figure it out.

“Life is a fight for territory and once you stop fighting for what you want, what you don’t want will automatically take over.” – Les Brown

A long while ago, a great warrior faced a situation which made it necessary for him to make a decision which insured his success on the battlefield. He was about to send his armies against a powerful foe, whose men outnumbered his own. He loaded his soldiers into boats, sailed to the enemy’s country, unloaded soldiers and equipment, then gave the order to burn the ships that had carried them. Addressing his men before the first battle, he said, “You see the boats going up in smoke. That means that we cannot leave these shores alive unless we win! We now have no choice–we win, or we perish! They won.

In the 33 Strategies of WAR, Author Robert Greene writes:

Death ground is a psychological phenomenon that goes well beyond the battlefield: it is any set of circumstances in which you feel enclosed and without options. There is very real pressure at your back, and you cannot retreat. Time is running out. Failure–a form of psychic death–is staring you in the face. You must act or suffer the consequences.

You are your own worst enemy. You waste precious time dreaming of the future instead of engaging in the present. Since nothing seems urgent to you, you are only half involved in what you do. The only way to change is through action and outside pressure. Put yourself in situations where you have too much at stake to waste time or resources–if you cannot afford to lose, you won’t. Cut your ties to the past; enter unknown territory where you must depend on your wits and energy to see you through. Place yourself on “death ground,” where your back is against the wall and you have to fight like hell to get out alive.

A sense of urgency comes from a powerful connection to the present. Instead of dreaming of rescue or hoping for a better future, you have to face the issue at hand. Fail and you perish. People who involve themselves completely in the immediate problem are intimidating; because they are focusing so intensely, they seem more powerful than they are. Their sense of urgency multiplies their strength and gives them momentum.

You must locate the root of your problem. It is not the people around you; it is yourself, and the spirit with which you face the world. In the back of your mind, you keep an escape route, a crutch, something to turn to if things go bad. Maybe it is some wealthy relative you can count on to buy your way out; maybe it is some grand opportunity on the horizon, the endless vistas of time that seem to be before you; maybe it is a familiar job or a comfortable relationship that is always there if you fail.

You sometimes have to force yourself onto death ground–leaving stale relationships and comfortable situations behind, cutting your ties to the past. If you give yourself no way out, you will have to make your new endeavor work. Leaving the past for unknown terrain is like a death–and feeling this finality will snap you back to life.

Because you think you have options, you never involve yourself deeply enough in one thing to do it thoroughly, and you never quite get what you want. Sometimes you need to run your ships aground, burn them, and leave yourself just one option: succeed or go down. Make the burning of your ships as real as possible–get rid of your safety net. Sometimes you have to become a little desperate to get anywhere.

“There is something in war that drives so deeply into you that death ceases to be the enemy, merely another participant in a game you don’t wish to end. – PHANTOM OVER VIETNAM, JOHN TROTTI, USMC, 1984”

Death is impossible for us to fathom: it is so immense, so frightening, that we will do almost anything to avoid thinking about it. Society is organized to make death invisible, to keep it several steps removed. That distance may seem necessary for our comfort, but it comes with a terrible price: the illusion of limitless time, and a consequent lack of seriousness about daily life. We are running away from the one reality that faces us all.

As a warrior in life, you must turn this dynamic around: make the thought of death something not to escape but to embrace. Your days are numbered. Will you pass them half awake and halfhearted or will you live with a sense of urgency?

Feeling death at your heels will make all your actions more certain, more forceful. This could be your last throw of the dice: make it count.

Your Time is Limited:

In his very inspiring 2005 commencement speech at Stanford University, late CEO of Apple, Steve Jobs shared some thought provoking insights on death and having a sense of urgency. He quipped:

Death is very likely the single best invention of Life.

Remembering that I’ll be dead soon is the most important tool I’ve ever encountered to help me make the big choices in life. Because almost everything — all external expectations, all pride, all fear of embarrassment or failure — these things just fall away in the face of death, leaving only what is truly important. Remembering that you are going to die is the best way I know to avoid the trap of thinking you have something to lose. You are already naked. There is no reason not to follow your heart.

No one wants to die. Even people who want to go to heaven don’t want to die to get there. And yet death is the destination we all share. No one has ever escaped it. And that is as it should be, because Death is very likely the single best invention of Life. It is Life’s change agent. It clears out the old to make way for the new. Right now the new is you, but someday not too long from now, you will gradually become the old and be cleared away. Sorry to be so dramatic, but it is quite true.

Your time is limited, so don’t waste it living someone else’s life. Don’t be trapped by dogma — which is living with the results of other people’s thinking. Don’t let the noise of others’ opinions drown out your own inner voice. And most important, have the courage to follow your heart and intuition. They somehow already know what you truly want to become. Everything else is secondary.

I have utilized the death ground strategy in my life so often; although it is not easy to burn the bridges and go all out on your goals and aspiration, it is usually the way to go. I remember when in 2012, I relocated to Ghana to start my entrepreneurial journey; I was told by well-meaning friends and family that “How would you survive in a land you know close to no one” “You would soon be back,” “Stay back here.” I heard many things from well-meaning people, but I decided to take the plunge even though it was not an easy move to make. It has not been an easy journey taking the leap of faith but burning the bridge of my comfort zone and failing forward has made and is still making the difference.

The core message of the Death Ground Strategy is to put yourself in a position of going all out, and that requires commitment, dedication, and the ability to bet on yourself. It is tough showing up day in day out and not seeing the results; you have to trust the process; this is all you have got, you’ve got this, the stars would align eventually if you don’t give up. 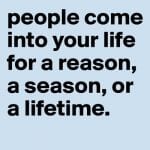 A Reason, A Season, or A Lifetime 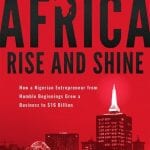 Africa Rise And Shine: How a Nigerian Entrepreneur from Humble Beginnings Grew a Business to $16 Billion by Jim Ovia.