Book Summary – The Courage to be Happy by Ichiro Kishimi.

The characters appearing in the book are a philosopher engaged in the study of Greek philosophy alongside Adlerian psychology and a youth who is pessimistic about his life. In the previous work, The Courage to be Disliked, the youth questioned the philosopher on the true meaning of his assertion, based on Adler’s ideas, that ‘People can change. And not only that, they can find happiness.’ The philosopher offered the following statements in response:

“There is no such thing as an internal problem. All problems are interpersonal relationship problems.’ ‘One must not be afraid of being disliked. Freedom is being disliked by other people.’ ‘It isn’t that you lack competence. You just lack “courage”.’ ‘Neither the past nor the future exist. There is only “here and now”.”

Any person can be happy from this moment onward. This is an undeniable fact, not magic or anything of the sort. You, and everyone else, can take steps towards happiness. But happiness is not something one can enjoy by staying where one is. One has to keep walking along the path one has embarked on.

We cannot learn philosophy. We can only learn to philosophise. – Kant

It would probably be better to clarify their points of commonality first. Unlike science, which limits itself to objective fact-finding, philosophy and religion also deal with human ideas of ‘truth’, ‘good’ and ‘beauty’. This is an extremely important point.

The most important point of difference is the presence or absence of ‘story’. Religion explains the world by means of stories. You could say that gods are the protagonists of the grand stories that religions use to explain the world. By contrast, philosophy rejects stories. It tries to explain the world by means of abstract concepts that have no protagonists.

This human knowledge is not the kind of knowledge that is gained from books—it is something that can only be learned by actually being engaged in relationships with other people. In that sense, one could say that the school, in which one is surrounded by large numbers of other people, is a more meaningful place of education than the home.

Education is not intervention but assistance towards self-reliance.

‘Respect means the concern that the other person should grow and unfold as he is.”

Not trying to change or manipulate the other person who is right there in front of you. Accepting that person as he is without setting any conditions. There is no greater respect than this. Then, on being accepted by another person ‘as one is’, one is likely to gain a great courage. And respect may also be regarded as the starting point of encouragement.

The Latin respicio, which is the root of ‘respect’, has the connotation of ‘seeing’. First of all, one sees the person as he is. You have not seen anything yet, and neither have you tried to see. Place value on the person being that person without pushing your own value system on them. And further, assist in their growth or unfolding. That is precisely what respect is. In the attitude of trying to manipulate or correct another person, there is no respect whatsoever.

What is generally thought of as empathy, that is to say, agreeing with another person’s opinion and sharing their feelings, is just sympathy, not empathy. Empathy is a skill, an attitude that one has when walking side by side with another.

Social feeling’—a key concept of Adlerian psychology, and the most difficult one to grasp. The philosopher speaks of it as ‘seeing with the eyes of another, listening with the ears of another and feeling with the heart of another’. And that it requires the skill called empathy, the first step of which is to have concern for other people’s concerns. It made sense, in theory.

History is something that is always rewritten by the victor.

History is a grand story that is continually manipulated by the powers that be of the time. It is always manipulated with great skill on the basis of the logic of the powerful that says, ‘It is I who am just.’ All chronologies and history books are apocrypha compiled for the purpose of proving the legitimacy of those currently in power.

“The past you speak of is nothing more than a story skilfully compiled by ‘you now’.

In history, it is always the ‘now’ that is the most correct, and whenever one authority is overthrown, a new ruler will rewrite the past again. But they will do so only for the purpose of explaining their own legitimacy. So ‘the past’, in the most basic sense of the word, does not exist.

It is the same with us as individuals. Every person is a compiler of a story of ‘me’ who rewrites his or her own past as desired to prove the legitimacy of ‘me now’

When children make mistakes, your responsibility is called into question. But that is not the kind of responsibility that one would stake one’s life on. Responsibility, in the true ense of the word, is something that only that person can make themselves take. This is what has led to the idea of separation of tasks. The idea, in other words, that says, ‘Who ultimately is going to receive the end result brought about by the choice that is made?’ You, who are not in the position of receiving the final responsibility, must not intervene in others’ tasks.

“The objective of education is ‘self-reliance’. And the educator is a ‘counsellor’. ”

Life as a Marathon

Try to think of life as a kind of marathon. There are rivals running beside you. As this itself may act as a stimulus and feel reassuring, it does not present any problems. However, the moment one intends to defeat that rival, the situation changes completely.

The goal at the outset, which should have been completing the race or running fast, transforms into the goal of defeating that person. The rival, who should have been one’s sworn friend, turns into an enemy who must be crushed … And this brings out all manner of gamesmanship with regard to winning and even results in interference and unfair conduct. Even after the race is over, one is unable to celebrate the victory of one’s rival, and one struggles with feelings of envy and inferiority.

In Adlerian psychology, a human being’s most fundamental need is the sense of belonging. In a word, we do not want to be isolated. We want to have the real feeling that ‘It’s okay to be here.’ Because isolation leads to social death and eventually even to biological death. The person who is capable of feeling truly happy only upon being praised will seek to get praised more until the very last moment of their lives. Such a person, having been left in a position of dependence, will lead a life of ceaseless seeking, a life without fulfilment.

By saving another person, one tries to be saved oneself. By passing oneself off as a kind of saviour, one attempts to realise one’s own worth. This is one form of the superiority complex that people who cannot dispel their feelings of inferiority often fall into, and it is generally referred to as a messiah complex. It is a mental perversion of wanting to be a messiah, a saviour of others.

The important thing is not what one is born with, but what use one makes of that equipment.’ Regardless of who the other person is, one can give them respect, and one can believe in them. Because that is something that is the product of one’s single-minded resolve and is not affected by the environment or the target.

Our trials and decisions as human beings do not come only with such symbolic life events as taking university entrance examinations, gaining employment or getting married. For us, it is our ‘nothing days’ that are our trial, and it is in everyday life here and now that the big decisions must be made. People who manage to get by and avoid those trials are unlikely to ever attain real happiness.

Happiness is the feeling of contribution.

As Adler puts it, for all of us, it is only when we can feel ‘I am of use to someone’ that we can have a true awareness that we have worth. We can have a true awareness of our worth and gain the sense of belonging that ‘It’s okay to be here.’ But on the other hand, we have no way of knowing whether our conduct is really useful. Because even if there is a person right in front of you who appears to be enjoying things, in principle, there is no way you can tell if they are really enjoying things.

The subject of life

From the time we are born, we go about our lives looking at the world with the eyes of ‘me’, hearing sounds through the ears of ‘me’ and pursuing the happiness of ‘me’. This is so for all people. When one knows real love, however, the subject of life changes from ‘me’ to ‘us’. It allows one to live by completely new guidelines that are of neither self-interest nor other-interest.

Self-reliance is not an economic issue or a work issue. It is an attitude towards life, an issue of lifestyle … At some point, the time will come when you resolve to love someone. That will be when you achieve separation from your childhood lifestyle and achieve true self-reliance. Because it is through loving others that we at last become adults.

Love is an act of faith, and whoever is of little faith is also of little love.

‘Loving someone is not simply an intense emotion. It is a decision, it is a judgement, it is a promise.’ It doesn’t matter how the meeting happens. If one makes the firm decision to build real love from that point, and one confronts the task accomplished by two people, love is possible with any partner. 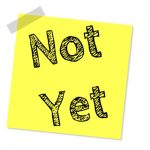 The Power of Not Yet. 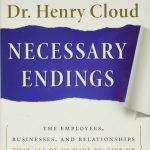