The Chancellor: The Remarkable Odyssey of Angela Merkel by Kati Marton.

In The Chancellor: The Remarkable Odyssey of Angela Merkel,  Hungarian-American journalist Kati Marton chronicles the rise and reign of Germany’s first female chancellor, and how this triple outsider—an East German, a scientist, and a woman transformed Germany into the leader of Europe—not just an economic leader but a moral one too—and into an immigrant nation by accepting one million Middle Eastern refugees.

A pastor’s daughter raised in Soviet-controlled East Germany, she spent her twenties working as a research chemist, entering politics only after the fall of the Berlin Wall. And yet within fifteen years, she had become chancellor of Germany and, before long, the unofficial leader of the West.

Favourite Takeaways: The Chancellor: The Remarkable Odyssey of Angela Merkel by Kati Marton.

The author draws on interviews Angela Merkel gave from 1990, when the thirty-five-year-old physicist first entered politics, until her 2005 election as Germany’s first woman chancellor. Scores of personal conversations with her mentors, friends, and colleagues, which provide the flesh and blood of the book’s narrative.

Kasner, born Kazmierczak, to a Polish father, but raised in Berlin, was seven years old when Adolf Hitler came to power in 1933. A member of the Nazi Party’s Hitler Youth organization while in high school and recruited into the Nazi armed forces, or Wehrmacht, at age eighteen, he is said to have been captured a year later by the Allies—though the particulars of that chapter of his life are unavailable to researchers if they exist at all after so many decades. Following his release, Horst studied theology at the prestigious Heidelberg University and then in Hamburg. And that is the sum total of what is in the public record regarding the background of Angela Merkel’s father.

In the stillness of the parish house as she read biographies of great European statesmen and scholars, Angela found her role model: Marie Curie, the first woman to win not just one but two Nobel Prizes. There were a number of reasons for the physicist’s appeal. She was born in Poland, as was one of Merkel’s grandfathers. Avid for escape and seeking a role model, Angela was fired by Curie’s tenacity and eventual triumph, particularly in a field rife with gender discrimination.

Nothing in life is to be feared, it is only to be understood -Marie Curie

Accommodation—how far to go along with a malignant system for survival—was a question Angela could not escape in East Germany. No country outside the Soviet Union had more Russian troops than East Germany: an estimated 380,000 soldiers and 180,000 civilians occupied the country until 1991.

For winning the Russian Language Olympics, the fifteen-year-old was rewarded with her first trip to a foreign country—to Moscow. Merkel’s most vivid memory of the trip is buying her first Western record, although she is no longer certain whether the LP in question was by the Beatles or the Rolling Stones. (Of the Soviet satellites, East Germany was the strictest and most tightly controlled against “imperialist”—Western—cultural and political influences.)

“Today we would call her ‘highly gifted.’ She was highly motivated, never made mistakes in Russian grammar, and got the top score in the regional Language Olympics, then went on to win the national contest.”  – Erika Benn, Merkel’s one-time Russian teacher.”

Ph.D. in Physics – University of Leipzig

Her goal was a Ph.D. in physics. She chose the University of Leipzig not only because of its prestige as one of Germany’s high temples of science but also on account of its distance of 168 miles from Templin. It was time to strike out on her own.

“Of the seventy freshmen in Leipzig’s physics program, Merkel was one of only seven women”

Eventually, Merkel did fall in love. In 1974, at the age of twenty, she met Ulrich Merkel, a fellow Leipzig physics student, on an exchange trip to Moscow and Leningrad.

They wed the next year: Angela was twenty-three; Ulrich, twenty-four. The ceremony took place in her father’s little church in Templin, at Angela’s behest, though Pastor Kasner did not perform the wedding service. The bride wore blue.

“Things at home weren’t much better. Within three years, Merkel realized that her marriage had been a mistake. “We married because everybody else was getting married. I did not treat marriage with the necessary seriousness,” Angela admitted later. Ulrich claimed he did not see their separation coming. “Angela packed up her things and moved out. She made the decision on her own,” he said. Still, the divorce, though a disappointment, was amicable. “There was not much to divide between the two of us. She took the washing machine; I kept the furniture,” he recalled. The last time Ulrich saw Angela was at the Academy of Sciences in 1989, just before the wall fell. Though she kept his name, Merkel rarely mentions this brief marriage.” 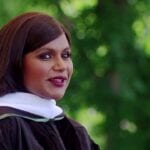