The Art of the Start.

A journey of a thousand miles begins with a single step. Whether is starting a business, setting up a blog, writing an article, learning a foreign language/programming language, running a marathon, reading a book, or cooking. Everyone starts somewhere, crappy, not yet good enough but eventually with consistency and persistence, we all figure it out eventually. You don’t have to be great to start but you have to start to be great. The secret of getting ahead in life is getting started.

“Concerning all acts of initiative (and creation) there is one elementary truth, the ignorance of which kills countless ideas and splendid plans: that the moment one definitely commits oneself, then providence moves too. All sorts of things occur to help one that would not otherwise have occurred. A whole stream of events issues from the decision, raising in one’s favor all manner of unforeseen incidents and meetings and material assistance which no man would have dreamed would come his way. I have learned a deep respect for one of Goethe’s couplets: “Whatever you can do, or dream you can, begin it. Boldness has genius, magic, and power in it. Begin it now.”

Everyone starts from somewhere, every multinational was started by a group of individuals, every conglomerate started as a single company, every superstar started as an upcoming artist at one point. It is easy to see the glam, the accolades, the awards, prestige, recognition, and fame but it is hard to see the false starts, the sleepless nights, the self-doubt, the doubting Thomases, the failures, trials, and tribulations. Everyone started somewhere – a beginner, a startup, an upcoming artist, a neophyte, an apprentice, an intern, trying to figure it out and ultimately a starter.

The major difference between high achievers and non-achievers is that successful people execute relentlessly, they are dreamers but they are also doers, they usually do not ask for permission, they ask for forgiveness instead. They understand that asking for permission is waiting to be told NO. They have a bias for action, they follow Nike’s mantra ” Just Do It.” They know there is a place and time for dreaming and a time to execute.

American television producer and screenwriter Shonda Rhimes, creator and showrunner of blockbusters like How to Get Away with Murder, Grey’s Anatomy, Bridgerton among others, advised in her 2014 Dartmouth’s Commencement Speech “Ditch the dream and be a doer, not a dreamer”.

So, Lesson One, I guess is: Ditch the dream and be a doer, not a dreamer. Maybe you know exactly what it is you dream of being, or maybe you’re paralyzed because you have no idea what your passion is. The truth is, it doesn’t matter. You don’t have to know. You just have to keep moving forward. You just have to keep doing something, seizing the next opportunity, staying open to trying something new. It doesn’t have to fit your vision of the perfect job or the perfect life. Perfect is boring and dreams are not real. Just … do. So you think, “I wish I could travel.” Great. Sell your crappy car, buy a ticket to Bangkok, and go. Right now. I’m serious.

Lesson One: Ditch the Dream. Be a Do-er, Not a Dreamer.

You want to be a writer? A writer is someone who writes every day, so start writing. You don’t have a job? Get one. Any job. Don’t sit at home waiting for the magical opportunity. Who are you? Prince William? No. Get a job. Go to work. Do something until you can do something else.

A writer is someone who writes every day, so start writing.

The start is usually the hardest part of any journey, you have to decide, commit and execute your goals relentlessly. We often overestimate what we can achieve in a year and underestimate what we can achieve in a day. The billionaire and every one of us has something in common: Time. We all start with the same 24 hours day, 168 hours a week, and the same 8.760 hours a year. How we spend our time makes all the difference. To achieve your goals, you need to start small by taking baby steps and gaining momentum in the process.

One Step at a time

No matter how big your goals and dreams are, you need to break them down into manageable pieces in order for them not to be overwhelming but you have to start.

American actor Will Smith shared a very great story about breaking goals into manageable chunks in his 2021 autobiography: Will. He reminisced:

When I was eleven years old, my father decided he needed a new wall on the front of his shop. It would be a big wall: roughly twelve feet high by twenty feet long. The old wall was crumbling, and he was “sick-o’-lookin’ at it.” But rather than hire a contractor or construction company, he thought it would be a good project for my younger brother, Harry, and me.

My brother and I worked weekends, holidays, vacations. We worked through the summer that year. It didn’t matter. My father never took a day off, so neither could we. There were so many times I remember looking at that hole, totally discouraged. I couldn’t see how this was ever going to end. The dimensions became unfathomably large in my mind. It seemed like we were building the Great Wall of West Philly—billions of red bricks stretching infinitely into some distant nowhere. I was certain that I would grow old and die still mixing concrete and carrying those buckets. I just knew it.”

Some of the most impactful lessons I’ve ever received, I’ve had to learn in spite of myself. I resisted them, I denied them, but ultimately the weight of their truth became unavoidable. My father’s brick wall was one of those lessons.

The days dragged on, and as much as I hated to admit it, I started to see what he was talking about. When I focused on the wall, the job felt impossible. Never-ending. But when I focused on one brick, everything got easy—I knew I could lay one damn brick well.

As the weeks passed, the bricks mounted, and the hole got just a little bit smaller. I started to see that the difference between a task that feels impossible and a task that feels doable is merely a matter of perspective. Are you paying attention to the wall? Or are you paying attention to the brick? Whether it was acing the tests to get accepted into college, hitting it big as one of the first global hip-hop artists, or constructing one of the most successful careers in Hollywood history, in all cases, what appeared to be impossibly large goals could be broken down into individually manageable tasks—insurmountable walls comprised of a series of conceivably layable bricks.”

Four-star retired United States Admiral William H McRaven advised: “Making Your Bed” as a strategy for getting things done and gaining momentum. In his 2014, University of Texas 2014 Commencement Speech, he said:

Every morning in basic SEAL training, my instructors, who at the time were all Vietnam veterans, would show up in my barracks room and the first thing they would inspect was your bed. If you did it right, the corners would be square, the covers pulled tight, the pillow centered just under the headboard and the extra blanket folded neatly at the foot of the rack — that’s Navy talk for bed.

It was a simple task — mundane at best. But every morning we were required to make our bed to perfection. It seemed a little ridiculous at the time, particularly in light of the fact that were aspiring to be real warriors, tough battle-hardened SEALs, but the wisdom of this simple act has been proven to me many times over.

If you make your bed every morning you will have accomplished the first task of the day. It will give you a small sense of pride, and it will encourage you to do another task and another and another. By the end of the day, that one task completed will have turned into many tasks completed. Making your bed will also reinforce the fact that little things in life matter. If you can’t do the little things right, you will never do the big things right.

And, if by chance you have a miserable day, you will come home to a bed that is made — that you made — and a made bed gives you encouragement that tomorrow will be better.

Getting things done and achieving your wildly important goals involves taking the leap of faith. As American Baptist minister and activist Martin Luther King Jnr. onced said “Take the first step in faith. You don’t have to see the whole staircase, just take the first step.” What is required to achieve anything worthwhile is the first step: registering for the gym session, registering and starting that business, committing to pay for the vacation trip, starting the programming class, applying for that job, volunteering for the orphanage. You need to take the leap.

New York Times Bestselling Author and Speaker Michael Hyatt described a five-step process for setting and achieving goals in his book, Your Best Year Ever: A 5-Step Plan for Achieving Your Most Important Goals. One of the great tips he shared in the book is the LEAP Principle. He quipped:

NEVER LEAVE THE SCENE OF CLARITY WITHOUT TAKING DECISIVE ACTION.

If you want to see a big change, you must be willing to take a big LEAP. It’s as simple as four steps, one for each letter of the acronym:

Lean into the change with expectancy.
When you notice that a change is desirable or necessary, that’s your green light. Punch the gas pedal. That inkling is all you need to get going.

Engage with the concept until you achieve clarity.
Don’t let the feeling pass. Work with it until you’ve got a sense of what to do. That nagging thought in the back of your mind might be the start of a whole new adventure—or the ladder you need to climb out of a deep rut.

Activate and do something—anything.
Sometimes we wait to move until we have all the information. That’s a mistake. Clarity comes in degrees. And you only need enough light for the next step. Even if you get off on the wrong foot, the rest of the journey will become clearer as you go.

Pounce and do it now.
Once you’ve determined your next step, take it. Don’t wait. Waiting feels safe, but waiting kills dreams.

Starting anything worthwhile can be tough and rough at the beginning, the middle is usually messy but the end is usually triumphant if you stick with it. To get to the top, we all need to pay the price. If you cannot pay the price, you cannot win the prize. There is a price for everything in life, a sacrifice to be made, something to trade-off, sleepless nights or Netflix binging, hard work, or entitlement. You choose!. It might seem hard right now but you’ve got to stick with it, You’ve got this. 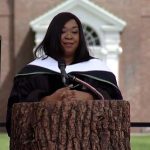 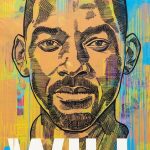 Book Summary – Will by Will Smith.

Protect your Goals and Dreams.