The Art of Being Unreasonable: Lessons in Unconventional Thinking by Eli Broad.

American billionaire entrepreneur and philanthropist Eli Broad. shares lessons learned and strategies that made him successful in his six-decade experience of building institutions in the four industries that he had ventured into – Accounting, Real Estate, Retirement Savings and Philanthropy. Eli also narrates his successes and mistakes on his path to greatness and unreasonable which led to building two fortune 500 companies (KB Home and Sun America).

“Over the past six decades, I have had four careers: accounting, homebuilding, retirement savings, and philanthropy. I became the first person to build two Fortune 500 companies from the ground up in two different industries.”

Eli argues that unreasonable thinking can help you achieve goals others may tell you are out of reach, and how to silence the voice of conventional wisdom that too often keeps most of us from attempting to achieve our goals.

The Power of Marrying Right

“After getting fired, I hung out the shingle of my own accounting firm. I found a rent-free office thanks to Edye’s cousin’s husband, Donald Kaufman, who let me share his. Don was a homebuilder who put up several houses a year and worked the rest of the time as a subcontractor on building sites. In exchange for the office, I told Don I would do his accounting.”

“Building houses was not complicated, and I wasn’t going to have to build them anyway. I would just have to manage subcontractors and suppliers and find a partner who knew his way around the field—which is exactly what Don Kaufman was. That’s how we became Kaufman and Broad.

I told Edye my plans, and—instead of telling me I was nuts—she encouraged me to go for it. She also gave me the suggestion that made it all possible. She said to ask her dad, Morris, for start-up capital, $12,500. He said yes, and my first company was born.”

“Research—and using what you learn from it to analyze every situation—is what separates being unreasonable from being irrational.”

The Art of Meticulous Research

With research, good analysis, and focus, you can have the confidence to do what others would dismiss as unreasonable and achieve the successes nobody thought you could reach.

Meticulous research, as you will see, became a key to my success in all four of my careers.

“Too often, age and experience become an excuse for accepting the status quo without question. Instead of asking “Why not?” you become overwhelmed with all the reasons something can’t be done. “Of course not” becomes your automatic response. You grow fearful of making mistakes. You rely on conventional wisdom because that’s what everyone else does, and there’s safety in consensus.”

Why Not? Should Be Something You Ask Every Day

Big decisions shouldn’t be the only ones you reach by asking “Why not?” If you can make that question part of your routine thinking, you will find unexpected and beneficial ways to improve the status quo. “Why not?” also helps me navigate options—weeding out the foolish while not shying away from the challenging. It’s a question that helps sharpen my convictions and break down my unexamined prejudices.”

“Over the years, it has become something of a personal mantra. When doubts assail me at crucial moments, I remind myself of all the things informed opinion told me I couldn’t do but that I went on to accomplish. Then I ask myself, “Why not prove ’em wrong again?”

“Reasonable people treat conventional wisdom with respect. Those of us who are unreasonable regard it as an expression of the herd instinct. It’s a fine quality for sheep—creatures that usually end up getting sheared—but not for entrepreneurs.”

“It’s important to pay attention to the lessons of history and know the realities of your industry. In other words, don’t believe the conventional wisdom you create about yourself.”

“So while investors bid up Kaufman and Broad’s stock, we bought a small life insurance company to help stabilize earnings during downturns in the housing market. The biggest housing slump since the Great Depression hit three years later, and that acquisition, Sun Life Insurance Company of America, pulled us through.”

“We bought Sun Life Insurance Company in 1971 for $52 million and sold it, as the retirement savings company SunAmerica, for $18 billion in 1998. The intervening 27 years were filled with hard work—most of it directed toward an end I couldn’t see but one I hoped would be profitable.”

“If I had reasoned according to conventional logic, I never would have strayed from my “core competency” in accounting and still would be back in Detroit doing other people’s taxes. Sometimes you can mistake what you’re comfortable with for what you’re good at. Unreasonable thinking is your ticket out of that trap.”

“Sometimes you can mistake what you’re comfortable with for what you’re good at. Unreasonable thinking is your ticket out of that trap.”

We made our profit on the “spread”—the difference between what we ultimately paid out and what we could earn from investing the premiums. Profiting from the spread required changing the basics of the business, as we had done with Kaufman and Broad. We decided that instead of thinking like an insurer, we should think like a bank.

What banks do is pretty simple: They buy money at one price, and sell it at another; that is, banks take in deposits and promise to pay you interest at a given rate. Then they loan money out at a higher rate, and the difference between your interest rate and the borrower’s is profit.

On Reading – Pay Attention to Reading

“I read not only to stay informed but also to get ideas. I read about what other companies are up to, what my peers are doing, where and when the next investment opportunity might be. Whether you’re buying a company, considering changing jobs, or undertaking any serious project, you have to start by doing your homework. It’s important to spend some of your day, every day, learning about the present and the past. Learn from others’ successes and mistakes. History is scattered with clues to the future, but you won’t find them if you don’t look.”

History is scattered with clues to the future, but you won’t find them if you don’t look.

Not caring what people think of you is a difficult quality to cultivate, but if you do, there is much you can accomplish. You just have to understand that being respected is more important than being loved. Respect is also easier to obtain. You only have to hold yourself to high standards, treat people fairly, and get things done.

And trust me, nothing patches over bruised egos and imagined slights like success. When your unreasonable focus accomplishes something, suddenly everyone is glad to be around you and eager for a share of the credit. Be as generous with credit as you are tight-fisted with your time. It doesn’t cost you anything and leaves people eager for future collaborations.

“But mostly, I was alone. I had no siblings. Between the ages of 7 and 14, I had no one I really could call a close friend. My parents both worked long hours. In the free time he had, my father usually hung out with friends. My mother worked late into the night keeping his books.”

“Being so solitary at a young age shaped me into the man I am today. I learned to think and make decisions independently long before most people do. I never had to seek anyone’s approval, so I didn’t develop the habit of wanting it. I learned to be comfortable with silence. I acquired the attitudes that many people would later find unreasonable—a thick skin and a laser focus. Many people would consider a solitary childhood sad, perhaps even a misfortune. But for me it became a school of opportunity—and I made the most of it.”

“When external forces are changing your world, think about what you can do to move with them, rather than reflexively hunkering down and refusing to change. Use crises as chances to rethink everything, question your assumptions, and start afresh”

Set your goals high but take pride in the most essential success of simply beginning. As you go, always define success for yourself, not by someone else’s criteria. Don’t judge yourself on awards and bank balances or strive for some magical number of fans, friends, or followers, thinking your work is done if you just “make it.” As long as you’re around, your work—whether that’s your job, your family, your philanthropy, or your pursuit of knowledge—is never done.

“Who you spend your life with—much more so than how you choose to spend it—is the most important decision you can make. Do it right. That’s the best advice I can give you.”

“We have been married for almost 58 years. She realized early to how unreasonable I am, and although she doesn’t always like it, she loves and understands me. She brings me back down to earth when I need it and pulls me out of the weeds when I wander. She listens to me and advises me. She teaches me about the best things in life: art, companionship, and family. I am fond of saying that, while a lot of people don’t love me, everyone loves Edye. It’s true. Everyone does, me most of all.” 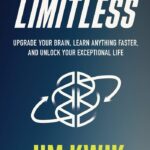 Limitless: Upgrade Your Brain, Learn Anything Faster, and Unlock Your Exceptional Life by Jim Kwik 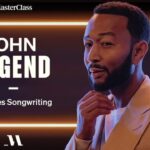