In Startup Success: Funding the Early Stages of Your Venture, American startup advisor and investor Gordon Daugherty describes the fundraising process in the early phases of a startup’s evolution.

Gordon Daugherty is a seasoned business executive, entrepreneur, startup advisor, and investor. He has made more than 200 investments in early-stage companies as a venture fund manager and angel investor, and he has been involved in raising more than $100 million in growth and venture capital.

Bootstrapping is when your company supports itself on existing or personally available resources rather than external sources of capital. Many startup ventures are initially boot strapped until a sufficient business plan is developed and some minimal level of validation exists in order to attract investors. There’s nothing wrong with boot- strapping, but staying in that mode for too long can carry some consequences that you should understand if you’re just getting started and later plan to raise money from investors.

Dilution is the result of an activity that causes a shareholder’s equity to be reduced (diluted). Since equity is calculated by dividing a shareholder’s quantity of shares by the total shares held by the company, the most common causes of dilution involve issuing additional shares of stock into the company.

The idea stage doesn’t usually start with, or require, external funding. Instead, it is the phase when your original idea gets formulated into an initial business plan and also when co-founders are sometimes recruited to the venture. It involves lots of customer discovery interviews and personal soul-searching to determine if the venture is worth pursuing in the first place. Bootstrapping is the most common method of funding this phase, and tons of startups never successfully exit this phase.

In the still-early days as you approach pre-seed funding, you have a developing idea but probably not even a working prototype. You need funding to build the prototype or a clunky, buggy, ugly, but minimally functional, minimum viable product (MVP) so that you can prove feasibility (can it be built?) and possibly start to get a sense for desirability (does anyone want it bad enough to pay for it?).

The pre-seed funding stage probably involves some planned continuation of bootstrapping (to reduce the amount of external funding needed) and the first outside funding, from friends and family and maybe some angel investors.

HVPP : You will be raising money mostly based on hope, vision, promise, and potential.

To move from pre-seed to seed funding, you should have at least a working prototype product—your MVP. While working on your MVP, your product development methodology should have matured to the point of having a rhythm to your various product iterations. It is possible that you stretched your pre-seed stage long enough to actually get a v1 product launched into the market and with some first-paying customers.

A seed-funded startup usually has founders working full-time but at way less than market-rate salaries, as well as some number of part-time employees and advisors that are equally passionate about the mission. New members get recruited to the team in order to fill various gaps and to allow the founders to each focus their energy on a smaller subset of the business.

A Series A is usually the first equity round of funding for a startup and, therefore, often the first round that involves an institutional investor such as a venture fund. To catch their attention, you’ll need a fairly complete operational dashboard with trended results for all KPIs. You should have regular strategy and planning meetings leading into a Se- ries A, and you might even have practiced holding quarterly board of directors meetings, even if just with the founders and one or two advisors.

The amount of time the money would last

It Is a ledger that keeps track of the various equity holders in your company and their relative equity stakes (ownership percentages). This includes investors, advisors, and company employees alike— assuming all have some form of equity.

CASH FUME DATE
This is the date you project to run out of money. There are two ways to calculate the cash fume date. One assumes that you acquire no new customers in the future; the other assumes that you achieve your forecasted sales targets. Many companies calculate both in order to understand the variance in runway allowed. 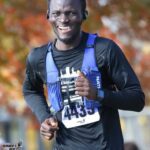 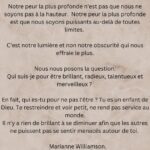