Something Ventured: Risk, Reward and The Original Venture Capitalist.

Something Ventured is a 2011 documentary film investigating the emergence of American venture capitalism in the mid-20th century. Something Ventured follows the stories of the venture capitalists like Tom Perkins, Don Valentine, Arthur Rock, Dick Kramlich, and others, who worked with entrepreneurs to start and build companies like Apple, Intel, Genentech, Cisco, Atari, Tandem, and others.

Beginning in the late 1950′s, this small group of high rollers fostered a one-of-a-kind business culture that encouraged extraordinary risk and made possible unprecedented rewards. They laid the groundwork for America’s start-up economy, providing not just the working capital but the guidance to allow seedling companies to reach their full potential.

The traitorous eight was a group of eight employees who left Shockley Semiconductor Laboratory in 1957 to found Fairchild Semiconductor. William Shockley had in 1956 recruited a group of young Ph.D. graduates with the goal to develop and produce new semiconductor devices. While Shockley had received a Nobel Prize in Physics and was an experienced researcher and teacher, his management of the group was authoritarian and unpopular

Authur Rock on Something Ventured

What’s a venture capitalist? Uh one who invests money in startup companies.

Questions you’d ask of an entrepreneur?

I wouldn’t really ask a lot of questions, I’d just listen to ‘em. I think you learn a lot more by listening than by asking questions.

Steve Jobs is a national treasure. He is so visionary and so bright uh I had to fire him, though, when he was uh – left Apple for the first time.

Why?
Oh, he-he was a maverick, he was upsetting everybody and uh couldn’t get along with uh people who were running the company, and started running his own operations without getting any – getting permission, if you will uh on what to do or how to do it. He was very young and very brash. But he uh – as I say, he’s a national treasure.

Was he shocked when you fired him?

I don’t think so. And I think he probably thinks that’s probably the best thing that’s ever happened to him

Tom Perkin on Something Ventured

To what extent is luck part of being successful venture capitalist?

Uh. I could argue that uh in any direction. Uh obviously uh you’re gonna have bad luck. You can have bad luck in timing on things and so forth, or people can get sick, or uh the, the worst example in my whole career was a deal, not that long ago, that I was going to do in Holland, with a breakthrough in information technology, where – this is probably the best idea I’ve ever seen – where the entrepreneur died right after the handshake on the deal. I mean he died and took the essence of the idea with him. 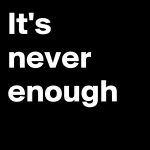 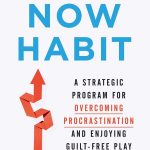