Nobel Laureate Seamus Heaney delivered the commencement address to the 2000 graduating class of University of Pennsylvania.

The invitation to be your commencement speaker was a great honor but it made me anxious as well. How, I asked myself, can one person address a crowd of 25,000 and hope to establish any kind of worthwhile contact? The odds against it would seem to be high. As a poet, as a member of a large family, as the native of a small country, I know that shared historical experience and shared personal memories and even indeed a shared accent may be necessary before any really credible exchange can take place. I have always loved, for example, the story of the anthropologist who was doing field work in a community of the Inuit people living up close to the Arctic circle. Why, the anthropologist asked a wise woman of the tribe, why are all your songs so short? And the wise woman replied, our songs are all so short because we know so much. In other words, the experience of living as a single people in a single place, where each new generation follows the same old paths–such an experience produced a wonderful, enviable confidence about the reliability and the knowability of the world.

But that experience of living in a closely knit, ethnically homogeneous, hermetically sealed culture is everywhere a thing of the past. The Amish carriage now shares the highway with the Mercedes car; the Australian bushman may still go walkabout, but he goes connected up to his Walkman; the recluse in the beach-hut north of Sausalito may look like a beach-comber, but he is probably an internet millionaire, scouting his next coup, on his way home to cross the Silicon. Living in the world of the year two thousand means that you inhabit several different psychic and cultural levels at the same time. And the marvelous thing about us as human beings is that we have been provided with a whole system of intellectual and imaginative elevators that whisk us from floor to floor, at will and on whim.

In the nineteenth century, it was still possible for poets and visionaries to dream that the complications and distractions of modernity could be avoided. Matthew Arnold deplored what he called “the strange disease of modern life/With its sick hurry, its divided aims” and wanted to retreat into the rural beauty of the English countryside. In a similar mood, Henry David Thoreau was drawn to Walden Pond and William Butler Yeats to the Lake Isle of Innisfree. But nowadays, such retreat is hardly possible.

You can think about the change positively, of course. If retreat is no longer possible, its loss has been compensated for by boundless opportunities for access. Dreams of unlocking the sites of knowledge and power–dreams that used to be enshrined in the words “Open Sesame”–these have to a large extent been realized in the magic formula that goes www. dot.com. This is the world of globalization where one thing can impinge unexpectedly and often drastically upon another; so much so that we no longer have any difficulty in entertaining the theory that the shake of a butterfly’s wing in one part of the world is going to produce a tornado in another. And this is the world that commences for you in earnest after this commencement. Today is the moment of ritual separation from what was for a while a reliable and relatively knowable world. We can think of it as a rite of passage from the nest to the sky, from the dens where you were fended for into the fields where you will have to fend for yourself. No wonder there is an out of the ordinariness about this morning’s ceremonies.

There is a dream-like quality to every commencement day. But the veil trembles more mysteriously if you are graduating in the year 2000. It makes you wonder if the date is a destiny or an accident. A turning point in your life has coincided with a turning point in our era. It is like the moment when a tide has risen to its highest and then rests: everything is at the full and yet everything is volatile. And for the duration of this moment, you are held between two worlds. It’s like those few seconds when you pause and hold the pose, and are photographed standing between your parents and your professors.

Today, inevitably, many of you will experience this in-between condition. You stand at a boundary. Behind you is your natural habitat, as it were, the grounds of your creaturely being, the old haunts where you were nurtured; in front of you is a less knowable prospect of invitation and challenge, the testing ground of your possibilities. You stand between whatever binds you to your past and whatever might be unbounded in your future.

One kind of wisdom says, keep your feet on the ground. Be faithful to the ancestors. Remember the short songs of the wise woman. Another says lift up your eyes. Spread your wings. Don’t renege on the other world you have been shown. One kind of wisdom says if you change your language, you betray your origins. Another kind says all language is preparation for further language. All of you are likely to be caught between these conflicting wisdoms and indeed you are unlikely ever to be able to choose confidently between them, now or in the future. And so my advice to you is to understand that this inbetween condition is not to be regarded as a disabling confusion but that it is rather a necessary state, a consequence of our situation between earthy origin and angelic potential. And I want to give you two images and then one question and one answer, in order to fix my advice in your minds.

The first image comes from Rome in classical times, and it has to do with the figure of Terminus, the Roman god of boundaries. Because I myself am from Northern Ireland, from an island where the border between the north and south of the country has created divisions, not only within the national territory, but within the national psyche as well, and because moreover there is a second, inner border in Northern Ireland between Nationalists and Unionists, I have always been interested in this god of the borderline. And in the Oxford Dictionary of Classical Mythology I once read–by sheer accident–that the image of the god Terminus was kept in the Temple of Jupiter, at a point where the temple was unroofed, open constantly to the sky. In other words, even Terminus, the god of limits, refused to recognize that limits are everything. The open sky above his head testified to his yearning to escape the ground beneath his feet. As Hamlet said, you can be bounded in a nutshell and yet count yourself king of infinite space.

So that is my first image for the way we are placed, as individuals and as a species, between a given history and habitat and any imaginable future. And the second image is as enigmatic and yet as readable as the first. This time it is an image of a boat in the sky, an image which I once put into a poem. The original story is told in the medieval annals of the monastery of Clonmacnois in Ireland and it goes like this:

One day the monks of Clonmacnois were holding a meeting in the church, and as they were deliberating they saw a ship sailing over them in the air, going as if it were on the sea. When the crew of the ship saw the meeting and the inhabited place below them, they dropped anchor and the anchor came right down to the floor of the church and the priests seized it. A man came down out of the ship after the anchor and he was swimming as if he were in water, till he reached the anchor; and they were dragging him down then. “For God’s sake, let me go,” said he, “for you are drowning me.” Then he left them, swimming in the air as before, taking his anchor with him.

I have been entranced with this story ever since I first read it, and I take it to be a kind of dream instruction, a parable about the necessity of keeping the lines open between the two levels of our being, the level where we proceed with the usual life of the meeting and the decision, and the other level where the visionary and the marvelous present themselves suddenly and bewilderingly. We must, in other words, be ready for both the routine and the revelation. Never be so canny as to ignore the uncanny.

And finally, the question and the answer. This question and answer are my equivalent of a short song inherited from the ancestors. I learnt them when I was a boy at school, when I had to get my catechism by heart for the religious knowledge class. Question: Who is my neighbor? Answer: My neighbor is all mankind. I could comment on the significance of this, but I don’t think there’s much need to. So let me instead just repeat my two line poem entitled “The Catechism”:

Q. and A. come back. They formed my mind.

“Who is my neighbor?” “My neighbor is all mankind.”

These two images, and this question and answer, have a definite universal appeal, and are vehicles of enduring truths. And I have shared them with you this morning because of something I know and admire about the traditions and achievements of the University of Pennsylvania. It seems to me that the expansion of horizons and the transcending of boundaries are fundamental to the vision of a university like yours, a university where the students come from fifty different states and 118 different countries, where the countries to inter-disciplinary studies has been of long-standing, and where the founder Ben Franklin refused to acknowledge the boundary that is presumed to exist in the field of education between everything that is useful and everything that is ornamental. No wonder then that student volunteerism and service-learning play such a large part in the work that is done here. And no wonder that there has been such a commitment by the graduates and faculty to the larger Philadelphia community, a commitment which was recently praised by the School District Superintendent, David Hornbeck, when he said: “What you see in service-learning is the walls falling away as the classroom becomes the wider community.”

Class of the year two thousand, the walls now fall away in earnest and the classroom becomes the workroom of the wider world. Move about it confidently and freely. Remember that the anchor of your being lies in human affection and human responsibility, but remember also to keep swimming up into the air of envisaged possibilities; and to keep on finding new answers to the question that Franklin said was the noblest in the world, the question which he himself framed and which asks, “What good may I do in the world?” 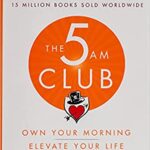 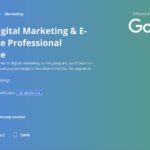 The Pleasure of Books by William Lyon Phelps.