Sometimes taking a step back enabled you to see the path that could move you forwards in the future.

Reebok was founded by Joe and his late brother Jeff in 1958, following the footstep of their family heritage of shoemaking. Their grandfather had established J. W. Foster & Sons in 1895, the company pioneered spiked running shoes for runners and athletes in the early 20th century. Joe writes about the origin story of Reebok, the lessons learned, the successes, failures, losses, grief and the price of greatness.

Shoemaker: The Untold Story of the British Family Firm that Became a Global Brand by Joe Foster, is a great biographical account of how they built one of the most recognizable athletics footwear brand in the world. The book contains lots of great lessons, anecdotes, insights, strategies and tactics for building a great business brand.

Here are some great quotable quotes from Shoemaker by Joe Foster:

Some people run to beat others. I ran to beat myself.

I was free to plot my own path, to reach beyond what was expected. There were no limits now, no rules imposed, no dreams and aspirations that could be quashed by others. It was me and Jeff, and a future of freedom.

Sometimes taking a step back enabled you to see the path that could move you forwards in the future.

In business, you have to use all the weapons you’ve got when you’re going onto the battlefield, even if they’re not strictly your own.

The lifeblood of any business comes from the staff

I think you have to know from the outset exactly what you’re striving for depending on your mindset. 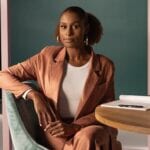 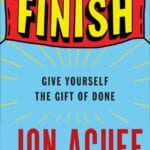 Finish: Give Yourself the Gift of Done by Jon Acuff.