Henry Ford is one of the most influential entrepreneur of the 20th century. He founded the Ford Motor Company that revolutionized transportation through the introduction of the Model T which was the first affordable automobile that middle-class Americans could travel in. The Model T was named in the 1999 Car of the Century competition as the most influential car of the 20th century.

Henry Ford developed the assembly line technique of mass production, reduced working hours and the five-day work work, and he changed the transportation industry through his eponymous company. His autobiography: My Life And Work is a great book about how he built the Ford Motor Company, his business and life philosophies, his approach to philanthropy and success.

Here are some great quotable quotes from My Life And Work by Henry Ford:

A man ought to be able to live on a scale commensurate with the service that he renders.

Given a good idea to start with, it is better to concentrate on perfecting it than to hunt around for a new idea. One idea at a time is about as much as any one can handle.

Business men go down with their businesses because they like the old way so well they cannot bring them- selves to change.

We get some of our best results from letting fools rush in where angels fear to tread. 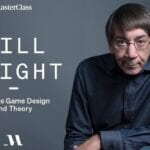