Quotable Quotes from Will by Will Smith Autobiography.

Oprah Winfrey referred to Will Smith’s autobiography as “The best memoir I’ve ever read”. In Will, American actor Will Smith takes the reader on a journey about his life, growing up in West Philadelphia, his parental influences, his rapping and acting career. Smith was very vulnerable about his failures (divorce, tax issues), successes (box office chart breaking records and movies).

What you have come to understand as “Will Smith,” the alien-annihilating MC, the bigger-than-life movie star, is largely a construction—a carefully crafted and honed character—designed to protect myself. To hide myself from the world. To hide the coward.

Here are some great quotable quotes from Will by Will Smith:

Sometimes we’d rather blindfold ourselves than take a cold, hard look at the world exactly as it is.

Life is like school, with one key difference—in school you get the lesson, and then you take the test. But in life, you get the test, and it’s your job to take the lesson.

It is better to be a warrior in a garden, than a gardener in a war.– Bruce Lee

A noble aim engenders positive feelings. When we pursue what we believe to be a profound and valuable goal, it stirs the best parts of ourselves and others.

How we decide to respond to our fears, that is the person we become. 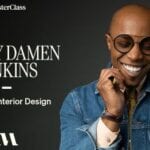