Quincy’s former teacher in Paris, Nadia Boulanger used to tell him: “Quincy, there are only twelve notes. Until God gives us thirteen, I want you to know what everybody did with those twelve.” Bach, Beethoven, Bo Diddley, everybody . . . it’s the same twelve notes. Isn’t it amazing? That’s all we have, and it’s up to each of us to create our own unique sound through a combination of rhythm, harmony, and melody.”

In 12 Notes: On Life and Creativity, Quincy breaks down his principles, approach to life, and philosophies, along with standout stories from his journey in twelve chapters called “notes”.

Recycle your pain, if you can see it you can be it, go to know, establish your guideposts, always be prepared for a great opportunity, sharpen your left brain, avoid paralysis from analysis, understand the power of being underestimated, do what’s never been done before, value relationships, and most important, recognize the beauty and inherent value of life.

Here are some great quotable quotes from 12 Notes: On Life and Creativity by Quincy Jones

Anger is an acid that can do more harm to the vessel in which it is stored than to anything on which it is poured. – Mark Twain

Trauma is frozen at the peak, and if you stay trapped at the top, you’ll die.

Personal growth is just a journey from mind pollution to mind solution.

Without hope, opportunities do nothing more than demonstrate to a disadvantaged individual what they are unqualified to be.

You are more courageous than you think, wiser than you know, and more loved than you could ever imagine.

Not one drop of my self-worth depends on your acceptance of me. – Quincy’s Dad favourite phrase

Your success in any field is only as strong as the foundation that you create for yourself.

Good luck usually follows the collision of opportunity and preparation, so you’ve got to be prepared. Keep developing your skills, and then let whatever might happen, happen.

Being underestimated is the best position to be in because it provides you with an opportunity to not only meet expectations but also to exceed them.

The time of least attention is often when you can see the most clearly, without having the opinions of others as a distraction.

Learn to deal with the valleys, because the hills will take care of themselves

Acting without integrity might get you to a certain point, but the consequences of your actions will always catch up to you. 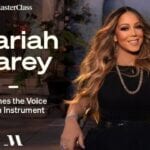 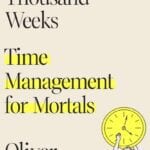