Born in 1946, President Clinton spent his earliest years at the home of his grandparents, Edith and Eldridge Cassidy, while his mother attended nursing school (his father had tragically died in a car accident several months before he was born). When he was four years old, his mother remarried, and the family moved to the lively resort town of Hot Springs, Arkansas.

As a teen, President Clinton excelled academically and displayed a passion for politics. Even at
a young age, he aspired to become president one day—a goal heavily influenced by a trip to Washington, D.C., where, as a sixteen-year-old, he shook hands with then-president John F. Kennedy in the White House Rose Garden. (President Clinton was there to represent Arkansas
during a teen leadership conference.)

Later on, President Clinton returned to Washington, D.C. to attend Georgetown University for
his undergraduate education. He was a charismatic presence on campus and was elected student body president two years in a row. Following Georgetown, President Clinton set off for
Oxford University in the U.K. with a Rhodes Scholarship, an international fellowship considered to be one of the most prestigious academic programs in the world. He then headed to Yale Law School in New Haven, Connecticut, where he met his future wife, Hillary Rodham, who would go on to become a U.S. senator and secretary of state.

Eyes on the Prize

After graduating from Yale, President Clinton returned to Arkansas to launch his political career. He became the state’s attorney general in 1976 and its governor two years later. But he never took his eyes off of America’s highest office. He declared his candidacy for president in 1991 while he was still governor of Arkansas, arguing that twelve years of successive Republican leadership—under former presidents Ronald Reagan and George H.W. Bush—had led to economic stagnation. He won the 1992 general election, having spurred a significant share of young voters to the polls by doing something no candidate had done before: answering questions on MTV, the teen-oriented American cable network.

If the people you’ve hired are reluctant to challenge your opinions, “then you may be losing their most creative contributions. He recommends making it clear to your team that they won’t face retaliation for speaking their mind.

2. GIVE CREDIT WHERE CREDIT IS DUE

Modeling generous behavior isn’t just about being viewed as altruistic. In the workplace, as in life, who gets credit (and for what) matters. To ensure a healthy workplace culture, encourage your colleagues to credit others, elevate the quiet, diligent performers, and remember that credit is not a zero-sum game—there’s plenty to go around.

3. STEP BACK AND LOOK AT THE BIGGER PICTURE
Showing others how their efforts fit into a larger context can help them appreciate the work they’re doing. (It’s also important to acknowledge the labor behind their significant contributions.) By emphasizing the impact your work will have on the world, you can also make that work more meaningful, memorable, and fun.

4. CULTIVATE A LEADERSHIP MINDSET
Your mindset as a leader affects your ability to navigate ever-shifting responsibilities, relationships, and goals at your organization.

How to Assemble SUCCESSFUL TEAMS

Studies by academics have found that companies with diverse management made more money, while studies by psychologists have found that diverse juries were better able to size up a defendant’s guilt or innocence. Diverse teams also tend to process facts more carefully and are more innovative.

Requesting feedback may seem scary, but the more often you do it, the less stressful it becomes. Try posing specific questions, asking for examples, and reaching out to both peers and managers.

LOOK BEYOND THE RÉSUMÉ

Finding the perfect person for a job can be a herculean task, and attempts to standardize the process are often doomed from the outset.

COMMIT TO THE SAME GOAL

When it comes to achieving the outcome of your dreams, getting every one of your team members on the same page is essential. 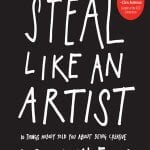 Book Summary -Steal Like an Artist by Austin Kleon. 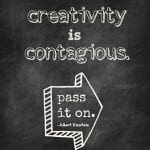