History does not repeat itself but it rhymes.

The American president is a uniquely powerful figure on the national stage—indeed, on the world stage. He or she holds sway over an executive branch whose responsibilities range from national defense to agricultural price supports and on to health, education, and tax policy.

But, as the saying goes, power corrupts. It is not unheard of in American history for presidents to wield their significant powers in ways that are contrary to law or that call into question their fitness for office. What happens when presidents or their administrations are thought to have engaged in misconduct or the abuse of their powers?

When the president does it, that means that it is not illegal. – Richard Nixon

The Course explores how law, policy, and history can guide our response to presidential abuse, and considers whether the institutions of American democracy are robust enough to constrain a president who engages in misconduct. These issues, so salient in the past, are once again at the forefront of Americans’ minds.

The course also examines unique advantages that presidents have in responding to investigations of their conduct. They have, for example, an executive privilege which can be used to shield confidential executive communications—at least some of the time. Presidents also have the power of the bully pulpit, which is the ability to command attention and vilify their prosecutors or change the topic to whatever suits them better.

The Impeachment of Andrew Johnson

Andrew Johnson succeeded Abraham Lincoln after Lincoln was assassinated. Despite his pro-Union tendencies, Johnson did everything in his power to frustrate Congress’s plans for Reconstruction—that is, their plan to rebuild the South. He vetoed both the Civil Rights Act and the 14th Amendment, which granted ex-slaves the rights of other citizens to equal protection under the law.

Republicans in Congress wanted to rein in Johnson and keep in place cabinet members who were loyal to Lincoln and the idea of Reconstruction, so they passed the Tenure of Office Act, which prohibited the president from firing anyone in his administration without Senate approval.

In February 1868, Johnson fired the secretary of war, Edwin Stanton, who was committed to southern Reconstruction. Johnson’s firing of Stanton set up a direct confrontation with Congress, because it clearly violated the Tenure of Office Act.

The House of Representatives voted overwhelmingly to impeach Johnson. Following constitutional requirements, the Senate spent much of April 1868 holding an impeachment trial. In May, however, the Senate failed to convict him. The final vote was 35 votes of guilty and 19 of not guilty, which was one vote short of the two-thirds majority that the Constitution required.  Johnson was acquitted and served out the remainder of his term.

Albert Bacon Fall became the first presidential cabinet member to go to prison; no one was convicted of paying the bribes.

The Watergate scandal was a political scandal in the United States involving the administration of U.S. President Richard Nixon from 1972 to 1974 that led to Nixon’s resignation. The scandal stemmed from the Nixon administration’s continuous attempts to cover up its involvement in the June 17, 1972 break-in of the Democratic National Committee headquarters at the Washington, D.C. Watergate Office Building.

After the five perpetrators were arrested, the press and the U.S. Justice Department connected the cash found on them at the time to the Nixon re-election campaign committee. Five months after the break-in, in November 1972, Nixon was reelected in a landslide. In January 1973, the five burglars were convicted of conspiracy and burglary. Then the investigation spun out of control.

President Richard Nixon (1913–1994) was the first US president to resign from office.

The Impeachment of Bill Clinton

The specific charges against Clinton were lying under oath and obstruction of justice. The charges stemmed from a sexual harassment lawsuit filed against Clinton by Paula Jones and from Clinton’s testimony denying that he had engaged in a sexual relationship with White House intern Monica Lewinsky.

On December 19, 1998, Clinton became the second American president to be impeached (the first being Andrew Johnson, who was impeached in 1868), when the House formally adopted two articles of impeachment and forwarded them to the United States Senate for adjudication; two other articles were considered but were rejected.

Clinton thus became the second U.S. president to be impeached; the first, Andrew Johnson, was impeached in 1868.

Clinton was impeached by the House of Representatives on December 19, 1998 on grounds of perjury to a grand jury (first article, 228–206) and obstruction of justice (third article, 221–212). The two other articles were rejected, the count of perjury in the Jones case (second article, 205–229) and abuse of power (fourth article, 148–285). Clinton remained in office for the remainder of his second term.

Clinton was held in civil contempt of court by Judge Susan Webber Wright for giving misleading testimony in the Paula Jones case regarding Lewinsky and was also fined $90,000 by Wright. His license to practice law was suspended in Arkansas for five years; shortly thereafter, he was disbarred from presenting cases in front of the United States Supreme Court.

Can a sitting president be indicted?

Agnew paid only a $10,000 fine, and he was placed under three years of unsupervised probation.

Precedents on the presidents indictability 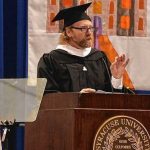 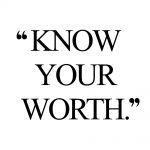