Fishpeople tells the stories of a unique cast of characters who have dedicated their lives to the sea and the transformative effects of time spent in the ocean. It chronicles the story six people transformed by their experience with the sea. The six people profiled in the documentary include Kimi Werner, Matahi Drollet, Lynne Cox, Ray Collins, Eddie Donnellan, and Dave Rastovich.

If I did not going diving, we did not have food. It is hard to argue when you are underwater.

Just Relax and remember how to swim.

When you are underwater, there is no street signs telling you which to turn or which way to go but in the same respect, the signs are everywhere.

I love it, I don’t know how to describe it. It’s really scary but so good at the same time. And that’s why I do it.

Swimming is like playing a musical instrument And you don’t know what the music gonna be until you are out there.

She is best known for her swim across the Bering Strait from the United States to the Soviet Union 7 August 1987. She twice held the overall record for the fastest crossing of the English Channel from England to France and has completed over 60 challenging swims around the world.

The swim opened the border between the US and Soviet Union. Both US President Ronald Reagan and Soviet leader Mikhail Gorbachev hailed her accomplishment at the signing of the INF Missile Treaty at the White House.

In 2007 a tragic underground coal mining accident left him with a knee injury and for several months – unable to walk, it was then he discovered photography. Reading and re-reading the camera manual back-to-front helped him understand the processes of photography and how to interpret and manipulate light. As rehabilitation progressed he invested in a water housing to combine his new passion – photography, with his one true love – the ocean.

With the aim of shooting his friends surfing around his local area and a goal of getting a single shot published, within a few months he had captured the surfing worldʼs attention by gracing the front covers of several international magazines with his fresh perspective and his willingness to risk his personal safety to get the shot.

The shot is the last thing in a chain of event. It comes from looking at weather maps, wind, tide, where the sun is gonna line up.

Eddie Donnellan has spent his entire life surfing in and around the San Francisco region. In 2015, after working in residential treatment care for 22 years, he and his childhood friend Tim Gras founded the MeWater Foundation, a nonprofit with a goal to “educate, inspire and empower youth and families through the magic of Mother Nature.” Among the foundation’s work is a program designed to give young people more exposure to the beaches and waters around their hometown.

A renowned freesurfer and leader of campaigns against fish farms, offshore oil drilling and other threats to our oceans, Dave Rastovich lives near the water in rural New South Wales. 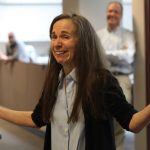 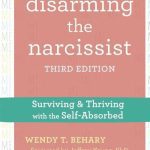