Narcissism is a self-centered personality style characterized as having an excessive interest in one’s physical appearance and an excessive preoccupation with one’s own needs, often at the expense of others. 1 A narcissist is an individual showing symptoms of or affected by narcissism such as an extremely self-centered person who has an exaggerated sense of self-importance. A Narcissist has a bloated self-image/ego, ignores the needs of those around them. 2 A bit of narcissism is not bad as it is sometimes needed for self-confidence. Although, too much obsession with oneself can lead to malignant or grandiose narcissism.

Narcissism is not all bad

All of us need a certain amount of normal self-regard (“healthy narcissism”) to develop normally and thrive in adult life, but when that feeling grows out of proportion and overwhelms other feelings, we come to suffer from narcissism.

In their book The Narcissism Epidemic: Living in the Age of Entitlement,  Psychology Professor Dr. Jean Twenge  & social psychologist W. Keith Campbell Ph.D. described strategies for identifying narcissism, minimizing the forces that sustain and transmit it, treating it or managing it where we find it. They write:

A narcissist has an overinflated view of his own abilities, similar to the kitten that sees himself as a lion on the popular poster. Narcissists are not just confident, they’re overconfident. In short, narcissists admire themselves too much.

The central feature of narcissism is a very positive and inflated view of the self. People with high levels of narcissism—whom we refer to as “narcissists”—think they are better than others in social status, good looks, intelligence, and creativity. However, they are not. Measured objectively, narcissists are just like everyone else. Nevertheless, narcissists see themselves as fundamentally superior—they are special, entitled, and unique. Narcissists also lack emotionally warm, caring, and loving relationships with other people.

The word narcissism comes from the Greek myth of Narcissus, an attractive young man who set out looking for someone to love. The beautiful nymph Echo falls in love with him and repeats everything Narcissus says, but he rejects her, and she fades away. Narcissus keeps looking for the perfect mate until one day he sees his own reflection in the water. Narcissus falls in love with his own image and gazes at it until he dies. At that spot on the riverbank grew the flower now known as the narcissus (a subspecies of daffodil). The myth of Narcissus captures the tragedy of self-admiration because Narcissus becomes frozen by his self-admiration and unable to connect with anyone outside himself—and his narcissism harms other people (in this case, Echo). The legend reflects real life, with the most serious consequences of narcissism falling upon others and society.

A narcissist is full of herself, has a big head, is a blowhard, loves the sound of his own voice, or is a legend in her own mind.

In her book, The Highly Sensitive Person’s Survival Guide to Dealing with Toxic People, author Shahida Arabi identified the narcissist as one of the five toxic personality types that every highly sensitive person’s or empath should be on the look out for. She noted:

Narcissists can be dangerously toxic because they lack the empathy to actually care about anybody else’s needs but their own. They are self-absorbed, self-centered, and extremely entitled. Depending on the severity of their narcissism, they can also be abusive when any perceived slight induces their narcissistic rage.

In Disarming the Narcissist: Surviving and Thriving with the Self-Absorbed, psychotherapist Wendy T. Behary describes the difference between sociopathy and narcissism.

Sociopaths appear to be self-righteous, and therefore, may resemble someone with a narcissistic personality, but sociopaths are typically more aggressive and devious, deriving actual pleasure from producing pain, without a sense of right versus wrong. They sometimes lack what neuroscientists might call a neuro-moral architecture in the brain.

Narcissists will indeed hurt us, but the hurt is often inflicted to protect their pride, possessions, or ego, rather than to create pain. Narcissists are self-absorbed and preoccupied with achieving the perfect image (recognition, status, or being envied). They appear to have little or no capacity for listening, caring, or understanding the needs of others, which can leave them without true intimacy, the feeling of being understood and held safely and lovingly by another person.

Narcissistic personality disorder — one of several types of personality disorders — is a mental condition in which people have an inflated sense of their own importance, a deep need for excessive attention and admiration, troubled relationships, and a lack of empathy for others. But behind this mask of extreme confidence lies a fragile self-esteem that’s vulnerable to the slightest criticism.

A narcissistic personality disorder causes problems in many areas of life, such as relationships, work, school, or financial affairs. People with narcissistic personality disorder may be generally unhappy and disappointed when they’re not given the special favors or admiration they believe they deserve. They may find their relationships unfulfilling, and others may not enjoy being around them. 3

Author and senior writer at Time magazine, Jeffrey Kluger, in his book –The Narcissist Next Door: Understanding the Monster in Your Family, in Your Office, in Your Bed-in Your World writes about the pervasiveness of narcissism and Narcissistic Personality Disorder (NPD). He observed:

It is much the same way with narcissism. The actual incidence of true narcissistic personality disorder (NPD) is just 1 percent in the general population, sneaking up to 3 percent in certain groups—such as people in their twenties who have yet to be humbled a bit by the challenges and setbacks of adult life. The numbers climb much higher among self-selected populations of people who have already entered psychotherapy for some emotional condition, ranging anywhere from 2 percent for the average therapy patient to 16 percent for institutionalized patients.

The behaviors that characterize the narcissistic personality are spelled out starkly by the Diagnostic and Statistical Manual (DSM), psychology’s universally relied-upon field guide to the mind, which defines the condition as, in effect, three conditions:

Narcissists are, in a sense, emotional muggers, people who assault their victims with a combination of stealth and misdirection—leaping out at them in situations and at times when they have a right to feel safe and taking what they want.

Harvard Medical School psychologist Craig Malkin identifies the variety of narcissists in his book, Rethinking Narcissism: The Secret to Recognizing and Coping with Narcissists.

Extroverted Narcissists
They’re loud, vain, and easy to spot. They flaunt their money and possessions, scramble to be the center of attention at every occasion, ruthlessly jockey to rise through the ranks at their office.

Introverted Narcissists
Introverted narcissists (also called “vulnerable,” “covert,” or “hypersensitive” in scientific literature) are just as convinced that they’re better than others as any other narcissist, but they fear criticism so viscerally that they shy away from, and even seem panicked by, people and attention.

Communal Narcissist
Communal narcissists, a type more recently identified by researchers, aren’t focused on standing out, being the best writer or most accomplished dancer or the most misunderstood or overlooked genius. Instead, they regard themselves as especially nurturing, understanding, and empathic. They proudly announce how much they give to charity or how little they spend on themselves.

Extroversion drives people to ascend the stage, become the life of the party, and seek new adventures. Introversion makes us a little quieter, less drawn to crowds, and more reflective, taking the time to think before we speak. Whatever form our narcissism takes is bound to be influenced by this inborn tendency; as you’ve seen, not all narcissists are charismatic go-getters—and a good deal of that has to do with our genetic predispositions.

Enjoying fantasies of greatness without becoming addicted to them requires an ability to feel good about ourselves—to have a solid sense of self-esteem and self-worth, to enjoy attention and praise—but without a relentless need to prove ourselves. People who can accomplish this believe themselves capable of extraordinary things, but aren’t devastated when they fall short from time to time. They have a drive to chase after the spotlight but can give up pursuit when the cost becomes too great. 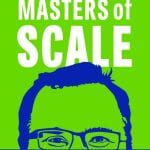 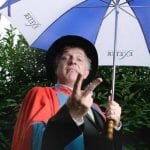