No One Succeeds Alone by Robert Reffkin.

In No One Succeeds Alone: Learn Everything You Can from Everyone You Can, American Entrepreneur and CEO of online real estate company Compass, Inc., Robert Reffkin, shares lessons and insights learned in his entrepreneurial and life journey. How he became the youngest-ever White House fellow, created multiple nonprofits, and founded a multibillion-dollar company.

Favourite Takeaways: No One Succeeds Alone: Learn Everything You Can from Everyone You Can by Robert Reffkin

Robert Reffkin was raised by a single mother without much money. He made more than $100,000 running his first business while still in high school, DJing bar mitzvahs, high school dances, and house parties.

He graduated from Columbia University in two and a half years. He was the only student from his college class hired at the New York headquarters of the exclusive management consulting firm McKinsey & Company. He then had a fast-paced career at Lazard, the White House, and Goldman Sachs.

He started a nonprofit at age twenty-nine to help kids who were the first in their families to attend college. He ran fifty marathons—one in each US state—to raise $1 million for charity. He founded his own tech start-up, Compass, which is now worth billions of dollars.

Finding my place in the world

My mother is an Israeli immigrant. My father was an African American man from Louisiana who left me and my mom when I was just a baby. Through his actions, my dad, in effect, told me that I did not belong. After I was born, my mother’s parents—my grandparents—asked her only one question. They didn’t ask, “Is he happy?” They didn’t ask, “Is he healthy?” They asked, “What is he?” My mom said, “He is Jewish . . . and Black.” My grandparents immediately hung up the phone and disowned us both. From that day to their death, I never met them. I never even spoke to them. They made it clear that I didn’t belong.

Your place in the world is sometimes an actual physical place: a home, aneighborhood, or a city. But it can also be something that speaks to your senseof purpose in life: a job, a community, a relationship. Your place is wherever youfeel fulfilled, alive, and at peace.

In a way, his abandoning me when he did is actually the greatest gift he gave me. While my mom quietly wrestled with serious emotional trauma, I was able to have a happy childhood.

Seeing the ways my dad’s life fell apart taught me how to hold my life together. I saw my father give up on his life, and it gave me the determination to never do the same. Because of him, I’ll always keep trying, keep striving, keep showing up. While ego can sometimes give you a boost of energy or a drive to succeed, I think it can often be more dangerous than it’s worth.

Don’t create a second patient: Make sure to keep yourself safe while you’re treating someone who is injured or sick, or you won’t be able to help them and some- one else will have to help you.

Gene Reffkin is not my biological father my mother kept his name after their divorce and made Reffkin my last name as well since she and my father, Lee, never married.) Even though Gene and I are not related by blood and only incidentally by sharing the same last name, he’s the best godfather I could ever ask for. I feel lucky that he’s still in my life to this day.

I’ve even done it at the lowest moments in my life, like after I had my heart broken by my college sweetheart in my early twenties or after I lost my entire life savings in the stock market. After both situations, I got some paper the next morning and sketched out massive multiyear plans to earn back the love and the money I’d lost.

1. Assume it was a misunderstanding

2. Empathize with the other person

3. Use the experience to learn about people

4. Harness it for motivation

The five-step process for success

Sketch out the Future

Learn from your failures and successes

Dream up a new dream

Success is the best Revenge

You’ll meet many skeptics and doubters who say they wish you well but still want you to know how likely it is that you’ll ultimately fail. You’ll meet cynics whose negative mindsets say that trying isn’t worth it. You’ll meet outright haters who love nothing more than watching you stumble or struggle or fall. And if you’re trying to do big things, you’ll find even more of those folks.

The question I ask myself is: How can I transform all of their negativity into fuel for my own success? Like those movie heroes who visualize their ancestors when they need to summon their inner strength, I find myself visualizing all of the people who ever told me I can’t do something when I need to take on a big challenge.

Where I got the idea to run fifty marathons

I printed out the bios of the White House Fellows from the last ten years and the Henry Crown Fellows from the Aspen Institute. I highlighted the best things I saw. Studying the bios of more than one hundred incredible people helped me learn from all of their lives in a short time. It provided me with more ideas more quickly than I could have gotten any other way.

Plus, these ideas were all proven. Other people had already done them, earned prestigious fellowships afterward, and deemed those achievements worthy of including in their paragraph-long bios.

I decided to bring all those ideas together into one plan. I would run fifty marathons, one in each US state, to raise $1 million for nonprofits, and I would partner with my mom and invite her to every race. The fact that I wouldn’t be the first person to do any of these was much less relevant than their impact.

He ran 50 marathons in 50 states to raise $1 million dollars for charities — including for America Needs You, the non-profit he founded to serve young people living below the poverty line who are the first in their families to go to college.

Focus on results, not activities
Success only comes from delivering measurable impact

People often find excuses not to focus on results for good reason: you might not hit your goals. And let’s face it, it’s much easier to prove that you’re doing a lot of work than it is to show that you’re having a lot of measurable impacts.

But don’t let that fear convince you to seek comfort by simply staying busy. Don’t fall for the trap of feeling good about working hard on a lot of different things. Driving real results is the only way to create progress—and nothing is more satisfying or fulfilling than progress.

That’s the advantage of hitting rock bottom: you suddenly realize you have to change your outlook or you’ll be stuck looking straight at the dirt on the ground. But if you can find a way to shift your eyes upward, you can see the blue of the sky once again. If you can dream a new dream when you’re at your lowest, you will see there’s nowhere to go but up.

When life throws you challenges and obstacles, sometimes you can deflect them and keep moving forward. Sometimes a setback knocks you clear off your feet and you need to dust yourself off and bounce back. And sometimes you get hit so hard that it takes years before you can start to see your future clearly again. 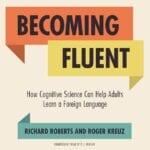 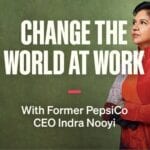