Book Title: New Power: How Power Works in Our Hyperconnected World–and How to Make It Work for You
Authors: Henry Timms and Jeremy Heimans
Publication Year: 2018

Jeremy Heimans, cofounder of Purpose and Avaaz, and Henry Timms, director of the 92nd Street Y in New York—offer a framework for organizations seeking to effectively use the two distinct forces of “old power” and “new power.” Old power, the authors argue, works like a currency. It is held by few and is zero-sum. Once gained, it is jealously guarded, and the powerful have a substantial store of it to spend. It is closed, inaccessible, and leader-driven.  It downloads, and it captures.

The future will be a battle over mobilization. The everyday people, leaders, and organizations who flourish will be those best able to channel the participatory energy of those around them—for the good, for the bad, and for the trivial.

New power operates differently, like a current. It is made by many. It is open, participatory, and peer-driven. Like water or electricity, it’s most forceful when it surges. The goal with new power is not to hoard it but to channel it.

New power actors differ from old power players along two dimensions: the models they use to accumulate and exercise power and the values they embrace. Some enterprises, like Facebook, have new power models but don’t seem to embrace the values; others, like Patagonia, have new power values but wield their influence using traditional old power models.

The book is about how to navigate and thrive in a world defined by the battle and balancing of two big forces : The old power and new power.

New Power is the deployment of mass participation and peer coordination to create change and shift outcomes.

People have always wanted to take part in the world. Throughout history, movements have surged, people have organized collectively, communities have built collaborative structures to create culture and conduct commerce. There has always been a dialectic between bottom-up and top-down, between hierarchies and networks.

Thanks to today’s ubiquitous connectivity, we can come together and organize ourselves in ways that are geographically boundless and highly distributed and with unprecedented velocity and reach. This hyperconnectedness has given birth to new models and mindsets that are shaping our age, as we’ll see in the pages ahead. That’s the “new” in new power.”

Old power models ask of us only that we comply (pay your taxes, do your homework) or consume. New power models demand and allow for more: that we share ideas, create new content (as on YouTube) or assets (as on Etsy), even shape a community (think of the sprawling digital movements resisting the Trump presidency).

“The skills in question are often misunderstood as the ability to self-promote on Facebook or as Snapchat for Dummies. But new power is about much more than just new tools and technologies.”

Think of Facebook, the new power platform that most of us know best. For all those likes and smiley faces we create using what the company calls our “power to share,” the two billion users of Facebook get no share of the vast economic value created by the platform. Nor any say in how it is governed. And not a peek into the algorithm that has been proven to shape our moods, our self-esteem, and even some elections. Far from the organic free-roaming paradise the early internet pioneers imagined, there is a growing sense that we are living in a world of participation farms, where a small number of big platforms have fenced, and harvest for their own gain, the daily activities of billions.

New power models, at their best, reinforce the human instinct to cooperate (rather than compete) by rewarding those who share their own assets or ideas, spread those of others, or build on existing ideas to make them better. Many new power models such as Airbnb are driven by the accumulated verdict of the community. They rely on reputation systems that ensure that, say, rude or messy guests on the platform have trouble finding their next places to stay.

In contrast, those with old power values celebrate the virtues of being a great (and sometimes ruthless) competitor, defined by your victories. Dividing the world into winners and losers, this mindset considers success a zero-sum equation. It is the classic thinking behind much of corporate life and essential to the culture of sales teams in almost every industry.

The Ice Bucket Challenge—love it or hate it—was a phenomenon that tells us something important about our era. By unpacking how and why this campaign went so big, we can learn a lot about how ideas—good, bad, and ugly—spread in a new power world.

The Ice Bucket Challenge worked not because it was a perfect piece of content, like Nike’s “Just Do It” slogan, but because it created a compelling context to seed activity by people all around the world. It was a blueprint for action dropped into the fast-moving current of ideas and information, ready to be taken in countless directions, in countless forms.

ACE stands for the three design principles key to making an idea spread in a new power world:

Actionable—The idea is designed to make you do something—something more than just admire, remember, and consume. It has a call to action at its heart, beginning with sharing, but often going much further.

Connected—The idea promotes a peer connection with people you care about or share values with. Connected ideas bring you closer to other people and make you (feel) part of a like-minded community. This sets off a network effect that spreads the idea further.

Extensible—The idea can be easily customized, remixed, and shaped by the participant. It is structured with a common stem that encourages its communities to alter and extend it.

“An ACE idea: An idea designed so that the crowd will take hold of it and spread it. It is actionable because it is designed to make a user do something, connected because it makes a user feel part of a like-minded community, and extensible because it is structured with a common stem that encourages its communities to alter and extend it.”

Successful movements often build up off the backs of storms—galvanizing moments of human drama and urgency that can be hard to predict but that provide great energy. Sometimes storms happen and the movement works to embrace them, even if at first they seem like setbacks. Sometimes, a movement sees a storm out in the world and chases it. At other times, a movement creates a storm out of thin air.

Many old power organizations will take days just to cobble together a press release. But organizations now need to be set up to move faster, to soak up the energy in a moment and turn that into new supporters. Byzantine bureaucracies requiring multiple sign-offs aren’t the right tools for storm chasing.

The shapeshifter (vs. the disrupter)

The shapeshifter is a new power change agent in old power garb, a figure with unimpeachable institutional credibility who smooths the path to change and sets an example for the timid or resistant to follow. The shapeshifter figure will likely not be the person who executes day-to-day the big structural changes that make transitions happen, but will be the spiritual and symbolic figure who, steeped in tradition, is ideally placed to guide the institution toward a new identity and a new relationship with its communities.

Contrast the shapeshifter with a much more familiar modern figure in organizations, the disrupter.

Leading an old power organization through transition isn’t about “breaking shit.” It requires a tricky blend of tradition and innovation, past and future. Those efforts need shapeshifters who can show—by example—how to get the best of both worlds.

The bridge (vs. the digital beard)

More than one old power organization has found itself with a “chief innovation officer” or “director of strategic initiatives” parachuted in by a CEO desperate to uncover some magical revenue line, or to serve as public evidence that her leadership really is engaging with the new world. But despite good intentions, these people often end up as “digital beards,” providing cover for a risk-averse leader and an unchanging strategy, and relegated to the margins of power and influence within the organization. They are often a small department paid to think about the future, resented by the rest of the organization for not doing what is considered “real work.” They cut ribbons at openings for 3D printing labs but in reality are often siloed and underfunded.

“Bridge: A new power change agent who can meaningfully connect with the new power world, making the practical “jumps” between old and new power. A bridge’s work is structural. A digital beard is often mistaken for a bridge, but actually provides cover for a risk-averse organization and resides on the margins of influence.”

Instead of the “beard,” what organizations really need is a “bridge,” that person who can meaningfully connect his organization to the new power world, making the practical “jumps” between old and new power.

The solution seeker (vs. the problem solver)

Any team “taking the turn” needs to build a squad of solution seekers. These are the people, typically drawn from the main body of staff, who will become the experimenters and allies of new power initiatives. Investing in this group—and recruiting for it—is key, not just in creating new value for an enterprise, but as a political force.

In old power organizations, all of our resources, training, recognition, and rewards are geared to problem solving. Shifting them is hard work.

The super-participant (vs. the stakeholder)

No new power team would be complete, of course, without those people who create huge value in the community: the super-participants. These are the most engaged and active people in your wider crowd—AFOLs like Robin Sather, who set up the Vancouver Lego club, and Bruce Cragin, the semi-retired telecommunications engineer who out-thought a group of the best-resourced rocket scientists in the world. Though his idea was the most celebrated, he was just one of many super-participants who contributed valuable thinking to NASA’s efforts.

One of the dangers of transitioning to new power is in seeing the crowd as a distant, amorphous asset—a blurry mass of occasional opportunity. But crowds cannot be approached in the same way that organizations often treat such “stakeholders” as civil society or investors: as external actors who must be managed (and sometimes tolerated) alongside the pursuit of the activities that “really” matter. In contrast, super-participants always participate, and they create value by doing so.

The Cheerleader (bottom right) champions new power values like collaboration, transparency, and participation, but leads in an old power way. He either isn’t able or doesn’t want to genuinely distribute power.

The Castle (bottom left) pairs old power values with an old power leadership model—this is the traditional hierarchical and authority-based model of leadership most of us grew up with, and which is widespread in sectors like the military, business, and education.

The Co-opter (top left) deploys a crowd and skillfully uses new power tools and tactics—but does so in the service of old power values, and to concentrate power for himself. 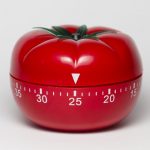 Make Your Bed: Little Things That Can Change Your Life…And Maybe the World by Admiral William H. McRaven.