Netflix has announced the launch of a book club, a one-of-a-kind book club from the home of the world’s most talked-about book adaptations.  The Netflix Book Club is hosted by Orange is the New Black star and Three-time Emmy Award winner Uzo Aduba. As a fan of great books, I can’t for the show to start.

Through Netflix Book Club, readers will hear about their new favorite books, films, and series adaptations first – and get exclusive access to the process behind bringing these books from page to screen.

You know that feeling you get when someone tells you that the book you just finished (and loved) is about to become a TV show or a movie? Yes, that feeling. Well, what if we told you that you have just found your brand new home for all things literature and entertainment?

The Netflix Book Club dives deep into the trenches of the stories that we can’t stop thinking about! Will the new adaptation stick to the ending? Who would be a good fit to play the protagonists? Will new characters be added, and will they work with the storyline? Let’s talk about it!

Readers around the world know what’s next in their TBR (to-be-read) list whenever Netflix announces its next adaptation because the hype is real: books that Netflix turn into pop culture phenomena blast up to the top of bestseller lists long after they were first published, such as the Bridgerton books (18 years later) and The Queen’s Gambit (37 years later).

Uzo will announce monthly book selections that will be making their way to Netflix and host conversations about the adaptation process with the cast, creators, and authors over a cup of coffee at Starbucks in a new social series, “But Have You Read the Book?

For the avid readers, the dedicated watchers, and the endlessly curious, get ready to turn the page.

The social series will kick off on November 16 2021 and live on the Still Watching Netflix YouTube Channel and the Netflix US Facebook channel. 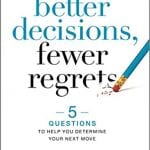 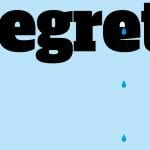 Scribd: The Netflix of Books.