From the landmark album “Illmatic” in 1994 to the Grammy-winning “King’s Disease,” Nas has been exposing truth through rhymes and vivid street poetry for more than 25 years. Now he’s sharing his journey, the evolution of Hip-Hop, and a brand-new song with you. Hip-Hop, lyricism, flow—learn how to tap into the power of your own voice and turn your experiences into music with one of rap’s all-time greatest artists.

Named one of Billboard’s Best Rappers of All Time, Nas emerged as one of the leaders of the 1990’s “golden age of Hip-Hop” with “Illmatic” in 1994, which is still widely regarded as one of the greatest Hip-Hop albums ever. Drawing from his experience growing up in New York City, his lyrics and rhymes gave voice to the voiceless and helped fuel a global musical revolution.

Nas was born into music. His father, Olu Dara, is a cornetist who established himself as a respected member of the jazz community in the 1970s, but the roots run deeper than that. Nasir bin Olu Dara Jones was born in 1973 and raised in the largest housing project in the United States: Queensbridge, a development in Queens, New York, that stretches six blocks and encompasses ninety-six buildings. He showed some early promise on the trumpet; it didn’t stick, but his love of music was hardwired. And while his education went no further than eighth grade, his curiosity was infinite

The mid-1980s birthed landmark albums by New York-based hip-hop artists like Run DMC, Whodini, Public Enemy, LL Cool J, SaltN-Pepa, and more—and as young Nas fed his love of hip-hop, inspiration was right next door: Producer Marley Marl and rappers Roxanne Shante, MC Shan, and Craig G all lived in Queensbridge. Their success lit the way for Nas, who, at eighteen years old, introduced himself to the world with a preternaturally assured guest verse on a song called “Live at the Barbeque” by the New York/ Toronto-based hip-hop group Main Source. From the beginning, Nas’s verbal agility was unmistakable.

Today Nas is one of hip-hop’s most respected and successful artists, often cited as one of the greatest rappers of all time. He has collaborated with American rappers and singer-songwriters like Jay-Z, Timbaland, Alicia Keys, Dr. Dre, and Lauryn Hill. He’s sold more than 12 million albums, garnered fourteen Grammy nominations from America’s Recording Academy, and performed his debut album, Illmatic—which American online music publication Pitchfork, in a perfect-10 review, called “an example of how great rap can be”—at the John F. Kennedy Center for the Performing Arts in Washington, D.C., with the city’s National Symphony Orchestra. He’s also an accomplished actor, a veteran film producer, and an astute businessman.

Eight ways to jump-start and turbo-charge your songwriting

As a kid, Nas and his friends would sing and rap along with the hits of the day. From there, they could start to plug in words of their own, drawing inspiration from their lives. Pick a favorite song of yours and give it a try.

Gather cultural artifacts—movies, brands, overheard conversations, bits of jargon—as you go through your days and jot them down in a notebook or your smartphone. Once you sit down to start writing a song, all of these observations will be at your fingertips, a treasure trove for whenever you need to make a relatable reference.

Young Nas would organize his ideas by theme. Take a page out of his book: In your journal or smartphone, try grouping your observations as romantic stirrings, money woes, aspirations, and so on.

Compose on the Go

Nas says that “words need to taste like clear, fresh water in your mouth.” Your phone’s voice-recording app (or an old school tape recorder) is handy when you’d rather recite than write.

Sometimes an unusual word choice can birth a song. So try this: Think of a word that’s at least three syllables; now think of a word that rhymes with your first word (the second word can be any number of syllables); now string those rhymes together with two lines that make sense out of the word pairing, and you’re off and running toward a new composition.

If you get stuck, try to build a verse out of the first crazy thought that comes to mind. That’s how Nas conceived “Rewind,” which famously tells a story backward.

Once you have some lyrics going, take a step back. Which lines excite you, and which ones leave you cold? Could your favorite line become the first line of the song? Keep selecting, cutting, and shifting until you’re happy with every line. For Nas, this process continues even when he’s in the vocal booth.

Remember the goal: vivid stories and emotions. Make sure your song has a beginning, middle, and end—even if you change up the order. Keep your lyrics connected to your five senses and your heart.

A metaphor is a word or expression that invites comparison between two different things. In the Illmatic song “It Ain’t Hard to Tell,” Nas envisions his head as a juicy breakfast favorite with the line, “Wisdom be leaking out my grapefruit.” Later in the song, he offers a double simile—essentially a metaphor with the addition of the word like: “Begin like a violin, end like Leviathan.”

“I use slang to speak directly to the audience that created hip-hop,” Nas says, “the audience that loves hip-hop.” To cite one classic example, Illmatic’s “N.Y. State of Mind” contains the popular phrase, “Y’all know my steelo,” where steelo is slang for style. Double Entendre and Homophones

For Nas, words often carry two meanings at once. In the line “Bullet holes left in my peepholes,” also from “N.Y. State of Mind”, the last word sounds almost identical to peoples.

Citing brands and works of art is a quick way to make points about culture and class. In a few brief lines from the 2006 song “Hip Hop Is Dead,” Nas references the 1984 breakdancing film Beat Street, McDonald’s fast food, and the popular cosmetic injection known as Botox.

Bars refer to rap lyrics, but they can also be part of a compliment: If an emcee has “got bars,” they have talent in rhyming or improvisation. The word is derived from the music theory definition of bars, which are segments of time in a composition that contain a specific number of beats.

A hip-hop contest in which two or more rappers, dancers, or DJs showcase their improvisation talents before an assembled crowd; the crowd then determines a winner based on skill and prowess. Rappers

The rhythmic element of rap. Beat can refer to a song’s percussive part, such as the drum pattern that gives the track its particular rhythm, or the track’s broader rhythmic structure, including some melodic elements.

An instrumental element—usually sampled from another recording— that repeats or “loops” throughout a hip-hop song. Breaks are typically isolated drum or percussion parts, also known as breakbeats; the most famous of these is American drummer Clyde Stubblefield’s riff from American soul powerhouse James Brown’s single “Funky Drummer.”

Synonymous with rapper, emcee represents the pronunciation of MC, which stands for master of ceremonies.

The interplay between rhyme and rhythm in a hip-hop vocal performance. Flow also refers to the rapper’s skill at delivering the song’s verses within its rhythmic structure.

An approach to rap wherein the emcee disregards thematic coherence in favor of stylistic flair; also the act of improvising lyrically. Freestyling in the latter sense can be observed at live rap battles, where emcees demonstrate their skills by trading verbal jabs in rhyme.

An acronym for Greatest of all Time. The term, often used in rap debates, has been applied to many prominent rappers—including, of course, Nas.

Rap lyrics often include a rhyming element, and the pattern in which the lyrics rhyme is the rhyme scheme (see below).

The fundamental building block of a rap song. A verse is frequently composed of sixteen rap bars, or rhyming lines, followed by a chorus or “hook” that reiterates the song’s main theme or furnishes an attention-grabbing moment. Some songs also contain a bridge: a linking element in the song structure with a different delivery or rhythm. 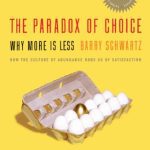 Book Summary -The Paradox of Choice by Barry Schwartz 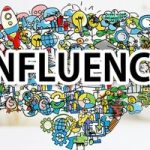