Indian-American business executive Indra Nooyi was named PepsiCo CEO in 2006 making her the first woman of color and immigrant to run a Fortune 50 company. In My Life in Full: Work, Family, and Our Future, Indra chronicles her journey from growing up in India, going to America to school, lessons she learned on her way to leading a fortune 500 company, the challenge of being a woman leader in corporate America, managing work-life balance and leading with the heart.

Indra is one of my favorite business leaders, she seems sincere, authentic, and vulnerable.

Growing Up in India

Indra Nooyi was born Miss Indra Krishnamurthy, Indra grew up in a Hindu Braham family with a progressive outlook and upbringing for the female child. She called her parternal grandfather Tatha and her father Apa, mother Amma,

Indra was selected to attend a variety of seminars and conferences wherein she had tea with the president V. V. Giri.amd prime minister Indira Gandhi, the prime minister. Onn the importance of these events on her world view she said:

“These experiences gave me a broad perspective and the foundational knowledge to better understand the country and my place in it.”

“I am still the girl who grew up in a close family in Madras, in the South of India, and I am deeply connected to the lessons and culture of my youth. I am also the woman who arrived in the US at age twenty-three to study and work and, somehow, rose to lead an iconic company, a journey that I believe is possible only in America. I belong in both worlds.”

We are all balancing, juggling, compromising, doing our best to find our place, move ahead, and manage our relationships and responsibilities. It’s not easy in a society that changes very fast yet sticks to some age-old habits and rules of behavior that feel out of our control.

“My paternal grandfather, a retired district judge, had used all his savings to design and construct this grand, two-story residence, with its terrace and balconies. But he spent all his time in the men’s living room, reading newspapers and books and lounging in a large easy chair with a canvas seat. He slept on a carved-wood divan with deep-blue upholstery.”

“The Oxford English Dictionary and the Cambridge Dictionary, both bound in burgundy leather, lay on a wooden side table. Thatha once had my sister and me read Nicholas Nickleby, the almost one-thousand-page novel by Charles Dickens. Every few chapters he’d take the book, point to a page, and ask, “What’s the meaning of this word?” If I didn’t know, he’d say, “But you said you’d read these pages.” Then I’d have to look up the word and write two sentences to show I understood it.”

“When he talked, no one else did. He had studied math and law and, for decades, had presided over both civil and criminal cases. His marriage was puzzling to me. My grandparents had eight kids, but when I knew my grandmother before she died, they never seemed to speak. They lived in different parts of the house. He was entirely dedicated to his young grandchildren, introducing us to ever more sophisticated books and “ideas, explaining geometry theorems, and pressing for detail and clarity on our school efforts.

“My mother was always in motion—cooking, cleaning, loudly barking out orders, feeding others, and singing along with the radio. The house was eerily quiet when she wasn’t home. None of us liked that at all.”

“My father, an unusual man for the times, was around, too, assisting with the chores and helping care for the children. He had a master’s degree in mathematics and worked in a bank. He shopped for essentials, helped make beds, and he loved to compliment my mother when she made his favorite foods. He often allowed me to tag along with him. He was a quiet man, filled with wisdom and a wicked sense of humor.”

“I often refer to the Greek philosopher Epictetus’s saying: “We have two ears and one mouth, so that we can listen twice as much as we speak.” My father was a living example of this. He was adept at walking away from any tense situation without exacerbating it.”

“My mother celebrated every Hindu festival with the appropriate rituals, but no one acknowledged birthdays. My parents never hugged us, kissed us, or said, “I love you.” Love was assumed. We never shared fears or hopes and dreams with our elders. They just were not the kind to have those conversations. Any effort might be cut off with the words “Pray harder. God will help you find a way.”

“My mother’s favorite expression—often repeated several times a day—was “Matha, Pitha, Guru, Deivam.” It was translated by her to mean “Your mother, your father, and your teacher should be revered as God.”

Once a woman graduated, she was still expected to marry, have children, run the household, and rely on her husband and his family for her security. Working outside the home was frowned on. Some women worked as teachers, in offices, as nurses, or in retail stores, but many quit when they were matched with a suitable young man. A few—especially Anglo-Indian women, women from progressive families, or women from homes that were financially strapped—continued in their jobs. Brahmin women were less likely to work outside the home, even if they were highly educated.

“I had no money to spare. My scholarships and loans totalled about $15,000 a year, roughly evenly split, and I spent almost all on tuition, room, and board. I took a job working the front desk and the manual switchboard at Helen Hadley Hall three to four days a week, earning $3.85 an hour for midnight to 5 a.m. That was fifty cents an hour more than the daytime slot and $1.20 more than the minimum wage, which was $2.65 in those days. When the phone rang at reception, I’d buzz a resident’s room and put the call through to the hallway phone. All night, students ran down the hall in their nightwear and slippers to get their calls. I monitored the front door, sorted the mail, and did my homework.”

Multigenerational living, so natural in Asian households and many other cultures around the world, can be a tremendous advantage to working families. Mothers and fathers have an extra set of hands when they need them, and children and grandparents connect, building the kind of deep and lasting relationships that I had with Thatha and that Preetha has with my mother and Raj’s parents. This model also works for caring for our elders and allows for young adults to rely on support from the home base when they are venturing out in the world.

“In early 1995, PepsiCo filed its annual 10-K, the detailed report on our financial performance to the US Securities and Exchange Commission. Under “executive officers,” there was my name: Indra K. Nooyi, thirty-nine years. I was nervous and proud to be on that list. I remember the  job’s responsibility hitting me when I saw it.”

Good business demands tough decisions based on rigorous analysis and unwavering follow-through. Emotion can’t really play a part. The challenge we all face as leaders is to let the feelings churn inside you but then to present a calm exterior.

“We’d also set a financial goal: a dollar amount of savings for our retired life and more put aside to ensure the girls could be economically independent. And in the back of our minds, we always worried what would happen if one of us lost our job. Raj and I both working was our safety net—probably more of the typical immigrant mentality.”

Huge change has no shortcuts. It requires honesty, agility, and courage.

“I really believe that Africa, with its rich mineral and agricultural resources and young population, could be an economic gem in the next three to four decades if companies the world over properly invest in Africa, for Africa, and with Africa, including a keen sensitivity to individual country needs.” 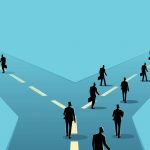 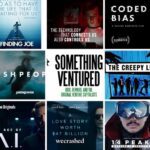