The 2022 National Bank Open was held between August 8 to August 14, 2022, as part of the 2022 US Open Series. The women’s event took place at the Sobeys Stadium in Toronto. This was my first time viewing a competition-level tennis tournament featuring one of my favourite female tennis players: Coco Gauff.

The first game of the afternoon was between Romanian Simona Halep and Brazilian Beatriz Haddad Maia. The game was well attended with lots of Romanian and Brazilian flags and fans in the stand. The atmosphere was electric and the game itself was really good. Halep won the game: 6–3, 2–6, 6–3

In the women’s doubles, American pair Coco Gauff and Jessica Pegula defeated American Nicole Melichar-Martinez and Australian Ellen Perez, 6–4, 6–7(5–7), [10–5]. Coco Gauff also ranked the WTA number 1 in doubles with the win, becoming the second-youngest player to attain the No. 1 ranking in history, after  Martina Hingis in 1997. 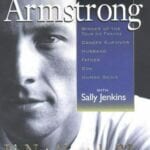 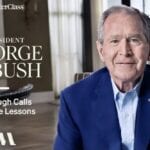