Michael Saul Dell (born February 23, 1965) is an American billionaire businessman and philanthropist. He is the founder, chairman, and CEO of Dell Technologies, one of the world’s largest technology infrastructure companies. He is ranked 30th richest man in the world according to Forbes, with a net worth of $USD 50.2 billion as of May 15th, 2021.

With revenues of $94 Billion and 158,000 team members, Dell Technologies is one of the world’s largest IT companies serving the needs of global corporations and governments to small businesses and consumers. The company’s unique structure allows innovative, fast-moving startups to co-exist with, and leverage, the global reach and trusted reputation of the large enterprise.

Michael’s story started when he founded Dell Technologies with $1000 in 1984 at the age of 19. Notably quoted as saying that “technology is about enabling human potential,” Michael’s vision of how technology should be designed, manufactured and sold forever changed the IT industry. In 1992, Michael became the youngest CEO ever to earn a ranking on the Fortune 500. Known and admired for his astute business vision and bold moves, Michael took Dell Technologies private in 2013, setting the stage to architect the largest technology deal in history with the combination of Dell, EMC and VMware in 2016 and the subsequent relisting of Dell Technologies on the public markets in 2018.

In 1998, Michael formed MSD Capital, a private investment firm that exclusively manages the capital for the Dell family.

In 2011, his 243.35 million shares of Dell Inc. stock were worth $3.5 billion, giving him 12% ownership of the company. His remaining wealth of roughly $10 billion is invested in other companies and is managed by MSD Capital, which incorporates his initials.  In January 2013 it was announced that he had bid to take Dell Inc. private for $24.4 billion in the biggest management buyout since the Great Recession. Dell Inc. officially went private in October 2013. The company once again went public in December 2018

In his 2003 University of Texas Commencement Speech, Michael Dell advised the graduating students to always seize the day and maximize opportunities:

As you stand here tonight, you are at the starting point of a wonderful journey. But it’s a journey that can only begin with your decision to embark. We are a nation of accomplishment, and this ceremony is a great testament to that. But the unspoken requirement of a commencement is that you now must commence. There are countless contributions and achievements that never occurred, all due to a failure to begin.

And now you’ve accomplished something great and honorable and important here at UT, and it’s time for you to move on to what’s next. But you must not let anything deter you from taking those first steps. You have an abundance of opportunities before you—but don’t spend so much time trying to choose the perfect opportunity, that you miss the right opportunity. Recognize that there will be failures, and acknowledge that there will be obstacles. But you will learn from your mistakes and the mistakes of others, for there is very little learning in success.

With the understanding that you will face tough times and amazing experiences, you must also commit to the adventure. Just have faith in the skills and the knowledge you’ve been blessed with and go. Because regrets are born of paths never taken.

Then, as you start your journey, the first thing you should do is throw away that store-bought map and begin to draw your own. When Dell got started, it didn’t come with a manual on how to become number 1 in the world. We had to figure that out every step of the way. And with each new product and new market, the industry “experts” said we’d fail. Just a few short years ago, we announced plans to build powerful computers at the center of the Internet (“servers” for those of you from the engineering school.) Through the chorus of naysayers, we emerged as a world leader in servers, and we continue to gain momentum. And as always, we did it our way, with customers—not the experts—in mind.

As you start your journey, the first thing you should do is throw away that store-bought map and begin to draw your own.

Michael is an honorary member of the Foundation Board of the World Economic Forum and is an executive committee member of the International Business Council. He is also a member of the Technology CEO Council and the Business Roundtable. He serves on the advisory board of Tsinghua University’s School of Economics and Management in Beijing, China and on the governing board of the Indian School of Business in Hyderabad, India. He is a board member of Catalyst and also served as the United Nations Foundation’s first Global Advocate for Entrepreneurship.

In 1999, he and his wife, Susan Dell, established the Michael & Susan Dell Foundation to accelerate opportunity for children growing up in urban poverty in the U.S., India and South Africa.

In May 2017 Dell donated $1 billion to his foundation, which focuses on child poverty; it makes both impact investments and charitable donations. 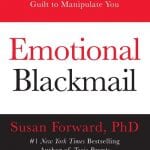 Book Summary – Emotional Blackmail: When the People in Your Life Use Fear, Obligation, and Guilt to Manipulate You by Susan Forward. 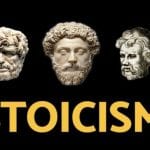