World-renowned cellist Yo-Yo Ma has spent more than 60 years connecting people with music. Now, the Grammy Award–winning artist is sharing that experience with you. Whether you’re a performer, a music lover, or simply a curious person, learn how music offers a way to develop connections, imagine new possibilities, and create strong communities.

Yo-Yo was born in Paris, France, to Chinese parents, both of whom were musicians (his mother was a singer while his father was a violinist, musicologist, composer, and music teacher). When Yo-Yo was four, his father began teaching him the cello, and by the time he was five, Yo-Yo could already play several of the Cello Suites by German composer Johann Sebastian Bach.

Yo-Yo’s family scraped together the money to visit relatives in the United States, and while there, Yo-Yo gave a concert at a church.

As recounted in American author Jim Whiting’s 2008 Yo-Yo Ma: A Biography, there was a teacher in the audience who, impressed by the performance, invited Yo-Yo’s father to run her school’s children’s orchestra and thus move the family to America permanently. Shortly after the family moved, the legendary Spanish cellist Pablo Casals heard Yo-Yo play. Casals then lobbied renowned American conductor Leonard Bernstein to let the young cellist perform in front of then-U.S. President John F. Kennedy at An American Pageant of the Arts, a fundraiser and telecast for the National Cultural Center (now known as The John F. Kennedy Center for the Performing Arts) in Washington, D.C.

At nine years old, Yo-Yo auditioned to be tutored by the acclaimed American cellist Leonard Rose. Rose was awed by Yo-Yo’s talent and agreed to teach him at New York City’s storied Juilliard School.

Yo-Yo gave his first solo recital at New York’s Carnegie Hall when he was only fifteen years old. His performance received a glowing review from the New York Times and also impressed the great American pianist Emanuel Ax, then in his early twenties, who would ultimately become a longstanding collaborator of Yo-Yo’s.

Yo-Yo’s four years at Harvard were formative. He not only nurtured a relationship with Jill Hornor, a student at the American women’s college Mount Holyoke who would become his wife, but he also indulged his voracious appetite for learning about everything that caught his imagination. He wasn’t a model student, but his multifaceted career has often been credited to his decision to attend college rather than jump straight into a professional music career.

Yo-Yo was diagnosed with scoliosis, a condition where the spine curves in an Sshape, and he needed an operation to correct the alignment before his bones stopped growing. There was a risk of total paralysis, but fortunately the operation was a success. Yo-Yo spent the following six months in a cast that was specially adapted to allow him to play cello. He would later tell BBC Radio 4 in a 2021 interview that his musical career thereafter felt like a “gift.”

In the same year as the birth of his son, Nicholas, Yo-Yo acquired two other babies: a 1733 cello made by famed Italian instrument maker Domenico Montagnana, and the extraordinarily precious Davidoff Stradivarius, a 1712 instrument formerly played by British cellist Jacqueline du Pré. The Stradivarius cello was initially a loan to Yo-Yo from du Pré, but in 1987, it was bought by an anonymous benefactor who permitted Yo-Yo to use the instrument for life.

The same year Yo-Yo obtained his two cellos, he recorded Bach’s Cello Suites, which would garner his first Grammy win from the American Recording Academy, one of the music industry’s highest honors. He has since gone on to win seventeen additional Grammy Awards to date for performances of works by Brahms, Beethoven, and Prokofiev, among others. 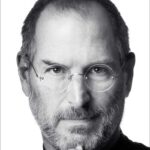 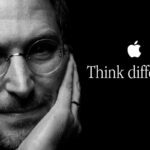