Will Wright is best known for bringing simulation games based on virtual worlds to the forefront of popular culture with his groundbreaking computer game, SimCity, and later, The Sims — a life simulation game that became one of the best-selling video game franchises of all time. Wright co-founded Maxis Software in 1987, launching SimCity shortly after, and a series of spin-off games over the course of three decades, earning him acclaim as one of the most revolutionary game designers worldwide.

He was presented with the Lifetime Achievement Award at the 2001 Game Developers Choice Awards, inducted into the Academy of Interactive Arts and Sciences’ Hall of Fame in 2002, and recognized as a British Academy of Film fellow in 2007, among other accolades. Wright is currently working on Proxi, a groundbreaking game slated to come out next year which will enable people to play in scenes rendered from their own memories.

The Fundamentals of Games Design 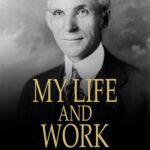 My Life And Work by Henry Ford. 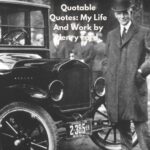