For the groundbreaking mathematician, logical thinking goes beyond theorems and solutions—it’s the key to changing minds and, in some cases, saving lives.

Terence Tao loves a tough problem—the kind that makes you sweat. His work in number theory ¹ and quantum mechanics has solidified his reputation as one of the most powerful minds on the planet, all while opening countless eyes to the beauty, artistry, and universal relevance of mathematical thinking.

An expert is a man who has made all the mistakes which can be made, in a narrow field. – Niels Bohr

Mathematical thinking is actually an extension of ordinary everyday thinking. It’s not magic.

It’s okay to fail! Failing is how you learn to approach problems differently, and find creative solutions.

Born and raised in Adelaide, Australia, Terence found an early mentor in his mother, a high school math teacher. By the age of seven, Terence was learning calculus; by nine, he was taking it at the university level. Within a few years, he was competing in international mathematics competitions.

Terence went on to earn his Ph.D. from Princeton University in New Jersey and join the faculty at the University of California, Los Angeles (UCLA). At the age of twenty-four he was promoted to full professorship, a role he continues to hold.

He has received the Fields Medal, the highest prize that mathematics has to offer; a MacArthur Fellowship, also known as a “genius grant”; and a Royal Medal from the U.K.’s Royal Society, the oldest continuously running scientific academy in the world.

He’s also authored or coauthored more than three hundred research papers that have been cited more than eighty three thousand times, and he’s published more than a dozen books.

Terence is particularly renowned for his work on prime numbers.

For Terence, prime numbers are endlessly fascinating. These are whole numbers larger than one that can be divided evenly by only themselves and one. (Think: 2, 3, 5, 7, and 11.) Primes are considered number theory’s fundamental building blocks, but they are enigmatic: Mathematicians don’t exactly understand why they show up where they do. Sometimes pairs of primes, or so-called “twin primes,” appear just two numbers apart, like 5 and 7.

In collaboration with the British mathematician Ben Green of the University of Oxford in Oxford, England, Terence found that, no matter how long of a string of primes (like 3, 7, and 11) with a constant gap (in this case, a distance of four) between them, there would always be a string that’s longer. Their proof stands among the most significant discoveries since the Greek mathematician Euclid proved—more than two millennia ago—that the number of prime numbers is infinite.

In the mid- to late2000s, he collaborated with French statistician Emmanuel Candès to advance concepts that allow the creation of high-quality images with less data, slashing the time an MRI4 machine needs to collect information.

Terence’s work in this field heralded advances in other realms that rely on 5 sensing technology, including seismology and astronomy (the study of earthquakes and space, respectively). 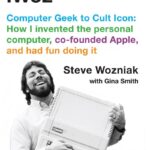 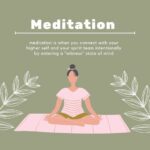