“The brave don’t live forever but the cautious don’t live at all. The only thing that’s truly terrifying is the unlived life.” ― Bill See

Sir Richard Branson, The founder of the Virgin Group built a business empire by solving the problems that fascinated him, disrupting every industry he touched, and pursuing dreams that seemed impossible. The adventure took him from humble beginnings to the stars.

Virgin Group, the multinational conglomerate Richard founded in 1970, has operated in a vast array of sectors, including travel and leisure; telecommunications and media; music and entertainment; financial services; and health and wellness. Regardless of the industry, Richard always asks how Virgin can do things “a bit differently.”

This is why Virgin music stores were set up to allow customers to linger rather than being rushed out the door, and why passengers on his airlines were able to buy one another martinis with the tap of a screen. When Virgin Voyages, his cruise line, was launched in 2021, passengers were offered permanent mementos via the onboard tattoo parlor, Squid Ink.

Born in 1950 in Surrey, England, Richard was constantly urged by both parents to test his limits and form his own opinions. His mother was a World War II veteran, ballet dancer, actor, and flight attendant whose myriad projects and side hustles gave Richard an early glimpse of entrepreneurial fire. His father, a lawyer, led family debates about his legal cases—including ones that involved pornography and the legalization of drugs—at the dinner table.

He struggled to read because of his dyslexia, a condition that affects the brain’s ability
to identify speech sounds and how they relate to the written word.

He endured frequent beatings for his “poor classwork.”

At age fifteen he founded Student magazine, which aimed to challenge the way the era’s youth were perceived in an increasingly turbulent society. When he left school to focus on the magazine, in 1967, his headmaster bid him adieu with the prediction that Richard would land in prison or become a millionaire.

Virgin Mail Order, which offered records at discount prices. From the mail-order business came the Virgin Records shop, opened in London’s West End in 1971. Two years later, Richard’s record label released its first slate of albums— four long-players, three of them deeply experimental, none of them giving any hint that the same label would soon release Never Mind the Bollocks, Here’s the Sex Pistols, one of the era’s most controversial records. 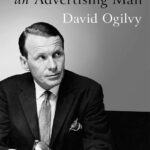 Confessions of an Advertising Man by David Ogilvy. 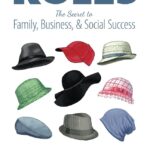