In her masterclass, American businesswoman & CEO of Walgreens Boots Alliance, Rosalind “Roz” Brewer uses her challenges and triumphs to guide executives, entrepreneurs, and employees alike through the process of leadership via innovation.

Fortune 500 CEO Rosalind Brewer has led iconic companies like Walgreens, Starbucks, and Walmart. But her career has been more than a rise to the top—it’s been an enduring quest to innovate while maintaining deep integrity. In her class, Rosalind is teaching CEO-level strategies for team leaders of all types. Learn how to promote innovation, gain buy-in on big ideas, and stand out as the leader you know yourself to be.

Rosalind “Roz” Brewer was a precocious kid that grew up in a blue-collar Detroit household. Roz was the youngest of five siblings, and both of her parents worked in the city’s robust automobile industry.

Having studied chemistry at Spelman College, the historically Black women’s learning institute in Atlanta, Georgia, Roz put her education to use at Kimberly-Clark, a Texas-based company specializing in paper goods. She started as a scientific research technician and stayed at the company for more than 20 years, ultimately running manufacturing and operations.

The term servant leadership was conceived by Robert K. Greenleaf, a former executive at the American telecommunications company AT&T, who in 1970 wrote an essay titled “The Servant as Leader.” He was inspired by the novel The Journey to the East by German Swiss writer Hermann Hesse, in which a servant named Leo keeps up the morale of a party making a pilgrimage. Spoiler: Leo disappears, and the party realizes that they were relying on the servant as a leader.

“When do you peak?” Roz asks. “When are your best moments? What gives you charge, and what makes you feel challenged so that you contribute?” Try to schedule your most important obligations according to your answers.

Use time-management apps to monitor your social media habits, and try putting your phone away during work if you don’t need it. (You can, of course, use it during breaks.) If you need your phone for work, silence all nonessential notifications.

Take one day and use a timer to find out how long you spend checking your email, preparing for meetings, chatting with colleagues, etc. Determine where you may be spending too much time or too little, or where your energy is draining out needlessly

Try identifying the skill sets of your teammates so you know when a task should be handed off. You can even write up a skills cheat sheet to refer to when you’re stuck.

Make sure meetings and one-on-ones end with clearly defined tasks.

6. Focus on Deliverables, Not Schedules

If you’re a manager, let your reports figure out how they’re going to bring in the necessary results. Avoid fixating on arbitrary time frames.

If a task is taking too long, move on and work on something else for a while before coming back to it. You may find that you feel less stuck on the second try

Identify the most important events in your personal life, put them on your work calendar, and, whenever necessary, let your colleagues know that those events can’t be moved.

Clear some time on Friday afternoons so you can look back on the week and set some goals for the next one.

If you simply do not have the bandwidth to take on a new task, or if that task isn’t relevant to your work, tell that to the person who’s aiming to assign it to you.

It’s important for you to build that intestinal fortitude that says, ‘If I don’t inform the organization of what my priorities are…I’m going to be the one that suffers. 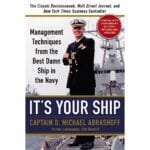 Book Summary: It’s Your Ship: Management Techniques from the Best Damn Ship in the Navy by Captain D. Michael Abrashoff. 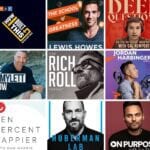