Leadership is setting an agenda with clear goals, and motivating people to achieve those goals.

President George W. Bush did stints in the military, business, and baseball before being catapulted to national prominence in his late forties. With insight from Mrs. Laura Bush, the former commander in chief opens up about the tough calls and life lessons that shaped his career. In the space of a single decade, he won four major elections, serving as a successful bipartisan governor of Texas and leading America through one of the greatest crises of the modern era: the September 11, 2001, terrorist attacks

The Life of George W. Bush

George H.W. Bush moves his young family to West Texas to begin a career in the oil industry. The following year, he is transferred to Southern California, where he works as a traveling salesman. President Bush’s sister Pauline Robinson Bush, known as Robin, is born.

The Bush family returns to West Texas, settling in the oil town of Midland. President Bush’s brothers Jeb, Neil, and Marvin are born there over the next six years.

Robin dies of leukemia at age three. Barbara would later recall that President Bush, then seven years old, stopped playing with his friends to try to cheer her up

Like his father before him, President Bush attends high school at Phillips Academy Andover, a boarding school in Massachusetts.

President Bush begins college at Yale University. In the fall of 1964, George H.W. Bush launches his political career, running unsuccessfully for the U.S. Senate in Texas.

President Bush assists his father (then a member of the U.S. House of Representatives) in another unsuccessful Senate campaign. George H.W. Bush is later appointed U.S. ambassador to the United Nations.

As his service in the National Guard nears its end, President Bush learns that his application to Harvard Business School in Cambridge, Massachusetts, has been accepted.

After earning his master of business administration from Harvard, President Bush returns to Midland, Texas, to start a career as a landman—someone in the oil business who scouts drilling sites and acquires leases from property owners.

A summertime barbecue at the home of two friends gives President Bush the chance to meet Laura Lane Welch, a Midland native working as a schoolteacher and librarian. The two fall in love quickly and are married within five months.

President Bush takes a shot at a political career, running for a West Texas seat in the U.S. House of Representatives. Although he wins the Republican primary, he loses the general election to Democratic state senator Kent Hance. (Hance will be the only candidate ever to defeat President Bush in a general election.)

Laura gives birth to twin daughters, Barbara and Jenna— named after their grandmothers

President Bush temporarily moves to Washington, D.C., to work on his father’s presidential campaign. George H.W. Bush is elected as the forty-first president of the United States, becoming the first incumbent vice president to be elected president since Martin Van Buren in 1836.

President Bush returns to Texas, moving to Dallas and assembling a group of investors to purchase the Texas Rangers baseball club. As managing general partner, President Bush will travel the state promoting the team and gain valuable experience leading a large organization.

President Bush runs for governor of Texas and wins in what The New York Times calls “a stunning upset” over popular governor Ann Richards, a Democrat.

President Bush moves to Austin, Texas, and takes office as the forty-sixth governor of the state. Since Texas is still heavily Democratic at the state level, he pledges to work closely with Democrats Bob Bullock, the lieutenant governor, and Pete Laney, Speaker of the Texas House of Representatives.

President Bush is reelected as governor of Texas on November 3, earning a record 69 percent of the vote as well as significant Democratic support based on his bipartisan initiatives in education and other areas. On the same day, his brother Jeb is elected governor of Florida.

President Bush announces that he will run for U.S. president in 2000 on a platform that he describes as “compassionate conservatism,” combining principles of limited government with objectives to help vulnerable members of society

After prevailing in the Republican primary over U.S. senator John McCain of Arizona and other candidates, President Bush defeats the Democratic nominee, then– vice president Al Gore, in one of the closest presidential elections in American history. The final count in the Electoral College—the voting system prescribed by the Constitution for electing the president of the United States—is 271 to 266. (A candidate must receive 270 votes to win.) The pivotal state of Florida decided the outcome by only a few hundred ballots.

On January 20, President Bush is inaugurated as the forty-third president of the United States. He initially focuses on domestic issues, such as education and tax cuts, but terrorist attacks on September 11 transform him into a wartime president. 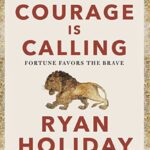