I have three D’s that I always say in my head: determination, dedication, and drive. Never let anyone change the way you feel about yourself. – Naomi Campbell

Global icon Naomi Campbell has appeared on more than 500 magazine covers and countless runways. Now she’s sharing the lessons she’s learned from decades of successfully navigating the fashion industry, all while staying true to who she is.

Scouted at age 15, and now she is a pillar of the modelling profession. She is a cultural icon whose work ranges from fashion to film to philanthropy.

How Naomi Campbell got her start

Naomi originally planned to follow in her mother Valerie’s footsteps and pursue a career in dance—but in 1985, she was discovered by a modeling scout while hanging out with friends in London’s Covent Garden.

More than 500, including Harper’s Bazaar, ELLE, and the American, Italian, French, and British editions of Vogue.

Naomi founded Fashion for Relief in 2005. The charity brings together top models, designers, and celebrities for an annual fashion show fundraiser whose proceeds have gone toward aid for those impacted by Hurricane Katrina, the 2010 earthquake in Haiti, and Ebola outbreaks, among other causes.

Ellen Ford first brought Naomi to the United States. Ellen along with her husband, Jerry, founded and ran the internationally recognized Ford Models— made sure her models felt safe and cared for.

Naomi met the late Italian designer in a chance encounter in 1987 and went on to become one of the main muses at his namesake fashion house. Versace was a major force who propelled Naomi’s international rise, with the model regularly starring in the designer’s larger-than-life runway shows in the 1990s—shows that could feature Prince and Elton John sitting in the front row and Australian rock band INXS playing live.

Before Versace’s tragic murder in 1997, Naomi says the two were so close that Versace called her “sister.

In 1989, the English American powerhouse featured Naomi on the cover of Vogue’s September issue; at the time, Naomi was the first Black model to appear on what is considered by the fashion industry to be the most prestigious cover of the year.

Naomi met the late Tunisian couturier in Paris when she was 16. Soon, the two of them built a bond that felt more like family than business. Naomi became Alaïa’s muse and fit model (someone a fashion designer works with to check the fit and appearance of in-progress designs); she even called him “Papa” and stayed in his home when she was in the French capital.

When he showed his 2017 couture collection, Naomi opened and closed the show. She became the final model to wear his designs on the catwalk before he passed away later that year.

The Ghana-born Editor-in-Chief of British Vogue broke barriers of his own as the first Black person (and the first male) to fill the role. Naomi trusted him with publishing photos of her with her infant in a cover shoot for British Vogue in March 2022.

For more than 30 years, the American photographer has built an artistic bond with Naomi that’s so strong, it doesn’t require words.

Naomi met Westwood when she was 16, and more than three decades later, in 2020, appeared in her first advertising campaign for the English designer and punk progenitor. In the intervening years, the two made accidental fashion history when Naomi stumbled on the catwalk while walking in Westwood’s 1993 runway show.

In the period after World War II, “models were becoming celebrities,” according to the American newspaper The New York Times. Case in point: British supermodel Barbara Goalen’s wedding is crowded with spectators, while American Suzy Parker—who poses in an early designer bikini shoot—nets $100,000 a year and stars in films alongside Hollywood superstar Cary Grant.

Beverly Johnson Becomes a Sensation The American becomes the first Black model to land on the cover of U.S. Vogue. It’s a watershed moment for racial inclusion: Soon, many American fashion brands begin featuring Black models in marketing materials. Johnson goes on to have an illustrious career in U.S. television and publishes multiple books.

Bob Marley Jumpstarts Naomi’s Career At the age of seven, Naomi makes her first public appearance in the music video for Bob Marley’s “Is This Love.” In the video, the Jamaican reggae legend tucks Naomi under a blanket, an experience she later recalls as the “most exciting” opportunity of her burgeoning career.

Naomi’s Pivotal Year At age 15, Naomi is discovered by model scout Beth Boldt in London’s Covent Garden. Her mother has reservations but allows Naomi to model, as long as she continues her schoolwork. Within three months, British ELLE hires Naomi for shoots in New Orleans, Louisiana, and Pensacola, Florida. She later travels to Paris where she walks in the Chanel runway show and meets the designer Azzedine Alaïa.

When a model goes out to meet an agent/agency, manager/management company, or designer.

On Rejection – It is not personal

You’re not going to get every job you try out for, so learn to embrace rejection and not fear it. Find constructive ways to process your disappointment so that you don’t miss out on the next opportunity waiting ahead.

Seasonal advertising for a brand or product that lasts six months. Spring/Summer campaigns launch in February, and Fall/Winter comes out in August.

A series of fashion or beauty images based on a particular theme or story intended for publication in a fashion magazine. 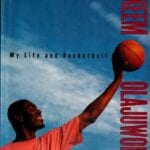 Living the Dream: My Life and Basketball by Hakeem Olajuwon 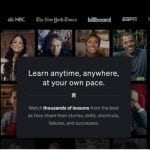