Known as one of the greatest philanthropists in history, Melinda French Gates has dedicated her life to giving back to the world.

In 2020, charitable giving represented 2.25 percent of the U.S. gross domestic product (GDP). These days, 67 percent of all households donate an average of 4 percent of their income to charity (the rest don’t donate at all), but studies have consistently found that those in the lowest-income bracket give away a significantly greater percentage of their income than wealthy individuals do.

Melinda Ann French is born in Dallas, Texas, to Ray French, an aerospace engineer, and Elaine French, a stay-at-home mom of four. Though Elaine never attended college, she instills in her daughter a love of learning and urges her to forge her own path.

Melinda attends Dallas’s St. Monica Catholic School, where she excels in math. She later enrolls at Ursuline Academy of Dallas, an all-girls Catholic high school, where she develops a love for computer science thanks to a teacher, Mrs. Bauer.

After graduating from Ursuline as valedictorian, Melinda sets off for Duke University in North Carolina, where she majors in computer science and economics. During her summer breaks, she interns at the global tech company IBM

Melinda enrolls in a master’s degree program in business administration at Duke’s Fuqua School of Business.

Melinda is offered a job at IBM but is persuaded by one of its own employees to instead accept an offer from a small software company in Seattle, Washington, called Microsoft. There, she works as a marketing manager for company-owned software titles such as Expedia, Encarta, and Microsoft Works, among others. Four months after her hiring, she hits it off with Microsoft CEO Bill Gates following a computer trade show in New York.

Bill and Melinda travel to Africa for the first time. The trip opens the couple’s eyes to extreme poverty, and they ask themselves fundamental questions about philanthropy and how they might leverage their wealth to improve the lives of others.

Melinda and Bill, now married, launch the earliest version of the Bill & Melinda Gates Foundation, focusing on global health and community needs in America’s Pacific Northwest. Initially it’s named the William H. Gates Foundation after Bill’s father, an army veteran and prominent Seattle lawyer. In the beginning, the elder Gates manages the foundation, which is largely funded by Bill and Melinda.

After learning that extraordinary numbers of children were dying from diarrhea-related illnesses each year, including 450,000 from a common contagion called rotavirus, Melinda and Bill Gates donate $750 million to launch the Global Alliance for Vaccines and Immunization (GAVI). Since 2000, all child deaths have been reduced by nearly 50 percent, thanks in large part to vaccines.

Melinda and Bill consolidate their organizations into the Bill & Melinda Gates Foundation, contributing nearly $16 billion to the new venture with the goal of streamlining their grantmaking and expanding their mission. At the time, the foundation ranks as the largest philanthropic trust in the United States.

In keeping with its public-health mission, the foundation commits $50 million to support the Global Fund to Fight AIDS, Tuberculosis, and Malaria, which seeks to mitigate those illnesses with expanded healthcare access. The foundation is one of the fund’s earliest supporters, having committed a total of $100 million in 2002 and 2003.

American business magnate Warren Buffet pledges to give most of his fortune to the Bill & Melinda Gates Foundation to accelerate work underway in global health and development. His lifetime pledge totals $31 billion in stock.

Melinda commits $1.5 billion of foundation money between 2010 and 2015 to support maternal and child health, family planning, and nutrition programs in countries where access to modern healthcare is limited.

The foundation and the U.K. government fund a study published in The Lancet, a medical journal, finding that better access to contraception could cut the maternal death rate in 172 countries by a third. Sensing that women’s health is not central to the global health agenda, Melinda begins speaking out about the importance of family planning. In a fiery speech at the London Summit on Family Planning, she pledges to help make contraceptives available to 120 million more women around the world and formally kicks off the foundation’s family-planning strategy, which is still underway.

Melinda founds Pivotal Ventures to help accelerate the pace of social progress in the United States by removing barriers that hold people back. Leveraging philanthropic grantmaking, private investments, partnerships, and advocacy, Pivotal is dedicated to (among other issues) getting more women, especially women of color, in positions where they can make decisions, control resources, and shape policies and perspectives.

In her and Bill’s annual letter about the foundation, Melinda spotlights the unpaid labor that women in the United States and around the world perform every day. Globally, women spend about four and a half hours a day, on average, doing unpaid work— while men spend less than half that much time—and the burden falls heaviest on women in poor countries. In the letter and subsequent interviews, Melinda calls for increased innovation in labor-saving technologies; the identification and dismantling of harmful cultural norms; and expanded access to paid family and medical leave.

Melinda publishes the book The Moment of Lift: How Empowering Women Changes the World, an intimate account of her advocacy for gender equality and global health. Sharing a number of compelling stories from women she’s met along her travels, Melinda makes the case that investments in gender equality, no matter where you are, improve the overall health of a society. She also commits $1 billion over the next ten years to expanding women’s power and influence in the United States through Pivotal Ventures.

Through their foundation, Melinda and Bill begin donating a total of more than $2 billion to help the global fight against the coronavirus, with funds going to the development, manufacture, and equitable delivery of vaccines, tests, and therapies; the money is also meant to address other urgent public-health actions in the U.S. and around the world. Additionally in 2020, the World Health Organization African Region is certified free of the wild poliovirus—global polio eradication is a cause the Bill & Melinda Gates Foundation has supported since its inception.

A mode of giving that takes concepts and techniques from the worlds of venture capital and business management and applies them to philanthropic efforts. Donors practicing venture philanthropy view their gifts as investments, bringing the same analytical rigour they would use to assess the prospects of a for-profit organization.

An independent legal entity established exclusively for charitable purposes. A private foundation is typically funded by a single individual, family, or corporation; by contrast, a public-supported charity receives the bulk of its funding from the general public.

Any private foundation that spends at least 85 percent of its adjusted net income directly on its tax-exempt cause.

Giving guided by an overarching strategy to make a specific impact. Strategic givers choose intentionally among many options based on predetermined criteria.

A philosophical and social movement that draws on empirical evidence and reason to determine how to benefit as many people as possible.

An organization that must either receive a major part of its support from other public entities, or acquire less than a third of its assistance from investment income and at least a third from contributions, membership fees, and receipts related to its general operations.

A relatively new term to describe giving that seeks to empower those that are receiving philanthropic dollars. The principles behind this type of philanthropy hold that organizations receiving money deserve transparency, simplified paperwork, the ability to give feedback, and multiyear unrestricted funding from grantmakers. 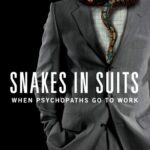 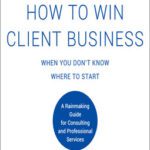 Book Summary: How to Win Client Business When You Don’t Know Where to Start by Doug Fletcher.