Professional diplomats represent the concerns and goals of their country in discussions, negotiations, and conflicts abroad. But diplomacy isn’t reserved for the foreign service: All of us have to negotiate relationships in our personal and professional lives. And all of us can learn from the skills that professional diplomats spend their lifetimes cultivating.

In this class, Secretary Madeleine Albright and Secretary Condoleezza Rice share insights, born from their years of experience, about navigating disagreements, making difficult decisions, and negotiating for mutual gain.

BORN IN CZECHOSLOVAKIA, Secretary Albright immigrated to the United States as an eleven-year-old refugee in 1948 after Communists took over her home country in a coup. Her family moved to Denver, Colorado, where her diplomat father (who had worked in the Czechoslovak Foreign Service) taught international studies at the University of Denver.

Secretary Albright became a U.S. citizen in 1957 and, like her father before her, went on to pursue a career in diplomacy. In 1997, she became America’s sixty-fourth secretary of state, serving under President Bill Clinton. She was the first woman to hold the position, moving her into the highest rank of any woman in the history of American government up to that point.

Professor in the Practice of Diplomacy at Georgetown University’s Edmund A. Walsh School of Foreign Service in Washington, D.C.; chair of the Albright Stonebridge Group and Albright Capital Management LLC, a global business strategy firm and a global investment firm, respectively; chair of the National Democratic Institute, an American nonprofit organization focused on aiding democratic institutions around the globe; president of the Truman Scholarship, which awards grants to American college students interested in pursuing graduate studies and careers in public service; member of the board of directors of the Council on Foreign Relations, an American think tank focused on foreign policy.

Her pin collection, which she often used as a diplomatic signal.

Diplomacy isn’t chess; it’s billiards. That is, you take your shot hoping to land your ball in the pocket, but as often as not, you set off a difficult-to-predict chain reaction.

NATIVE OF ALABAMA, Secretary Rice grew up during the Jim Crow era: the period in which legal segregation and discrimination against African Americans was the norm throughout America’s southern states. After studying political science at the University of Denver (more on that below), she would go on to pursue careers in academia, national security, and diplomacy. In 2001,

Author of two bestselling books; recipient of eleven honorary doctorate degrees; provost of Stanford University, where she was the youngest person, first woman, and first person of color to hold that position.

Her musical talents. She nearly pursued a career as a concert pianist, until she took an international relations course at the University of Denver with Professor Josef Korbel, Secretary Albright’s father, who became Secretary Rice’s mentor.

Without diplomacy, nations face a higher probability of misunderstanding and violence. Diplomats are, in a sense, peacekeepers.

As decisions that require participation from multiple countries emerge, diplomats seek to negotiate solutions, avoiding conflict along the way.

Some diplomats, including U.S. ambassadors, are appointed. Others are career foreign service officers who apply and are interviewed for their future role, which bears a closer resemblance to hiring practices in the private sector. 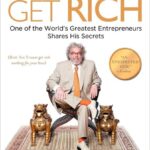 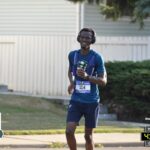