You’re constantly humbled before the craft.

From The Terminator and Titanic to Avatar, James Cameron has directed some of Hollywood’s biggest blockbusters. Now, for the first time in his 40-year career, he opens up about his process. Through behind-the-scenes breakdowns, James shares his approach to developing ideas, storylines, and characters; harnessing technology; and worldbuilding on any budget. Explore the innovation and imagination behind epic moviemaking.

Born in Ontario, Canada, in 1954, James was fascinated by science fiction books and movies from a young age.

He moved to the United States at 17 and initially studied physics at Fullerton Junior College, now Fullerton College, before switching to English and eventually dropping out. A trip to the theater to see George Lucas’s Star Wars reignited his interest in filmmaking; the cinematic experience was so moving that he drove a truck to support his fledgling screenwriting career and spent time studying books on visual effects (VFX) at the library.

At 24 years old, James directed his first movie with a budget—a $20,000 sci-fi short called Xenogenesis—that he funded thanks to contributions from a consortium of California dentists.

The short opened doors to a number of jobs in the entertainment industry: James worked as a model maker, an art director, a special effects artist, a production designer, and, finally, as the director of the independent horror film Piranha II: The Spawning. It was a disastrous production, and while filming in Rome, James came down with a fever that induced nightmares. In one, he saw the figure of a chrome skeleton emerging from flames.

Sold Terminator for One Dollar

The dream proved to have some legs. It became the genesis of The Terminator, a script that James sold to producer Gale Anne Hurd for one dollar—on the condition that he could direct the film. In doing so, he established himself as a creative force: The Terminator was a film that, thanks to James’s expertise in special effects, far exceeded the ambitions of its relatively meager $6.4 million budget (it went on to gross $78.4 million worldwide and launch a film franchise, a TV show, comic books, and endless merchandising opportunities). But there was more to it than that. The Terminator showcased James’s instincts as a director and storyteller— his now-legendary attention to detail, his masterful command of action and suspense, his perceptive ability to make high-concept sci-fi stories driven by human beings.

It became the genesis of The Terminator, a script that James sold to producer Gale Anne Hurd for one dollar—on the condition that he could direct the film.

It’s difficult to believe now, but there was a time when it looked like Titanic would sink James’s career. The production, which included a nearly full-size replica of the ill-fated ship, was wildly over budget, and the Hollywood press had little faith in the director of The Terminator and Aliens telling the story of, in the words of James’s original movie pitch, “Romeo and Juliet on the Titanic.” But this was James’s passion project, and he refused to compromise his vision. (At one point, the chairman and CEO of Fox asked him to cut scenes in order to reduce costs. James told him, “If you want to cut my film you’ll have to fire me, and to fire me you’ll have to kill me.”) The director eventually forfeited his own salary in order to free up funding. All told, Titanic cost a remarkable $200 million, which in 1997 made it the  most expensive film ever made. But, it was also the first film to gross over $1 billion and to date, it has grossed more than $2 billion worldwide.

Titanic cost a remarkable $200 million, which in 1997 made it the  most expensive film ever made. But, it was also the first film to gross over $1 billion and to date, it has grossed more than $2 billion worldwide.

When it was released in 2009, Avatar was unlike anything anyone had ever seen before. It changed movies overnight. It gave rise to the short-lived 3-D boom. It cost around $240 million to make. As of 2021, it has made $2.8 billion—making it the highest-grossing movie of all time. Moreover, the technology James so painstakingly developed has been used to push cinema forward.

Another door would come along if you stay at it. When you jump through that door and you say you are ready to do this, you have to have prepared for that moment by being a sponge, being curious, by observing everything that you can to prepare yourself for that moment. 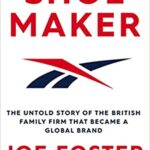 Shoemaker: The Untold Story of the British Family Firm that Became a Global Brand by Joe Foster. 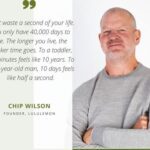 Quotable Quotes -The Story of Lululemon by Chip Wilson.